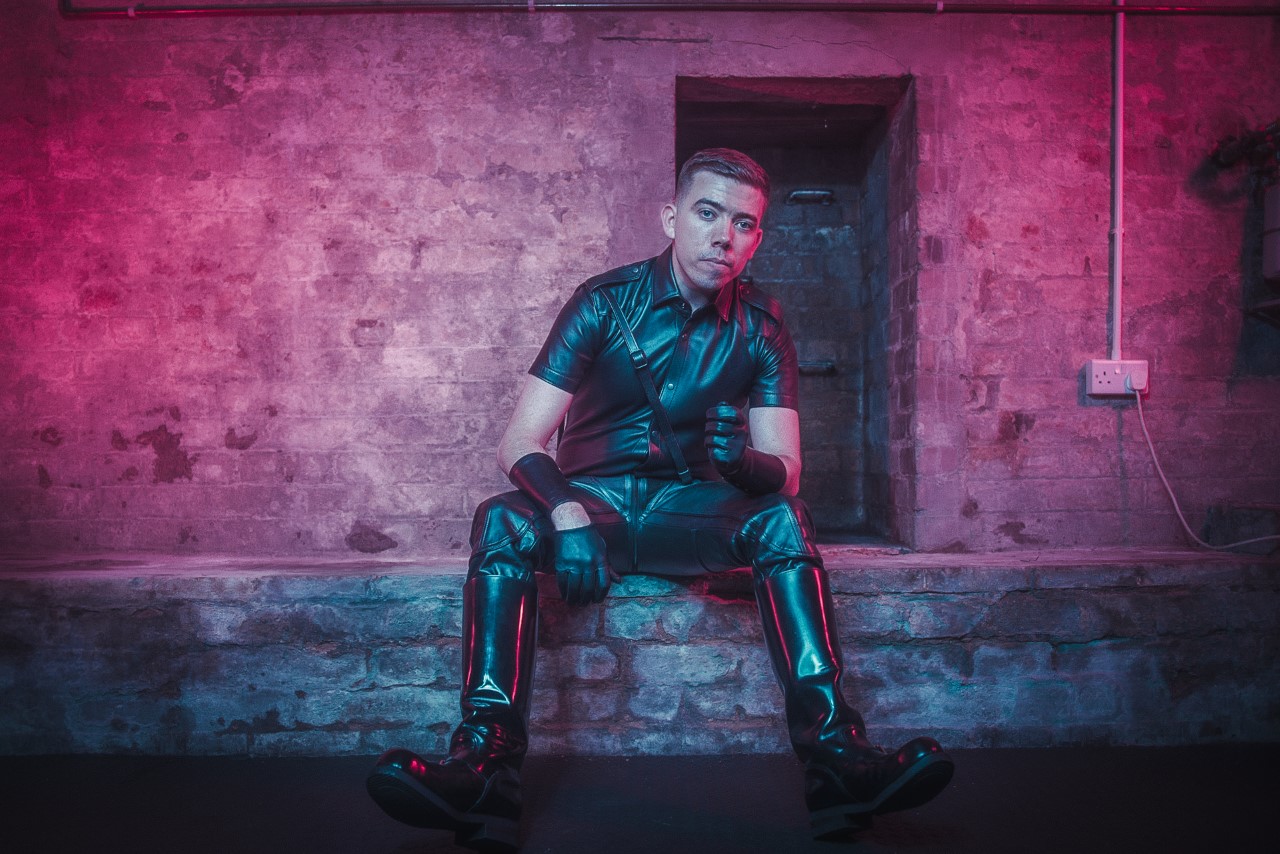 Over 50,000 people follow his gear-clad and fetish-focused sexual exploits online, but how well do we really know him? Two months after they shared the Mister B stage at Folsom for a panel on Kink & Social Media (watch here), Clark catches up with Greg (He/Him), who paints a much more nuanced picture of the fears and the fun that make up his successful content-creator career as Corium101. 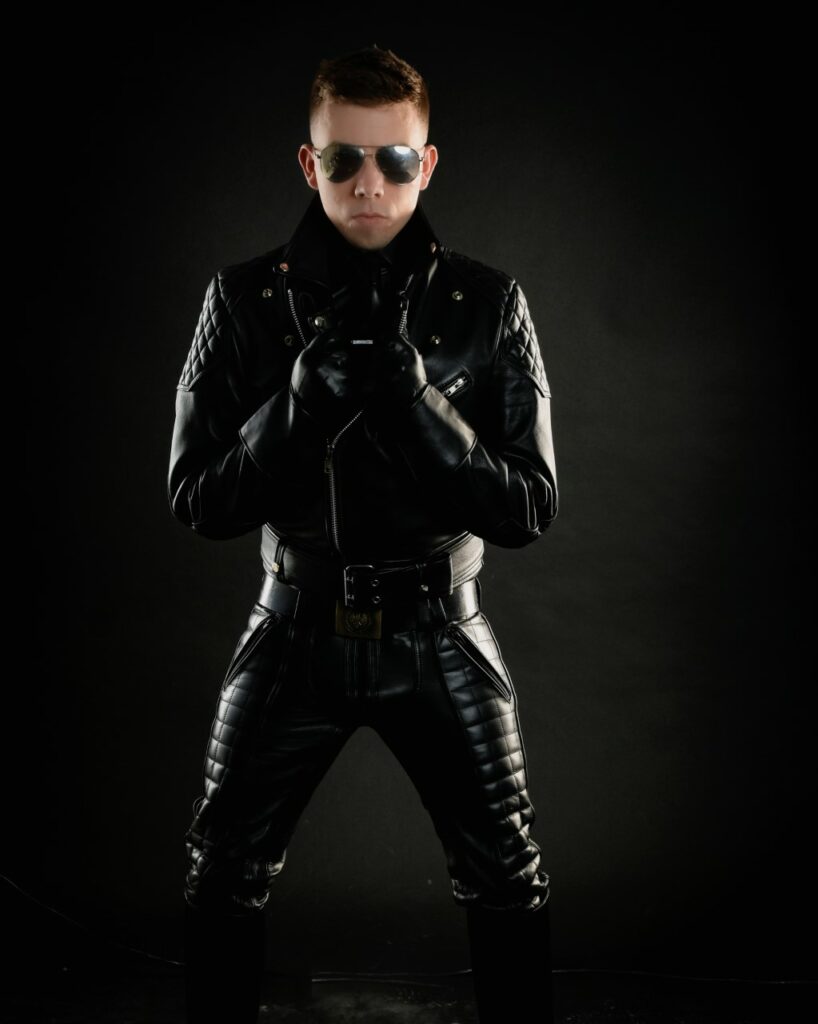 Let’s start at the beginning. What was your first experience in the world of adult entertainment?

“I was based in London at the time, and I was approached by a porn studio interested in doing some ‘test’ scenes with me. The first shoot I ever did was terrifying but also incredibly exhilarating. There were around fifteen of us, and we all had to go off and do individual scenes. The final scene I shot, which, to put it in context, was the sixth scene I had been in that day, was a prison interrogation scenario. Now, bear in mind we were filming this in the middle of January… in the showers of a rugby club, with no heating. So there I was being stripped, butt-naked, and power-hosed down in freezing conditions and thinking to myself, ‘oh my god, what the hell am I doing with my life?’. It felt ridiculous at the moment, but I’m sure the footage is super hot.” 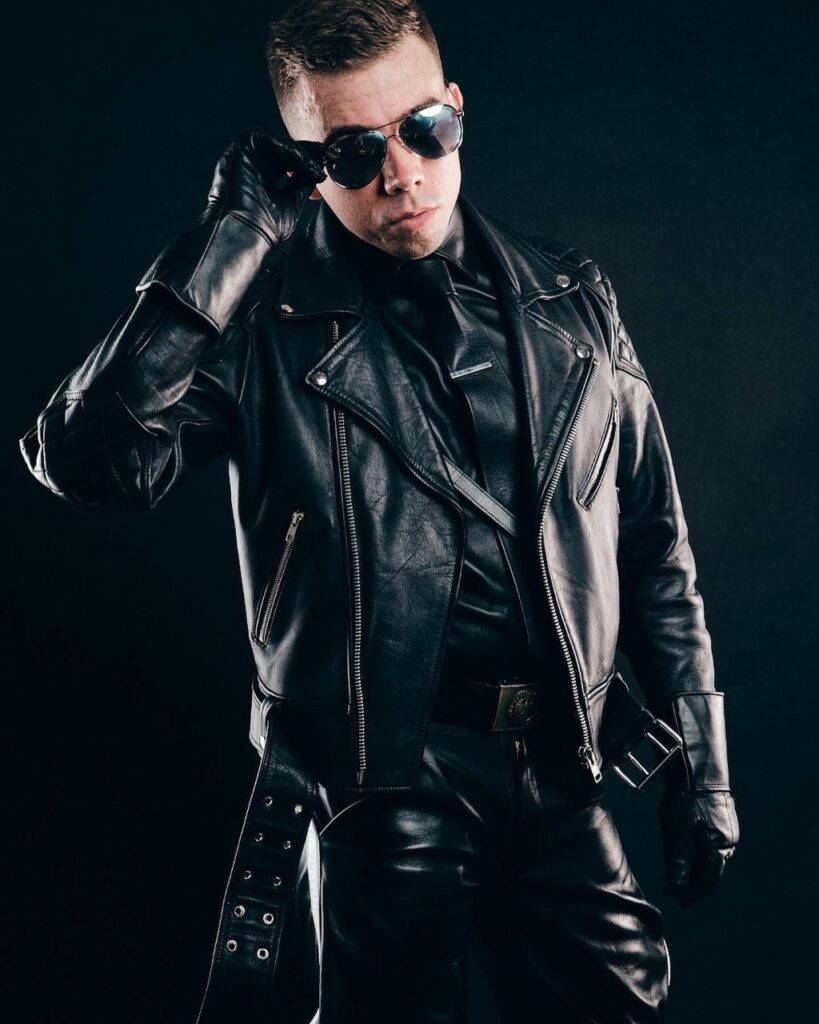 Something must have clicked because creating content became your full-time job. How did it go from that “eventful” first shoot to where you are today?

“Indeed! Despite how intimidating that first experience was, I kept going back for more and did fifteen scenes with that studio. I started getting picked up by some photographers and modelling agencies who wanted me to model underwear and the like. I really enjoyed everything that was happening for me, and it gave me a tremendous sense of empowerment and confidence that I had never had before. And then, as the subscription-based fan platforms (OnlyFans, JustForFans, etc.) started rolling in – it felt like the natural progression to get set up on them too. Since then creating content has become my full-time job.” 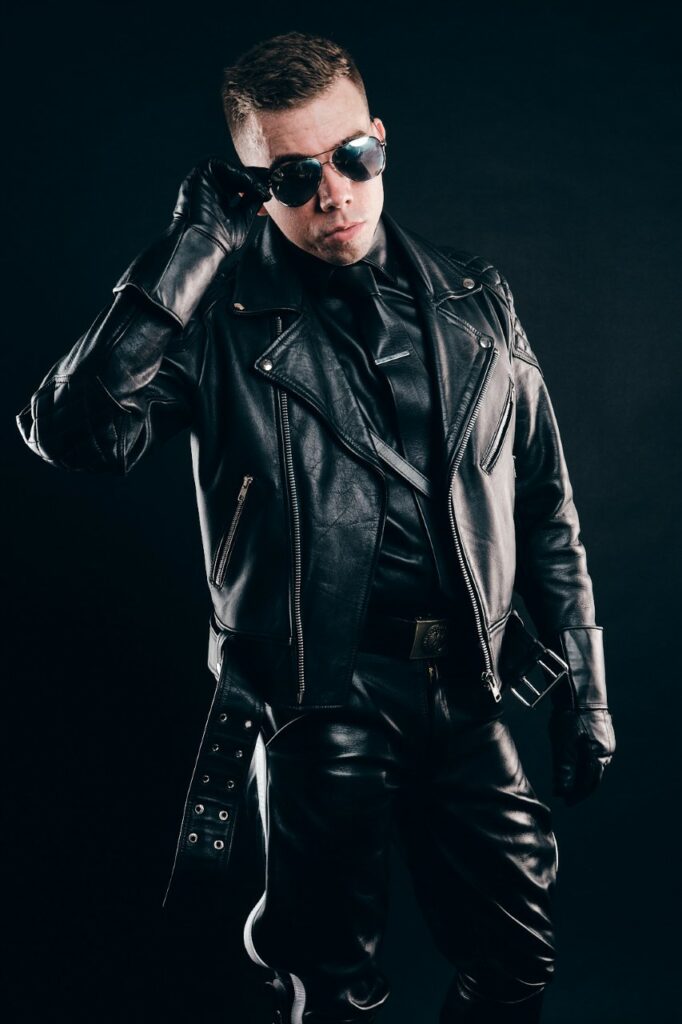 Did you ever hesitate to invite this career into the forefront of your life?

“That very first time when I got asked to do it, I contemplated it a lot because it’s one of those things that once you’ve done it, the cat is out of the bag. There’s no going back, especially when you’re working for a studio, and you sign away the rights to what you’re doing. Before my main career (back then) had even taken off, I needed to let go of any aspirations that would preclude me from also doing porn and commit to it essentially becoming part of my lifestyle. Once the ball got rolling, all there was left to do was embrace it, and I’ve been doing that ever since.” 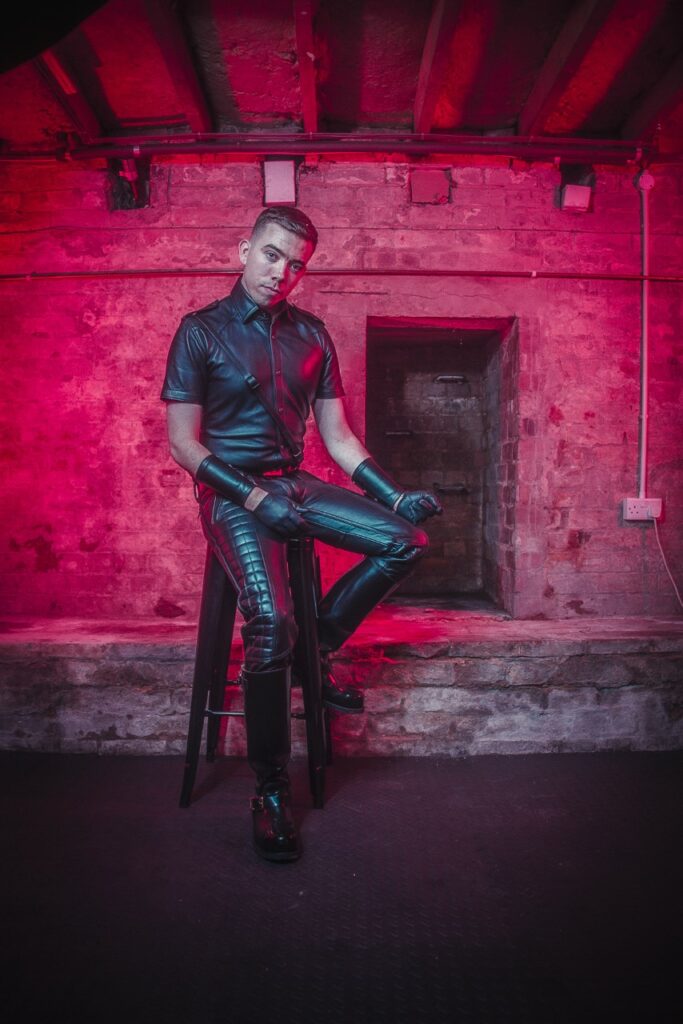 What do you think makes you so attracted to this career?

“When I was growing up, I felt like I couldn’t express myself in the way I wanted. And that wasn’t just because of my sexuality – even taking pride in your appearance was majorly looked down upon and seen as vanity by my family. Moving away from that environment, it became my mission to embrace my sexiness and enjoy how good I looked. Those early experiences shaped me into the exhibitionist that I am today. Truthfully I get a tremendous sense of validation from people telling me they’d seen me in something, found it super hot and jerked off to it! I get messages like that daily… no, hourly, nowadays, and it never ceases to humble me and make me feel amazing. That feeling has never won off, and I hope it never will.” 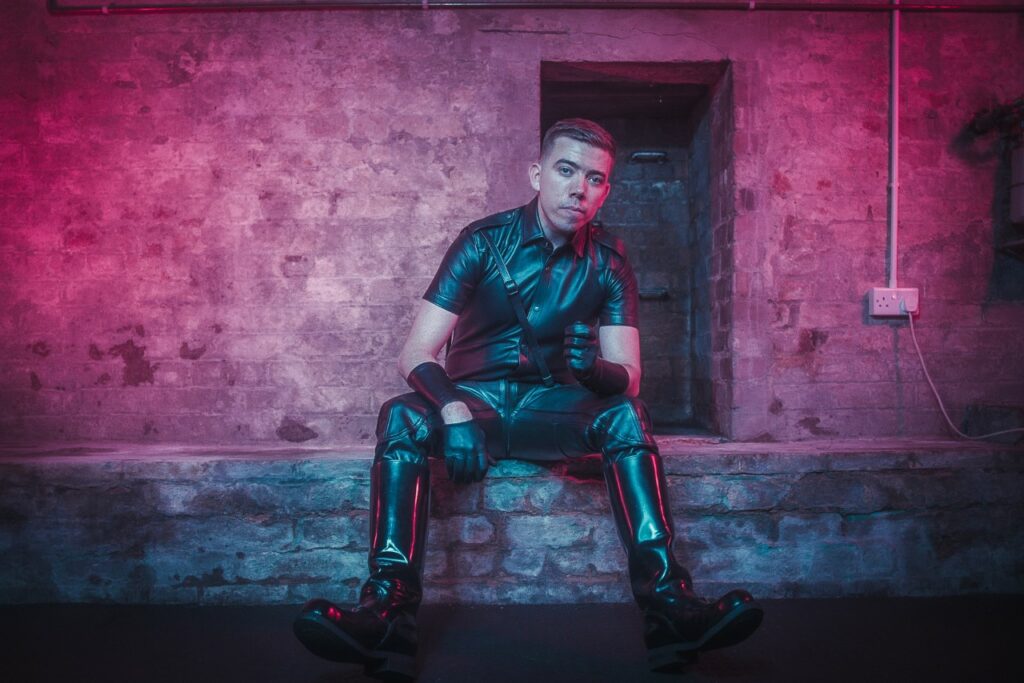 Your success depends significantly on giving the fans what they love to see. How do you go about making sure you’re creating such wanted content?

“There’s definitely an X Factor in there somewhere that seemingly defies logic and any preconceived notions of what I’m sexually attracted to. I’ve met guys I’ve been incredibly turned on by but, upon meeting them, there was no chemistry. And then I’ve met Doms and subs who perhaps are not conventionally my type but have been in front of the camera with me in some of my most liked content. The connection needs to be so potent that the kink we’re performing ceases to matter – watching two people being so into each other; that’s what translates and what viewers find hot. Especially when you’re performing in the realm of hierarchy and power exchange, the psychology behind the scene partners’ approach is paramount. So when I’m looking for a scene partner, I usually watch their other work and look for any tell-tale signs we would click on a psychological level.” 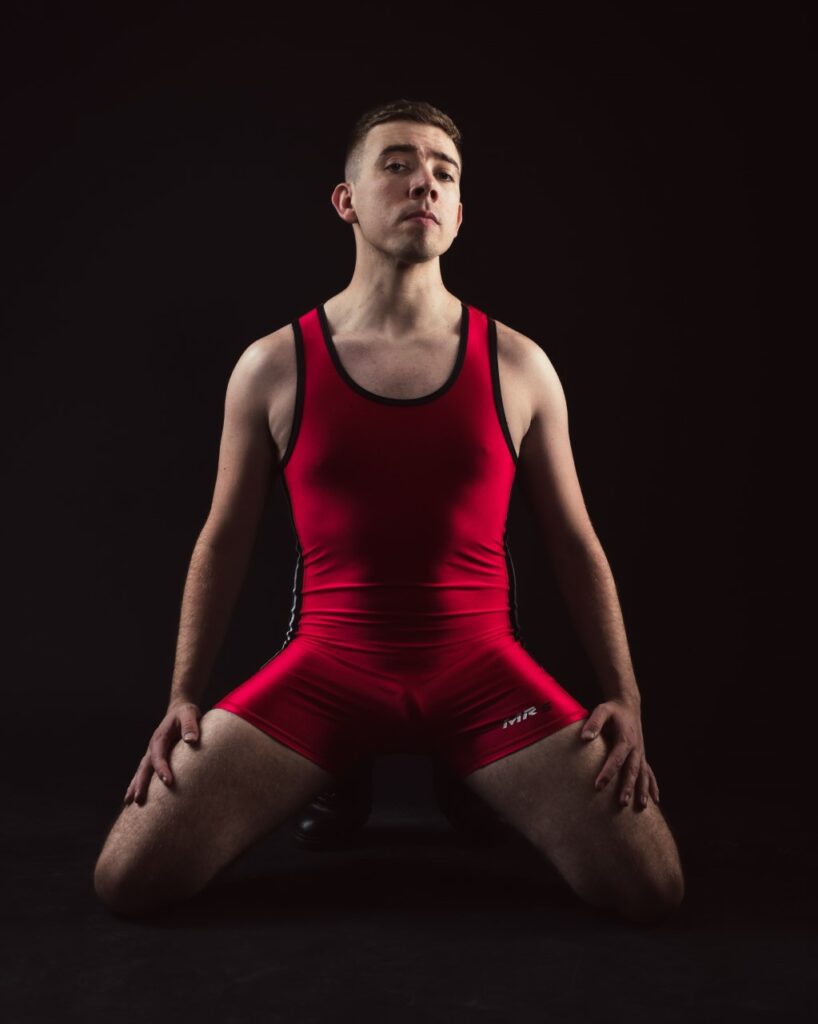 Casting your mind forward a few years, where do you see this career taking you?

“Well, firstly, I still need to exhaust the possibilities of what I’m doing now. I want to enjoy the success that Corium101 has brought me and the life I’ve worked hard to create for myself in recent months. I’d definitely like to travel more and meet people worldwide. I did my first international collaboration with Master Giacon (read about him here) recently in Italy, who is just the nicest guy in the world and, of course, super fucking good at what he does. I’m also very passionate about maintaining the community aspect of my content-creator identity, no matter how successful I get, using my platform to support fetish events and guiding others into the community.” 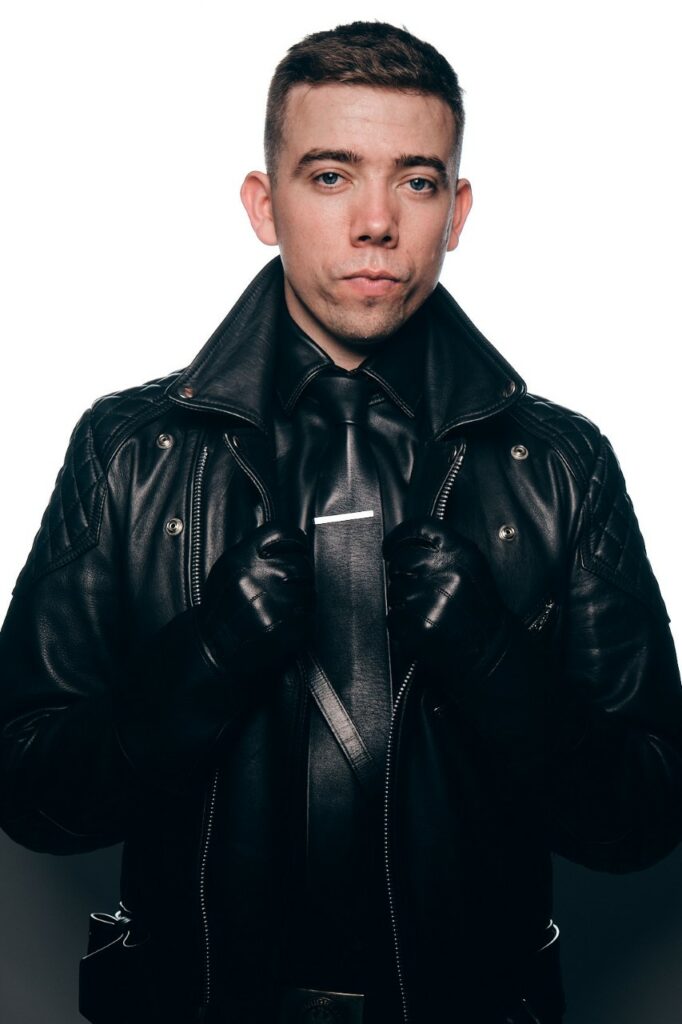 From an outsider’s perspective, you seem unwavering in how sure you are of yourself. But behind that curated persona, are there any insecurities that need attending to?

“Gear has always been something that’s brought me a lot of confidence. But I noticed recently that that power would dissipate slightly when I took the gear off. For example, I don’t think I’d have had the confidence to go up on the Mister B stage at Folsom if I hadn’t been fully dressed in leather. That concerns me because I never want gear to become a crutch I depend on. So for Greg’s sake, I’m planning to undergo a major body transformation to harness the confidence I feel as Corium101 in my everyday life.” 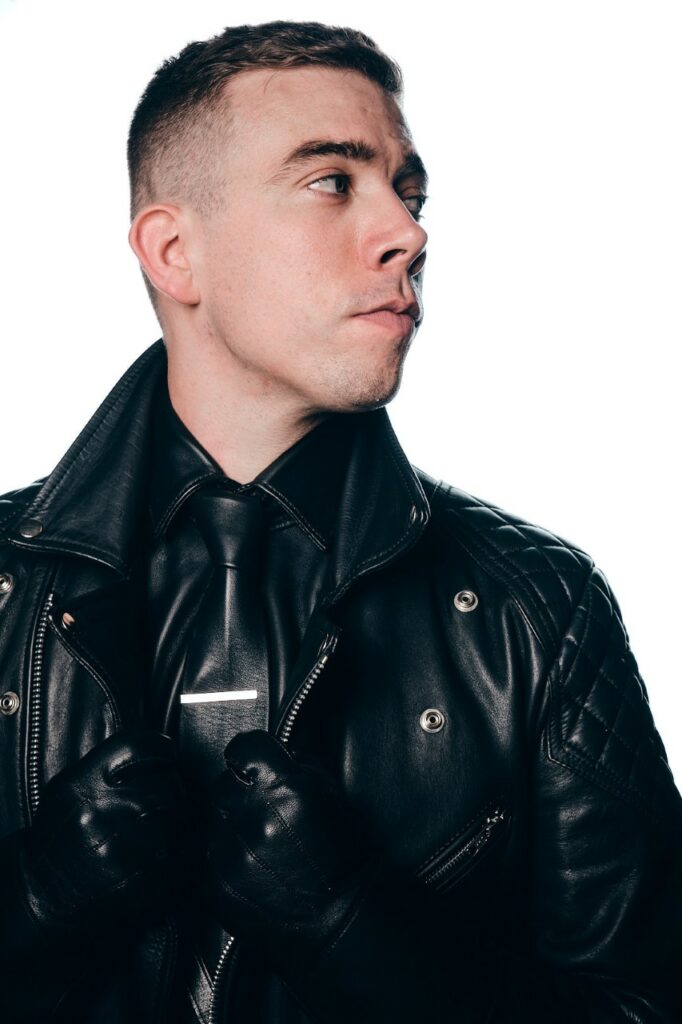 That brings us nicely to our last question. Since creating content became your fulltime job, how do you ensure that Greg is not neglected?

“I think there was definitely a period where Greg’s needs were put on the back burner. I was filming a crazy lot of content at the time, and the only sex life I was putting effort into was the one I had in front of a camera. I learned the hard way that that’s not healthy, but thankfully I’ve managed to re-balance that in recent months. I’ve got my alpha Leo to credit for that (read his interview here). He facilitated me reconnecting with my sexuality in a lot of different ways. However, once I learned how to equally nurture both the on-screen and off-screen sides of my identity, I realized just how well they can work together to better one another. And for that, I wouldn’t trade my career and the experiences that have brought me where I am today for anything in the world.”

Check out the Wings Talks Panel at Folsom right here: