When looking for an impact toy, there are a couple of aspects. First, there is the ‘quality’ of the pain, located on the spectrum between thud and sting. Thud means dull, lingering pain, while sting is sharp, biting and fades quickly most of the time. The other term is ‘marking’ or ‘coloring’. Thicker, blunt (thuddy) toys cause bruises, whereas thinner, sharp (stingy) ones leave welts. The amount of coloring is important to take into account for quite some people, possibly due to factors such as (gym) activities with generally little clothing worn, unsuspecting partners or a certain working environment, not allowing them to have visible marks on the body. 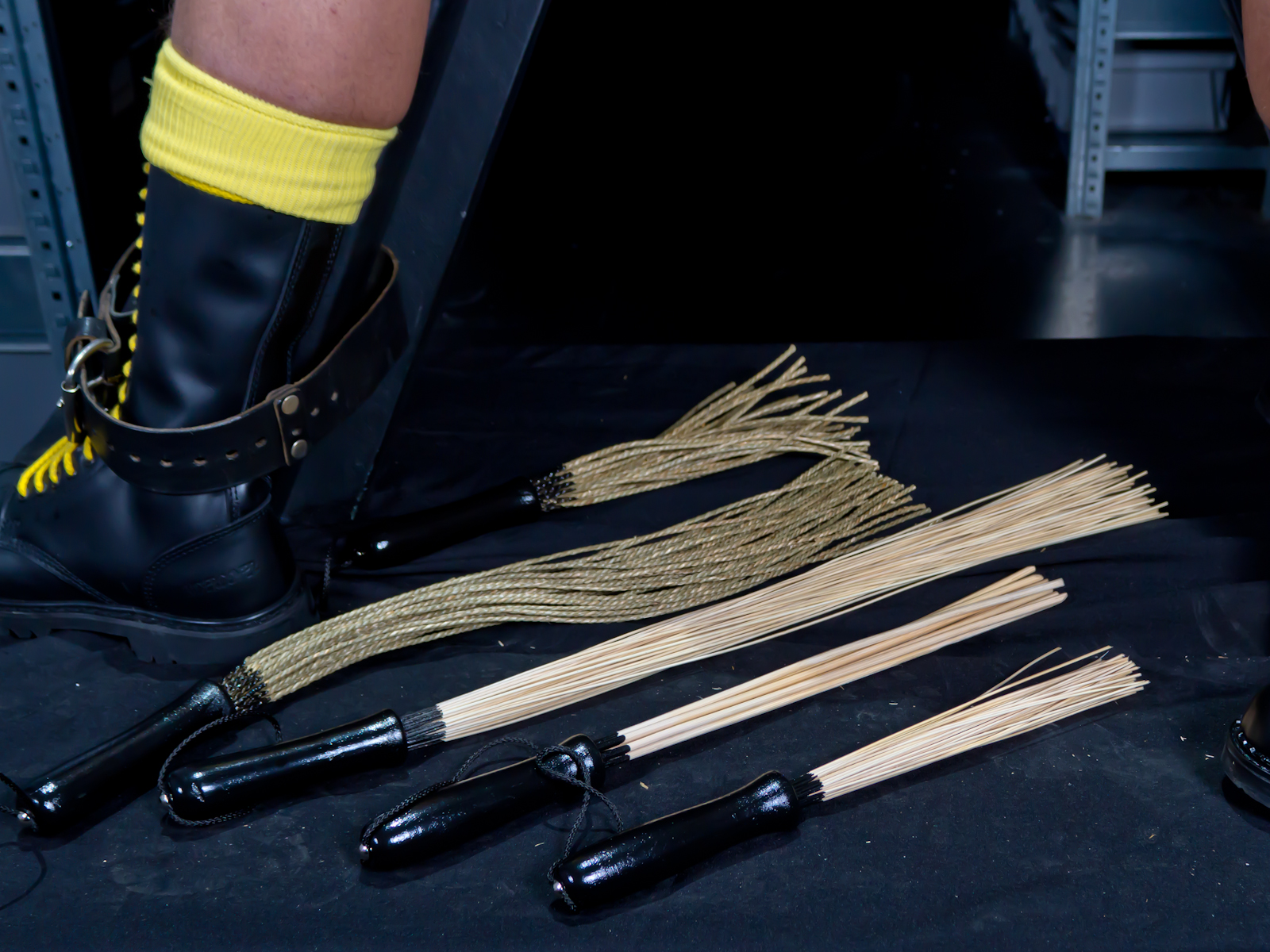 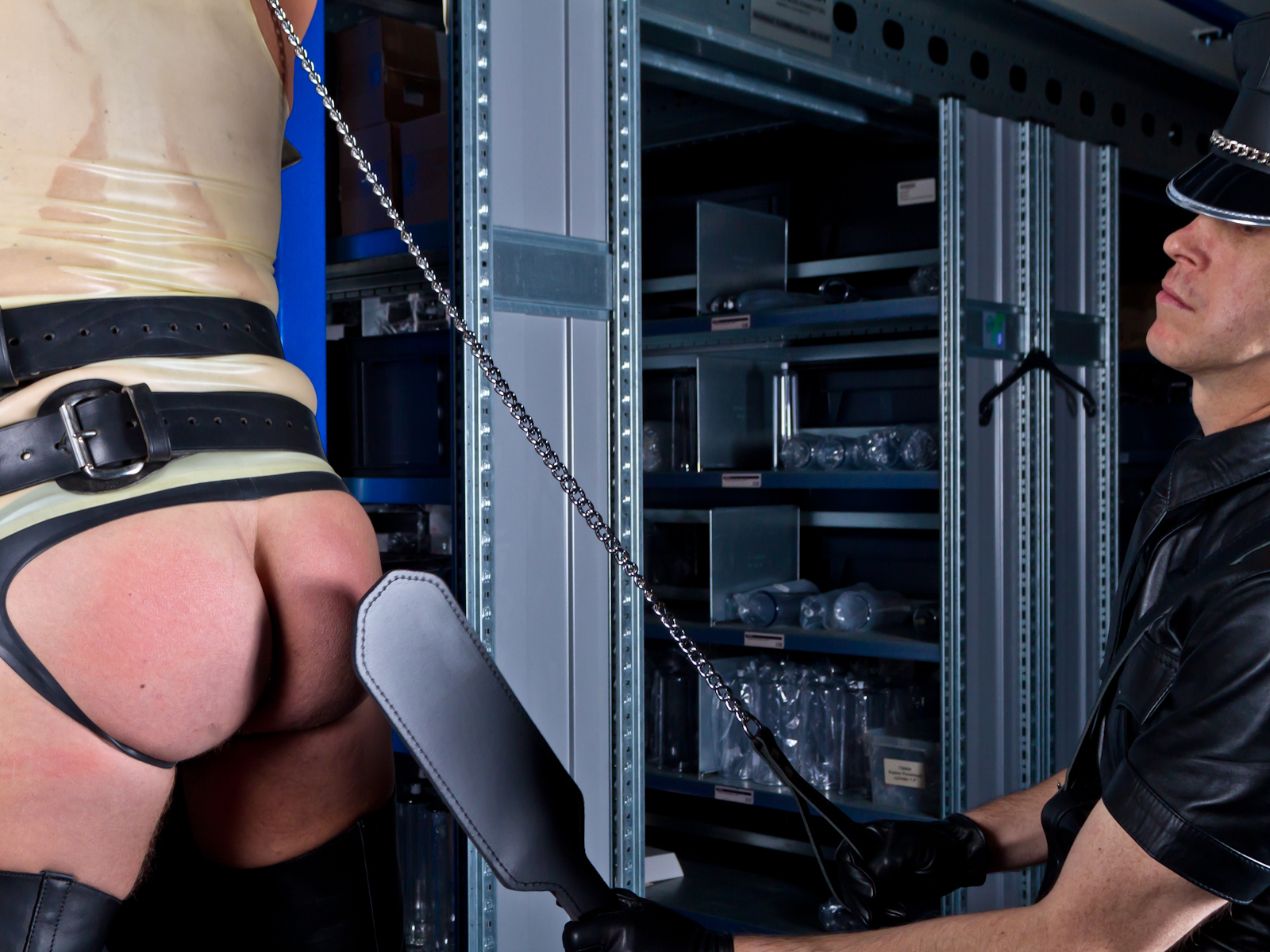 Generally speaking: the more severe an impact toy is, the more likely it is to leave some kind of mark on the body. However, coloring depends on many other factors as well, like someone’s ‘form of the day’ or general predisposition. Even a careful top with a light impact toy might hit a blood vessel in an unfortunate way on a day with thin blood and cause a big bruise.

For safety reasons, impact play should only be done on well ‘padded’ body areas like the shoulders (not the spine!), pecks, ass, thighs, or calves. The hands can be hit as well as the bottom of the feet which is called bastinado, but both of these areas must not be hit with great force, otherwise the small bones of the limbs might break!

The easiest and safest way into impact play, is through paddling. Getting the sub in a doggy position and hitting his ass with paddles allows for an easy control of the intensity and the impact area. All kinds of impact play start with a warm-up to slowly get the endorphins flowing and stimulate the blood flow in the area which will be hit. Warm-up is best done with a padded paddle like Mister B Iron Whip Paddle, which comes in 2 sizes. The nice thing about these paddles, is that one side is padded and the other side is flat, so in case the intensity is to be increased, the paddle can be switched around. The use of each side is not limited to one type of play only though: several hard blows with padded side can create deep thuds and bruises,  just like constant light tapping with the flat  side can slowly make the sub squirm and scream! Once the ass is nicely warmed (up) and displays a light red color, the intensity can be increased. 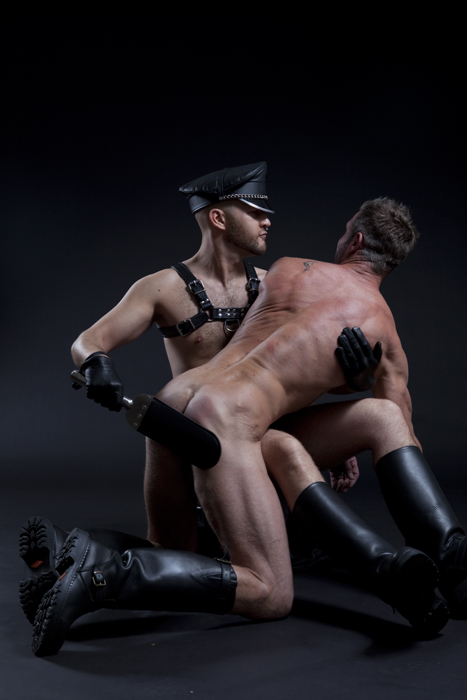 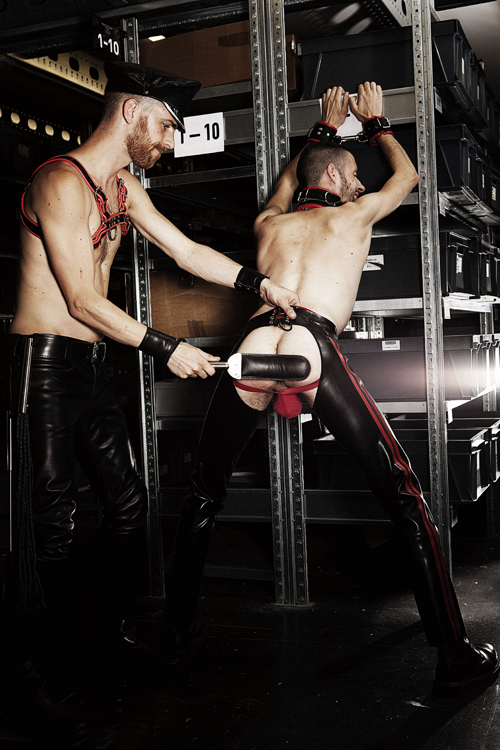 The next step would be a smooth Mister B Paddle (small for one cheek, large for both) which is moderately stingy. For more sting, the large paddle with holes and the five finger paddle are ideal. When using a solid paddle, at the moment of impact there will be an air cushion between the paddle and the skin. Due to the holes, the air can escape, taking away this protective layer. An almost identical dynamic is in place when using the five finger paddle which, on top of that, digs into the soft tissue to increase the pain.

The real pain pig will appreciate the heavily textured varieties of the paddles with either cone studs, sharp pins or dull pins. Since these toys are very severe, caution is advised to avoid unintentional injuring of the bottom/sub.

In the realm of sting, riding crops are the next step up. Their impact is focused on a small little slapper at the end of the crop, making the impact sensation extra intense. To lessen the blow a bit, the Iron Whip Triangle Riding Crop has one padded side which is less intense than the smooth side, just like with the aforementioned paddles of the range. The Mister B Iron Whip Slapper Riding Crop on the other hand, is even more extreme than average, because shortly after the initial hit, a second leather piece hits the first one, adding a little extra kick. 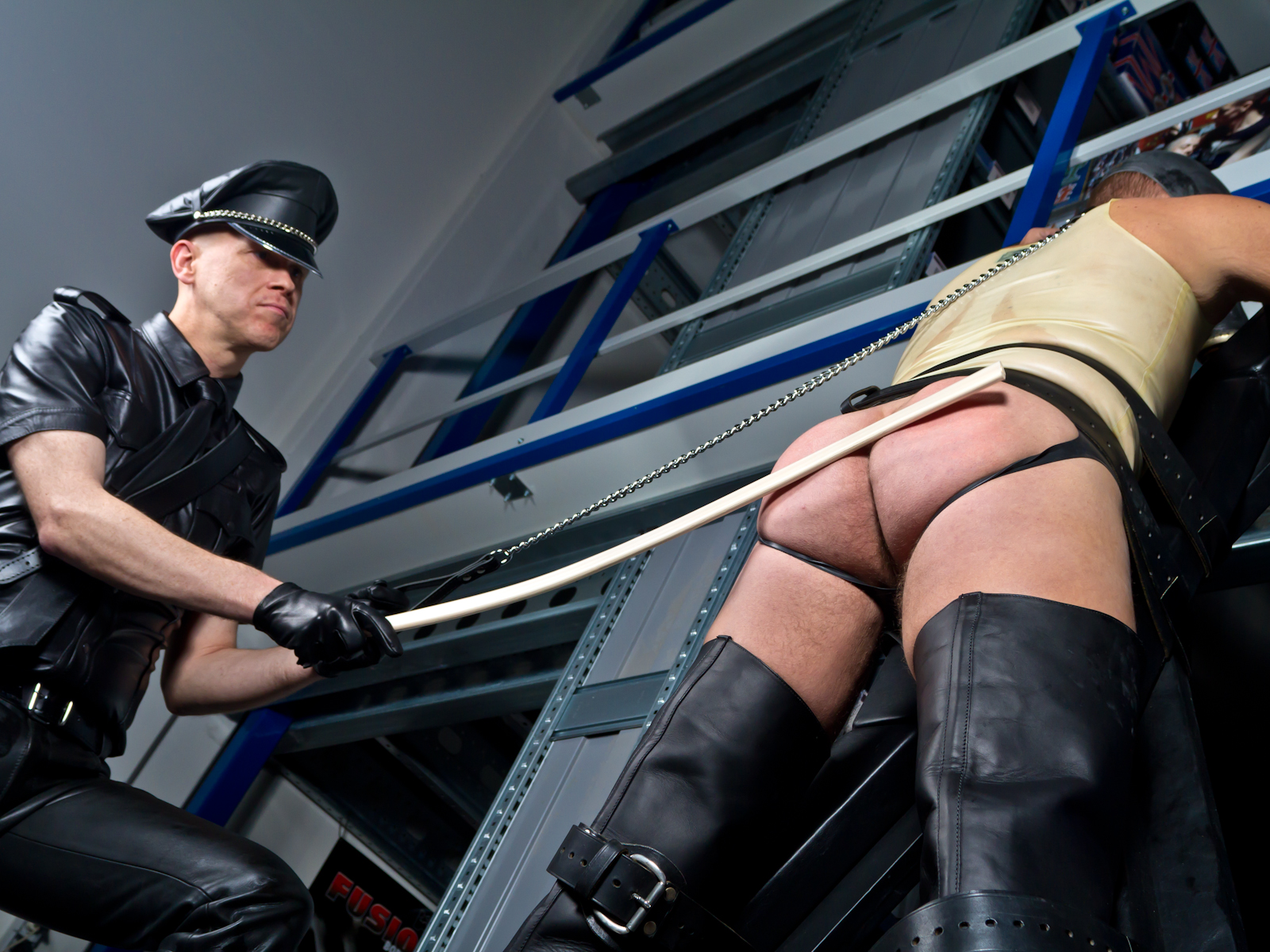 The most stingy  form of pain comes from a cane. Its impact is so minutely focused on only the smallest of skin surface and the material it’s made of has no yield at all, so the sensation really hits like a lightning bolt! Even mildly intense blows can leave to welts, and continuously hitting the same spot will break the skin. It almost goes without saying his particular impact toy should be used with the greatest of care.

Floggers and whips are an entirely different kind of impact implement which will be discussed in another 101.