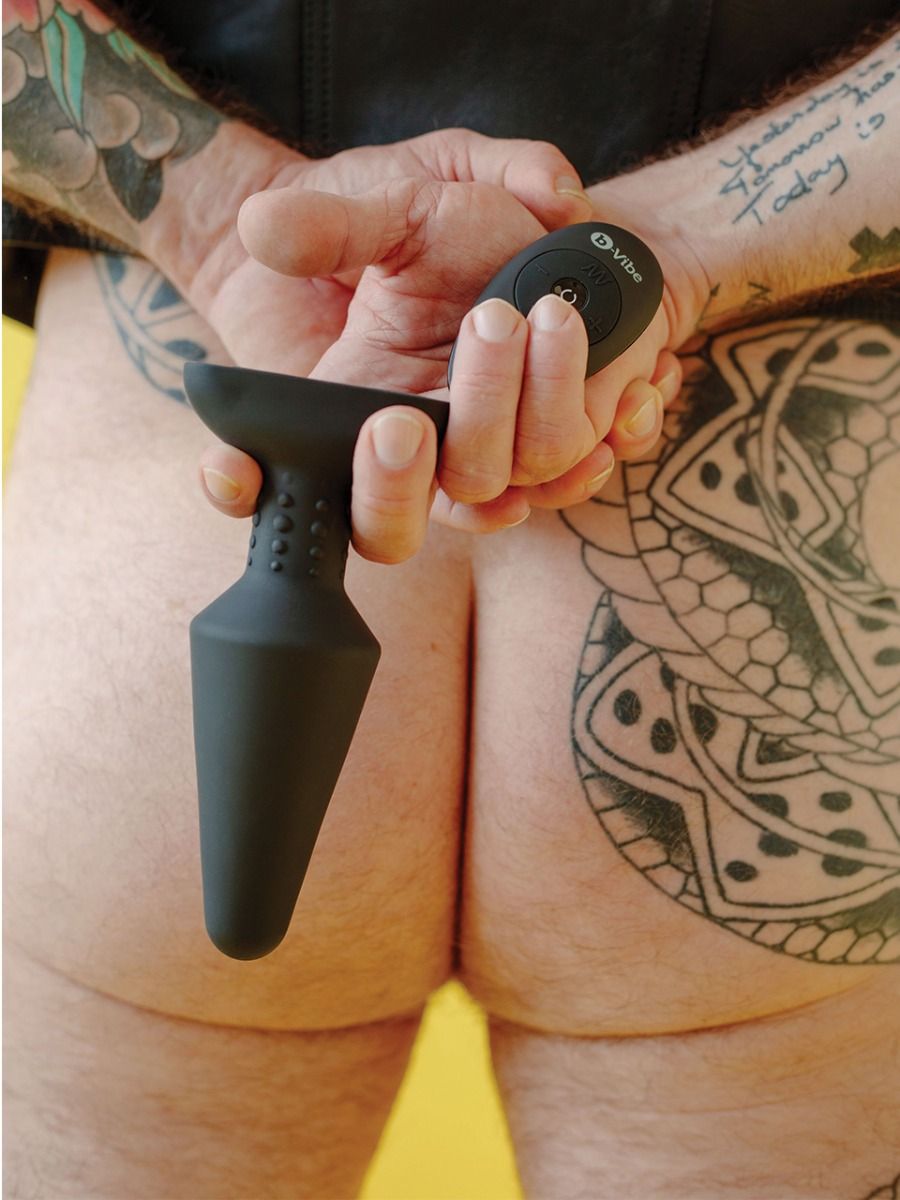 A butt plug that rims? I mean, yes please, and thank you universe for filling that void! 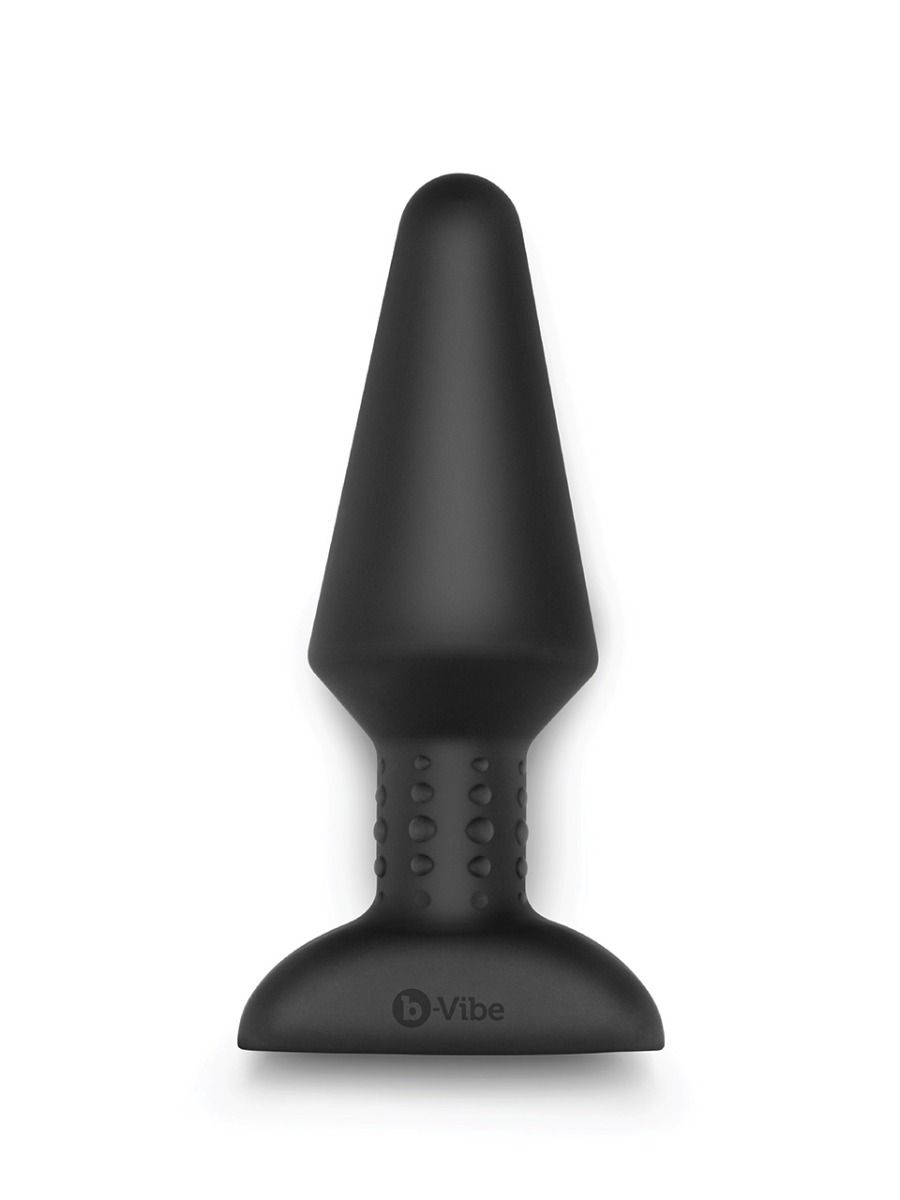 You can control the b-Vibe Rimming Plug XL in two easy ways. Push the button at the base of the toy to turn on the butt plug. The LED indicator lights up and you’re ready to go. Push the button again and one of the preset patterns starts to vibrate and rotate. There’s a total of 9 different modes when you use manual control. You can also control the toy with the one-touch wireless remote that comes in the box. This remote gives you even more options: you can easily switch between patterns and you can increase and decrease the intensity of the vibrations and rotations. The remote works up to 9 meters distance. 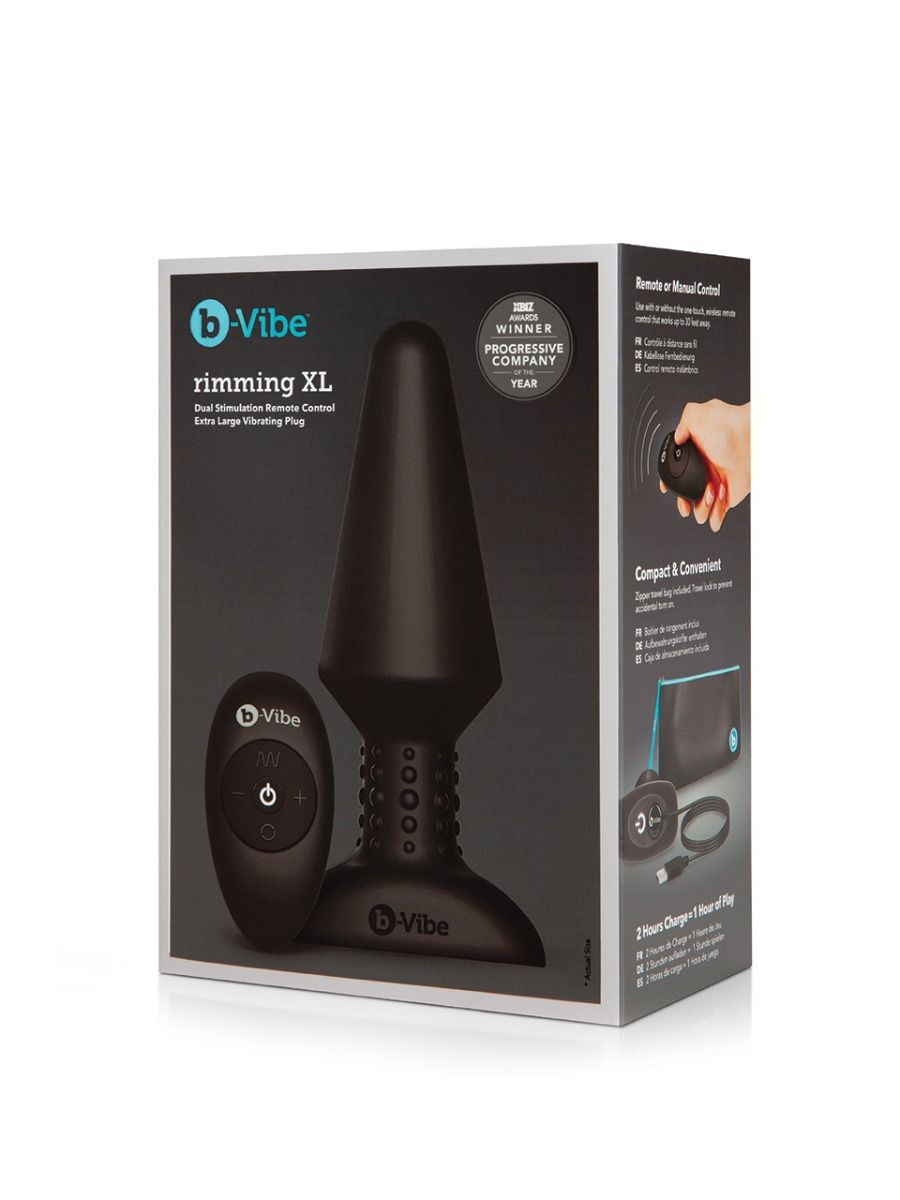 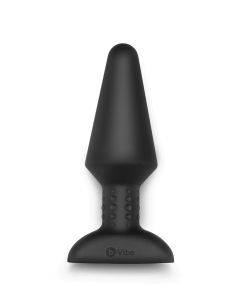 Fun side story: right after I came, I turned off the bathroom lights, and then in the dark there was this little search beam coming from my hole illuminating the floor, which turned out to be the LED indicator of the toy that was still doing its thing. It made me giggle. The end.