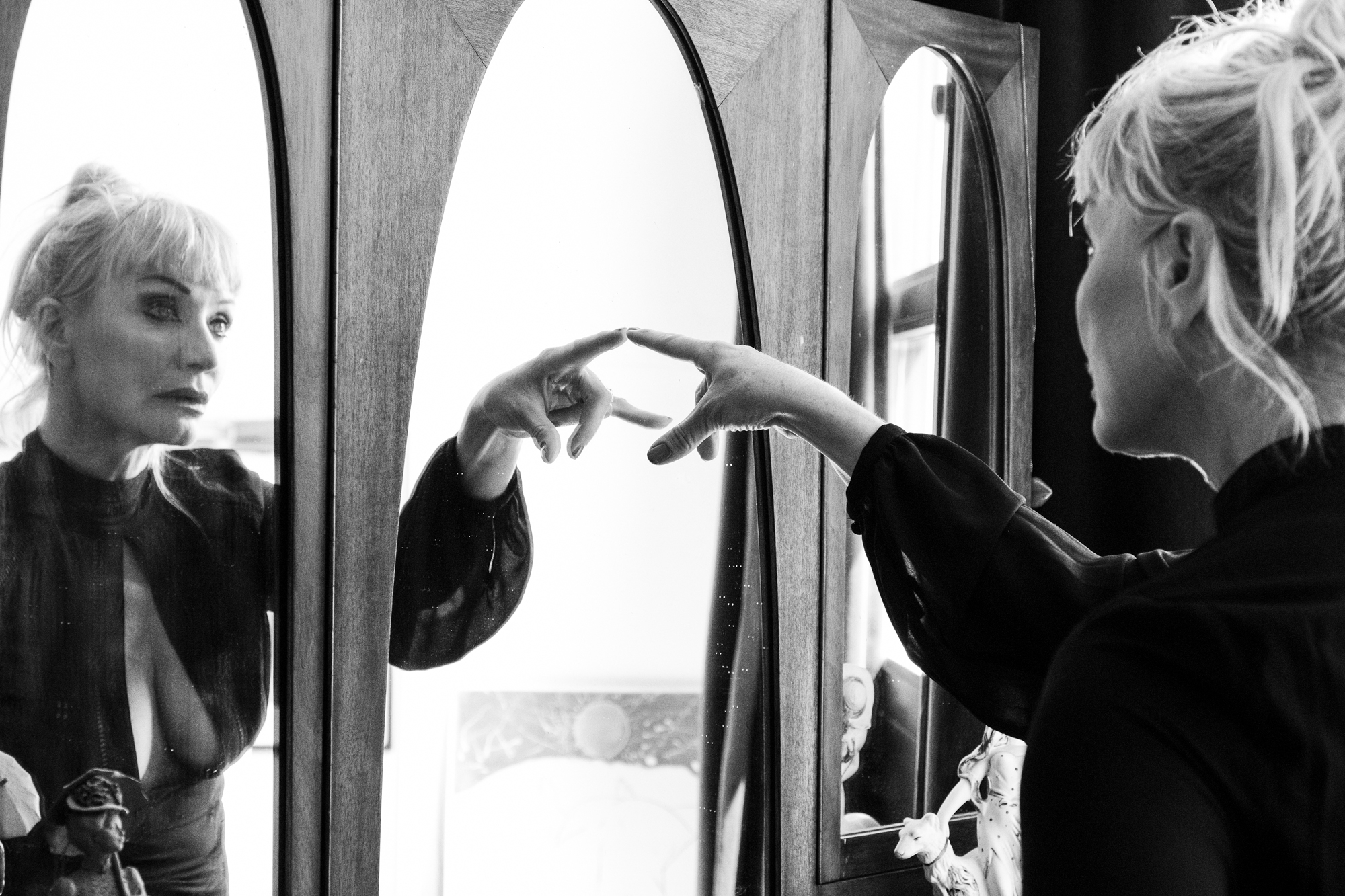 Hi, my name is Iris! I am freelance writer and fetish reporter, and a regular contributor to WINGS magazine. I am also a fetish performer and besides having fun and enjoying the lifestyle whenever I can, I stand for awareness and openness within the fetish scene. In addition, I organize my own rubber events called ‘The Rubber Bunch’. I like to help people confront, understand and enjoy their fetishes, and become reconciled with who they are. As a writer, apart from my fetish reports, I love to write stories about all the special people in my life.

This one is about my childhood friend, Edward.

In the street where I grew up in Amsterdam in the late seventies, people all knew each other. My parents, who came to live there as newlyweds, were good friends with the neighbors. My mother was especially close to two young women who were both divorced – rather unusually for the time – and who raised their children independently, they both had three. I called them both “Aunty” and even though I knew they weren’t my real aunts, they were like family to me. I mostly played with Aunty Dinie’s two sons. Not so much with her daughter, who was older than me.

I was boyish and liked to play wild games. I often came home with torn or filthy clothes. Edward, Aunty Dinie’s youngest son, was the same age as me. My mother, who was a nurse, had assisted at his birth as the midwife arrived just a little too late. We were best friends and always played together. Edward’s big brother, Arno, often played along as well. But Edward was my favourite.

Edward was a lovely little boy. He had a sweet appearance, with chubby cheeks and a tuft of hair that always stood upwards on his head. Because Edward had trouble pronouncing the ‘R’ as a young child, he always came to pick me up to go “lol skating”, instead of roller skating. My parents smiled secretly about it; they found it very endearing. There was a time when Edward and I played together almost every day. We were about eleven years old, and Edward’s voice was breaking. Despite his sweet childish appearance, he suddenly produced a deep, bassy voice. This sometimes led to hilarity when he came to the door and innocently asked if I came to play.

Throughout my childhood, Edward was my friend. We played outside, built rafts, created theater performances, danced to our own choreographies, and sang to our favourite records. Edward was bullied at school, just like me. We were excluded because we were “different”. One afternoon we said goodbye to each other because it was time for dinner. And I remember this vividly. We were standing in the hallway, talking for a bit, when Edward suddenly became very quiet and asked: “Do you love me?” I was completely surprised and pushed him out the door. “We’re way too young for that,” I yelled. My mother, who had been listening in, said: “I thought that Edward didn’t like girls?” I was left confused, with flushed cheeks.

Growing up, we lost touch; we made new friends and went our separate ways.            It wasn’t until many years later, when I was 18 or 19, that we saw each other again and watched a movie together. We found out that we both had a crush on Richard Gere who was the male lead.

Life went by so fast, so much happened in such a short time. There was only sporadic contact between us; once in a while we would call or write each other. We lived our own lives and we both fell in love. Edward moved in together with his boyfriend, and he was happy. I became a mother of a little girl; I was over the moon with joy. Luck seemed to be on our sides. However, shortly afterwards, tragedy struck. When I heard his boyfriend was ill, I didn’t know what to do. I didn’t realise I was still that important to him. After all, we didn’t have that much contact anymore.

It was a rough time; the relationship that I had with the father of my child turned into a nightmare. I became a single mother and my baby cried all the time, as if she was brokenhearted too. It took me completely. So much had changed, and I was so preoccupied with my own life, that I assumed Edward and I had grown too far apart. Edwards’s boyfriend, the love of his life, died of AIDS.  When I heard the news, I didn’t know what to do.

Edward was unable to speak for a while. He just stopped talking. I guess he was overwhelmed with grief. After that, he preferred to be alone most of the time, and began to travel a lot. The contact between him and me was never restored. Every now and then I still see him, but the special connection we had, is gone.

Sometimes I regret that afternoon in the hallway, when we were children, that I didn’t say: “I love you too!” followed by a hug. I wish I had dared it then. I really do.