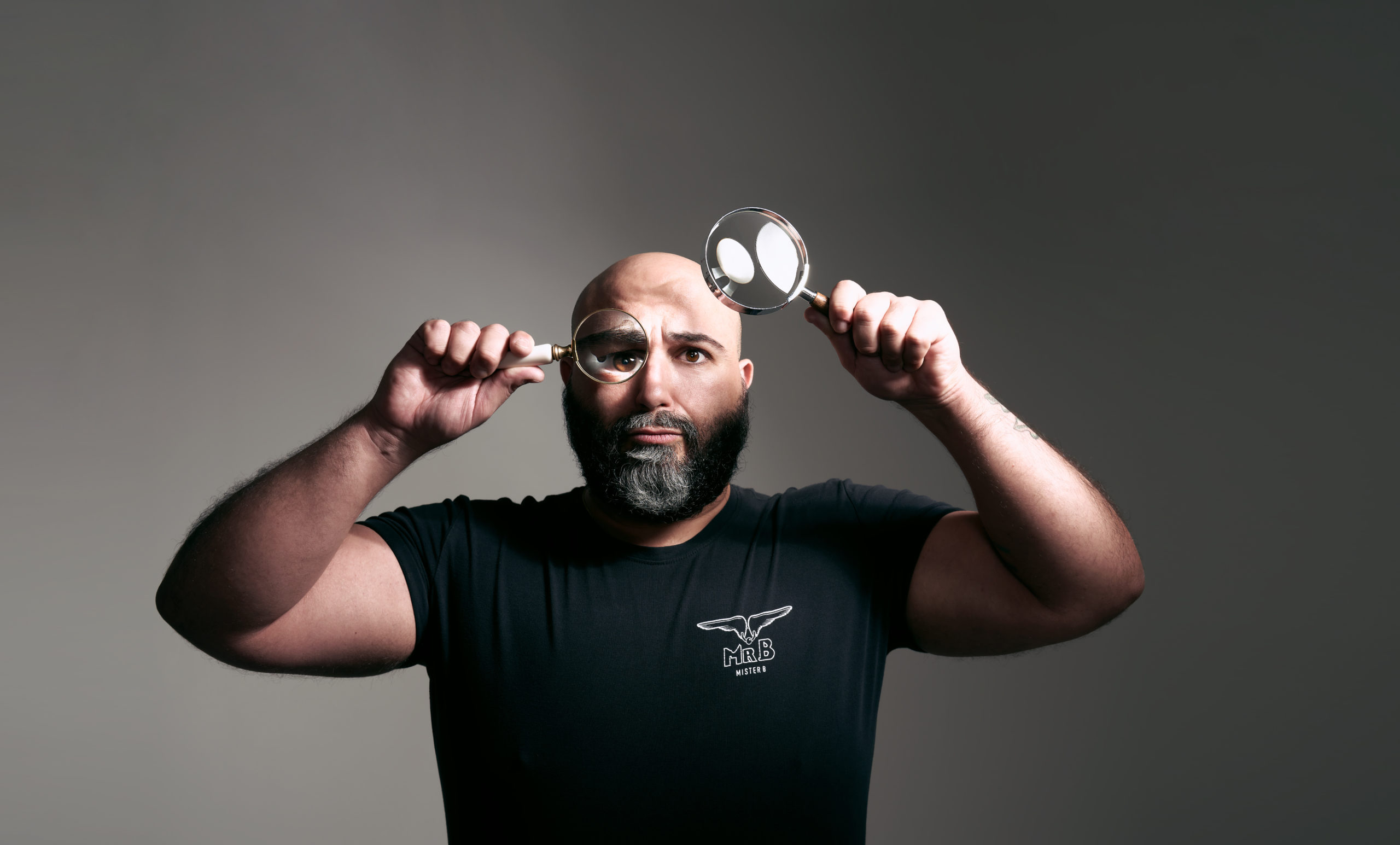 The New Evolution of the Fetish Scene

For a couple of years now, I’ve had the pleasure and privilege of working for Mister B. I’ve loved working with customers in the shop and I love the creative work I’m doing with marketing and social media too. And although I feel completely and happily engaged in the work I am doing with WINGS – like this column and other fun pieces – I think the most gratifying, for lack of a better term, is the work I am doing to help the company become more equitable and inclusive. From reviewing and rewriting product descriptions that may be problematic, to finding models who better represent the broader fetish community, to creating products and garments that will be inclusive to more body types, including big boys like me! To say the least, I am proud to be part of this evolution in our culture. I am proud to be doing the work that helps to shift the way we look at and understand what is deemed as sexy. The face and body of the fetish scene is evolving. It’s starting to look a little more like the faces and bodies who are part of it 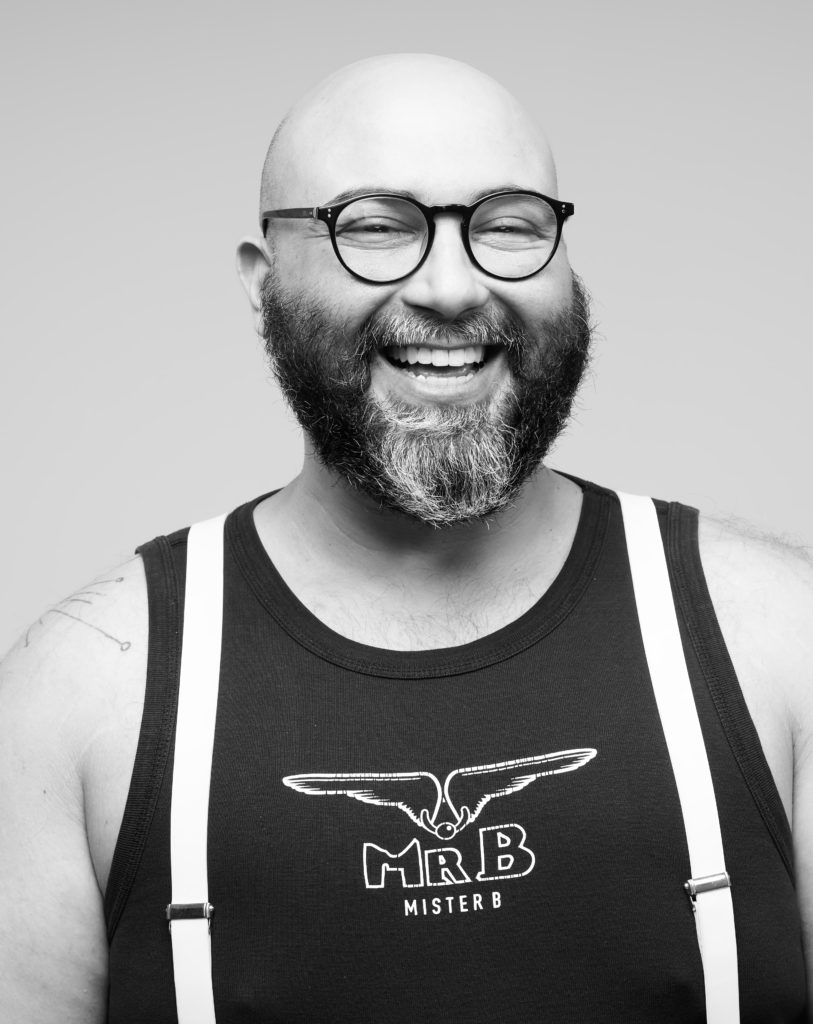 It’s not news when I say Mister B looks white AF. It’s fair. We’ve seen it in our ads, our staff, our models, our social media, and more. Without naming any, in particular, it is clear that, unfortunately enough, the same goes for most other fetish companies as well. On top of this, you will almost only see lean, muscular bodies donning the gear in these ads and other media. It’s very much the norm within the gay clothing industry, or rather: the entire clothing industry for that matter. When it comes to selling clothing, fatphobia is everywhere and it’s married to white supremacy. What’s worse, is that this dynamic duo is actually in a thruple with cisnormativity. Yes, gender is consistently presented in ways that try to fit people into one of two conventional boxes. That’s not to say every brand is like that, though most are. But it doesn’t have to be that way…at all! 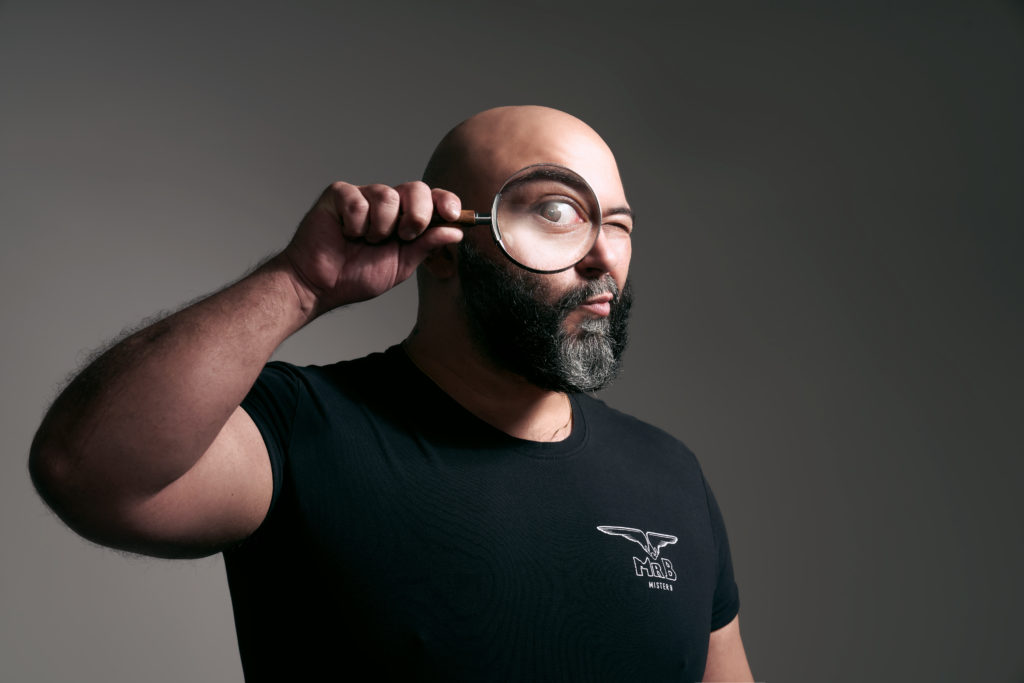 So what do we do about it? I’ll tell you what we do – we change it! It’s that simple. This means a lot of work, which will not happen overnight, but instead be more like a shift in culture, a forward motion; an evolution. For starters, we will always be looking for new models – which is not to say we don’t want to see white, cisgender, muscular men in photos anymore because that’s not the case. We just don’t want to see only them. Next to – and possibly even more than – who we see wearing our gear, is how we define it. We will be working on changing any problematic language we’ve been using in our product names and descriptions. This isn’t to say that the language we’ve been using to describe our toys, lubes, garments and gear necessarily makes us racist, transphobic, or body shamers, there definitely is some problematic language present, something the company has been slowly working on to improve for a few years now. A certain amount of problematic language is woven into the fabric of any clothing or sex toy company in the industry in which we operate, and continuously appearing in catalogs all over. This includes ours, and I’ve been brought on to make positive changes towards inclusivity in this context a primary focus. And thinking beyond the inclusivity that you, the readers, and customers see, we are also considering all the other ways we can be more inclusive within our organization. This includes being extra conscientious in who we hire and for what roles, as systemic racism exists in every institution and we need to confront it. This way we can truly be a brand that represents the gay and queer fetish scene as a whole. 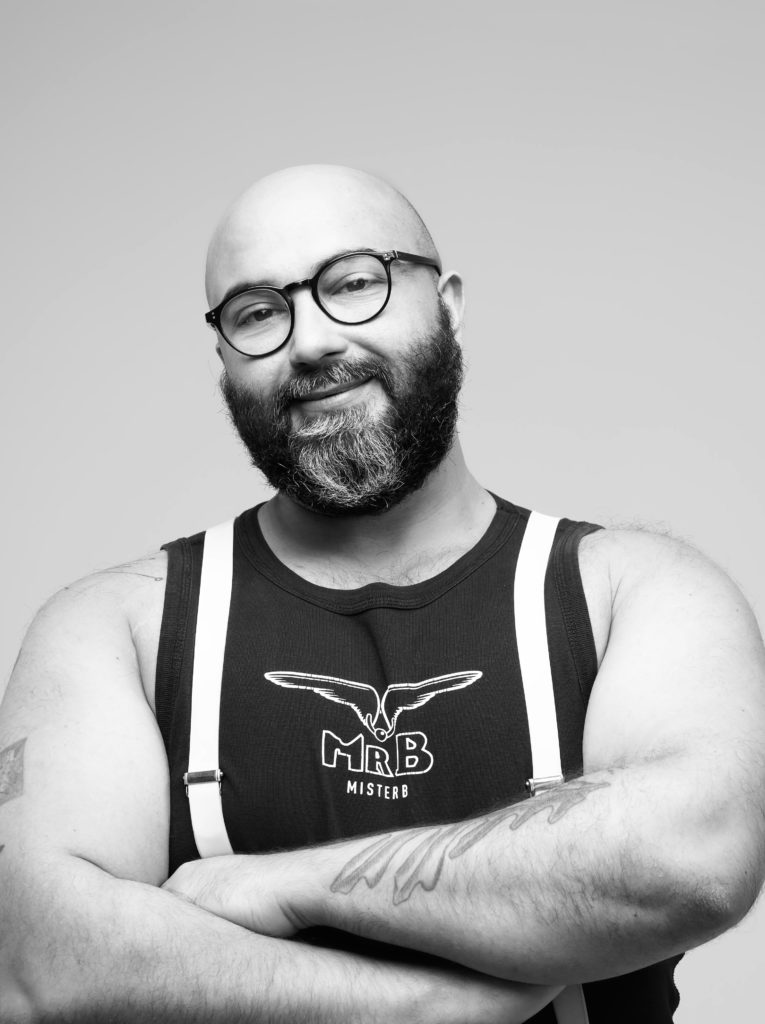 As you probably know by now, I am quite critical. Critical of society, the gay scene, media, language, and basically any other communication or space we share. Because as someone who grew up being bullied, I have zero tolerance for any form of it now. That includes white supremacy, transphobia, fatphobia, and all the other systemic bullies. And I give zero fucks if, when, or whether someone doesn’t like that. Because let’s be honest here: usually that someone is a bully. After working for years with an LGBTQ human rights organization and years of studying gender and sexuality, I am feeling heavily armed, brave but cautious, and ready to fight, nay: destroy narrow-minded, ignorant and oppressive views, opinions, and systems for the next half of my life. Haters be warned!

In closing, I want to call upon all the other gay/queer clothing/fetish gear/sex toy brands/makers/buyers/sellers out there. We can all do a lot better. We cannot hide behind unaware and complacent any longer, and we owe this to all the people that contribute to the success of our brands! If we don’t include or even acknowledge everyone in our communities then we are just being bullies, and no one likes a bully. Well, maybe 74,000,000 Americans do, but hey, look how that turned out for them. Join the evolution!