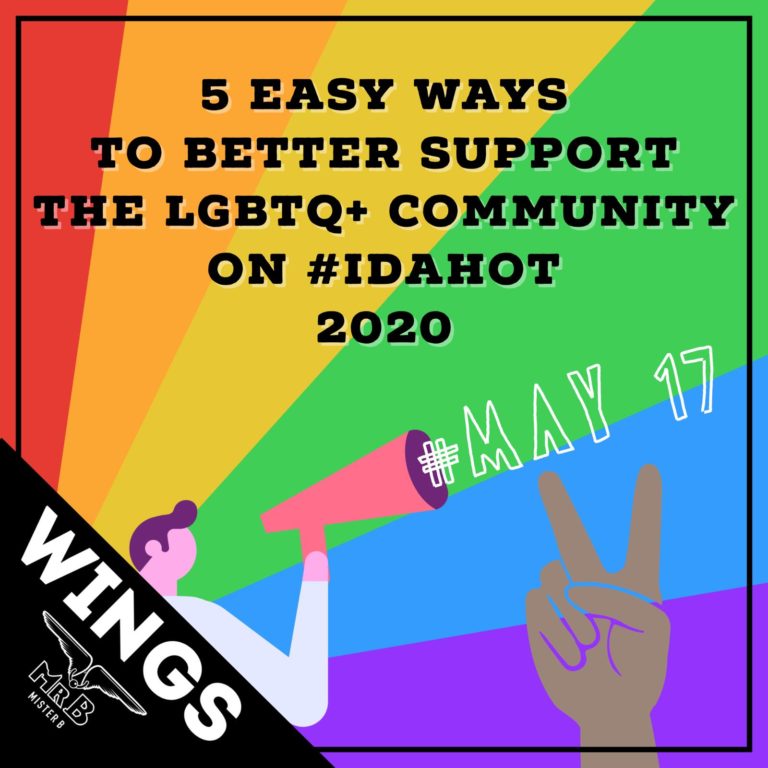 Five Easy Ways to Do Better on IDAHOT

May 17 is International Day Against Homophobia, Biphobia, and Transphobia (IDAHOT). This day is observed in over 130 countries and intended to raise awareness among media, policymakers, and all of society of the discrimination, violence, and repression of queer people everywhere. May 17 was chosen as the date to honour that day in 1990 when homosexuality was removed from the World Health Organisation’s diagnostic tool, the International Classification of Diseases, in which it was previously listed as a mental disorder. Ya, that’s right, it’s not a fucking mental disorder! Assholes…but I digress: today I’d like to bring your attention to some of the ways in which LGBTQ+ people are still experiencing oppression, but with a focus from within the community instead.

May 17 has been utilised as a day to highlight the successes and progress of the LGBTQ+ community in many different ways. In Bangladesh it’s a music festival and in Chile a parade, plus this date has been used as the day to pass same-sex marriage legislation in France in 2013 and Taiwan in 2019, the latter being the first country in Asia to legalise same-sex marriage. Originally it was named International Day Against Homophobia in 2005, with transphobia and biphobia being added in 2009 and 2015 respectively, due to the unique forms of violence and erasure being faced by these two groups. The addition and significance of these additions are profound. The erasure of many identities within the LGBTQ+ community is, unfortunately, a common occurrence and a large barrier to equal rights for many members of these groups. So yes, we need to acknowledge the existence of and inequality faced by trans and bi people still on this day. Of course, the IDAHOT acronym is meant to be symbolic for everyone within the community, even though not every identity is listed. And before you irritatingly ask when the expansion of the list of letters in the LGBTQ+ acronym will end or what other letters do we have to add on a day to commemorate discrimination and repression, first ask yourself: ‘Am I straight or do one of those letters represent of my identity?’ Right…thought so. 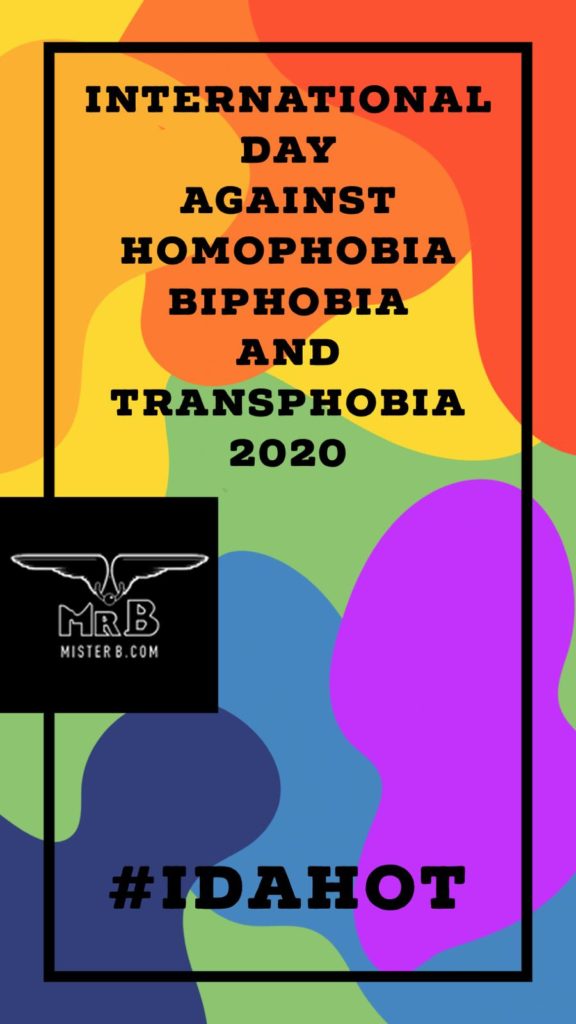 Listen, I’m a gay man too, I know what’s going on. As gay men, we are automatically revoked of a huge portion of our male privilege from the first lisp out of our mouths, and it hurts. I also grew up in a world that didn’t accept me, which was tough at times, but also brought me to a pretty amazing place in life! For gay men, the struggle for equal human rights has been long and challenging and it’s not over (there’s no doubt about that!), but for those of us who are white, gay men in the western world, we’ve also had the greatest access to rights, freedoms and opportunities that other community members have not.

So I am writing to you; the gay guys like me, who are able to leverage the privilege we have gained over the years to help support our extended family in the LGBTQ+ community on #IDAHOT. Especially for those who are still experiencing far too much discrimination, violence, and repression. I’m not asking much, just asking you to think about and talk about others in a way that can make queer spaces more inclusive for everyone and hurt people a little less.

Here are FIVE EASY WAYS to be better allies to our extended queer family. 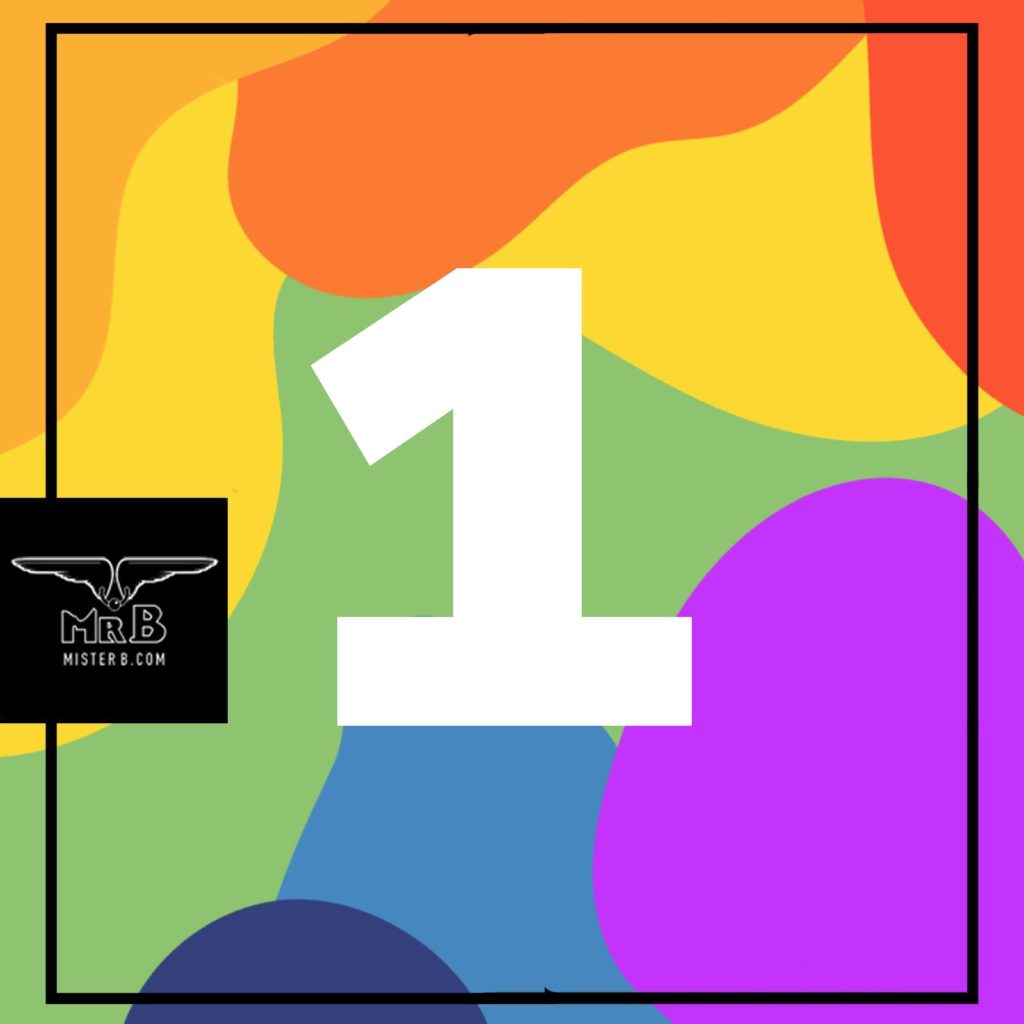 1.Essentialist thinking is from the past, for the past, so leave it in the past. Thinking that our gender is based on our bodies is quite passé, old fashioned, and I personally think it’s inaccurate even. Most importantly however, it’s highly offensive to many people. So please: try using inclusive language that isn’t going to offend anyone.

Do say someone was assigned male or female at birth because that’s how it happens. When we are born, the doctor or midwife assigns an ‘M’ or ‘F’ on our birth-chart based on what’s between our legs. Perhaps needless to say, but gender is SO much more than a dick or pussy! Try to think about gender as something we identify with individually, as people able to declare who we are by ourselves. Oh, and don’t ever ask trans people about their genitals. It’s none of your fucking business! 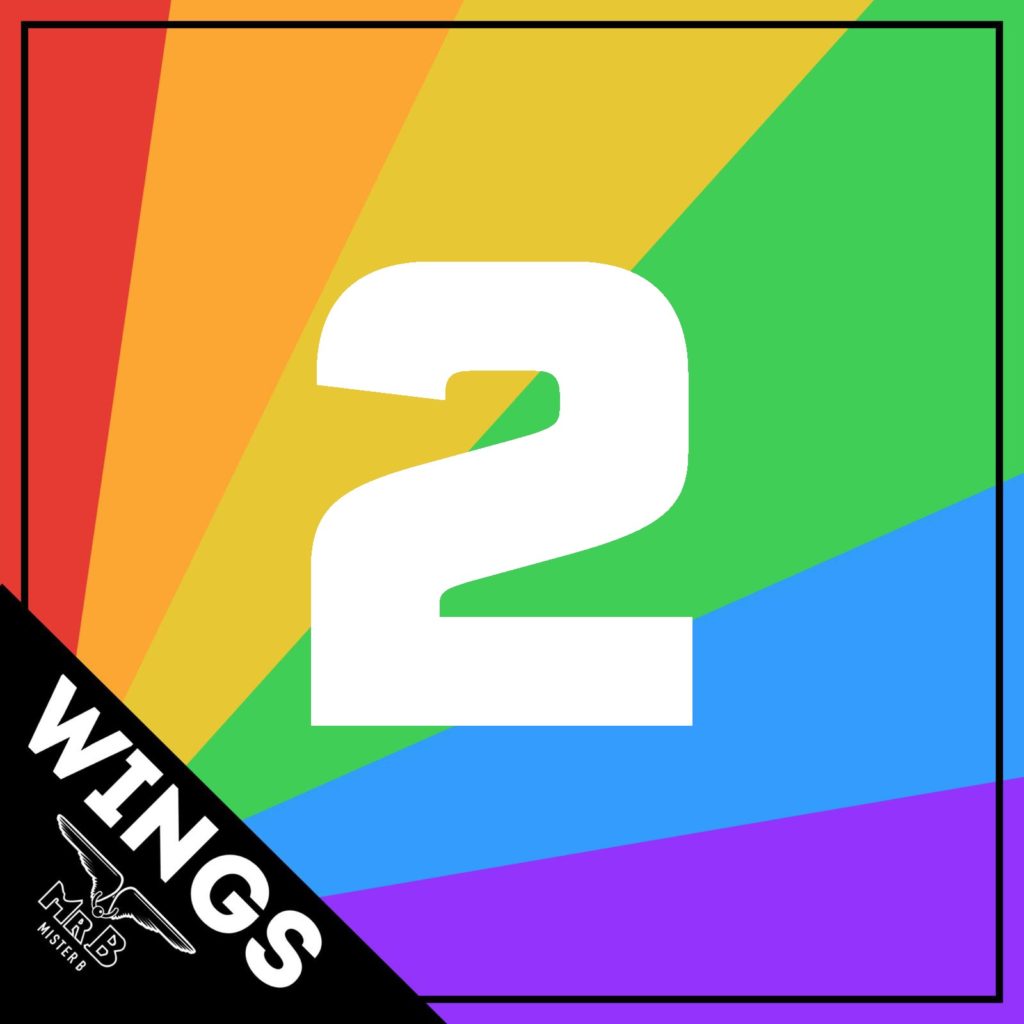 2.Practicing gender inclusivity involves considering a lot of different factors, such as spaces and language.

Do not use gendered language like ‘ladies and gentlemen’ when addressing a crowd.

Do use ‘folks’, ‘lovely people’, or ‘you big bunch of gorgeous assholes’ in order to include everyone.

Do not use ‘he’ or ‘she’ when you don’t know how someone identifies.

Do use ‘they’ and ‘them’ instead. Examples: ‘I saw Alex yesterday and they said they hate you.’ Or ‘Alex is hot, I want to fuck them up the ass, hard.’ 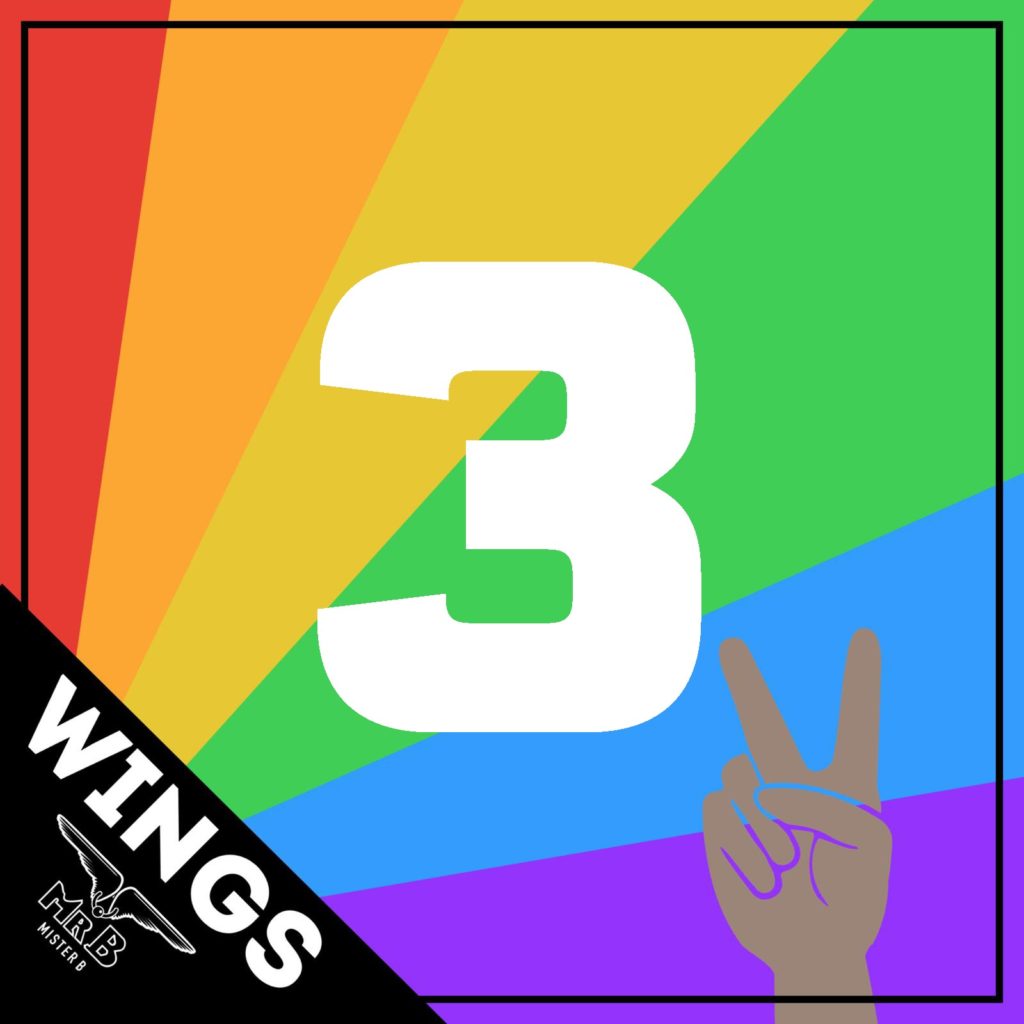 3.Bisexual erasure and repression is a problem. If bi men continue to be afraid to come out as bi because of the risk of experiencing homophobia (the struggle is real!) and if we don’t want to contribute to the objectification, inequality and silencing of anyone, especially women (we don’t), then the very least we can do it make bisexuality more visible and acceptable.

Do not use bi-phobic language like ‘all women are a little bi’, or ‘bi now, gay later’, or ‘Gold-star gay’ (one who’s never been with a woman). These are all examples of bi-phobic language and bi-erasure. Saying these things invalidates a bisexual’s experience and that happens more than enough from straight people, so please: just don’t. 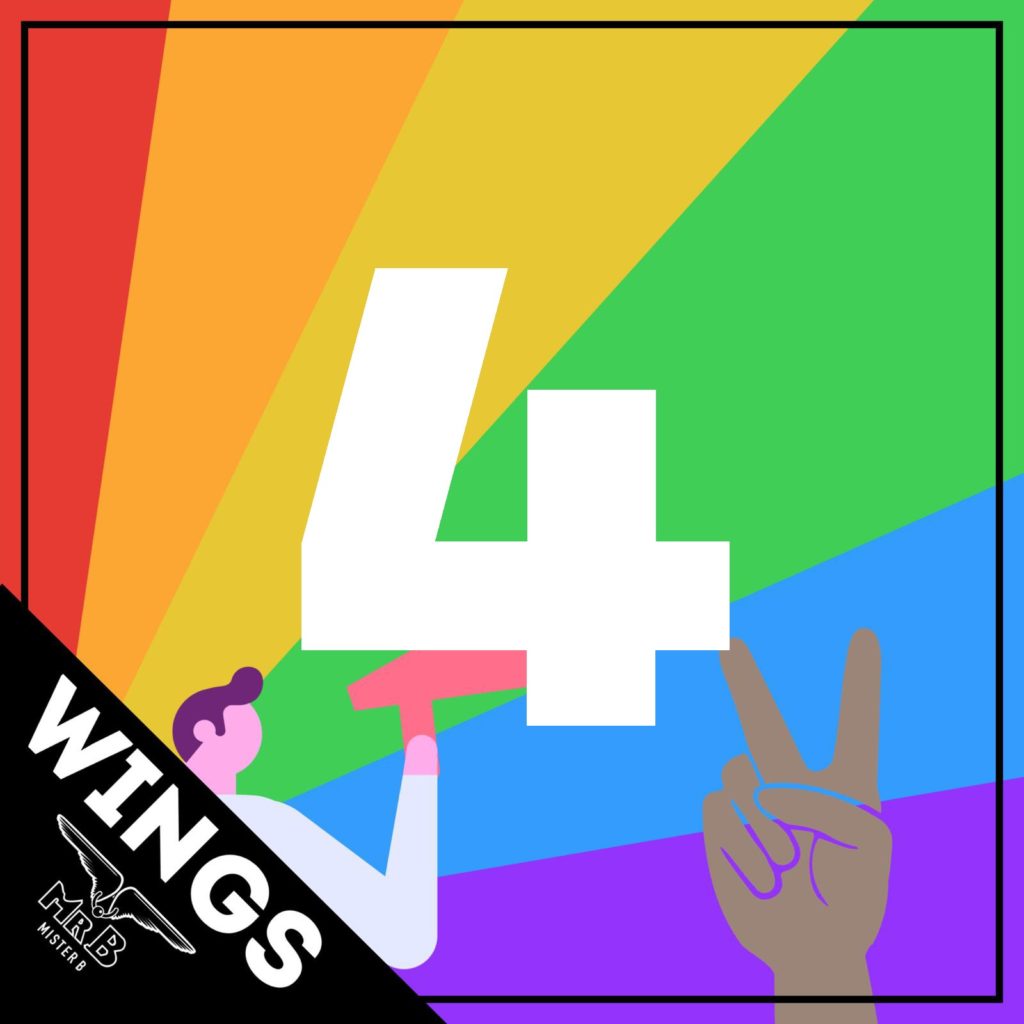 4.Okay, boys, I know a lot of you don’t really want to hear this one, but I’m sorry it is critical to note: whether we like it or not, being white is a privilege that may not be easy to recognise, but is present in the scene. The disadvantages that QPOC (Queer People of Colour) experience are prevalent daily, consistently, and in every type of scene.

Do not disregard this topic, or resist thinking about it, or shrug it off as not being your problem.

Do listen to QPOC experiences, give a platform to QPOC voices and visibility when and where possible, and be willing to feel a little uncomfortable with the reality of our privilege. It’s only gonna hurt a bit, but I know you are tough and you can probably take a lot more than you think. Think of it as training your hole to take a bigger toy – eventually you’ll be able to get it all in. 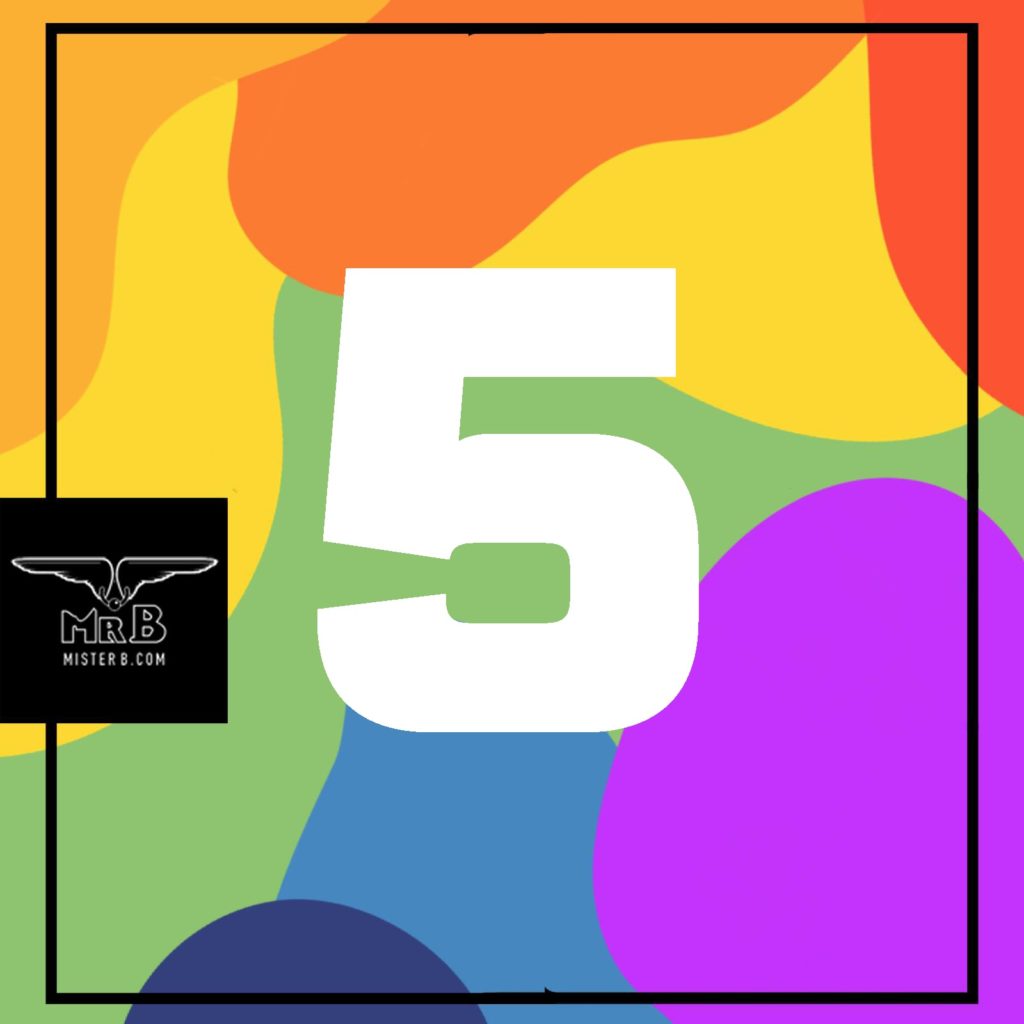 5.Lastly, if you want to find out more about these matters because you want to do better: that’s terrific and I’m proud of you! There are a lot of amazing new documentaries on Netflix and videos on YouTube, or you can even ask me any questions you may have, and I can help you find great resources, but it’s important to remember that they are your lessons to learn.

Do not ask a trans person about transphobia, a person of color about racism, or a person in a wheelchair about ableism. While some may be happy to answer some questions, it’s not their responsibility to be your Google assistant.

Do your homework! Be kind to each other, there’s enough space for all of us. 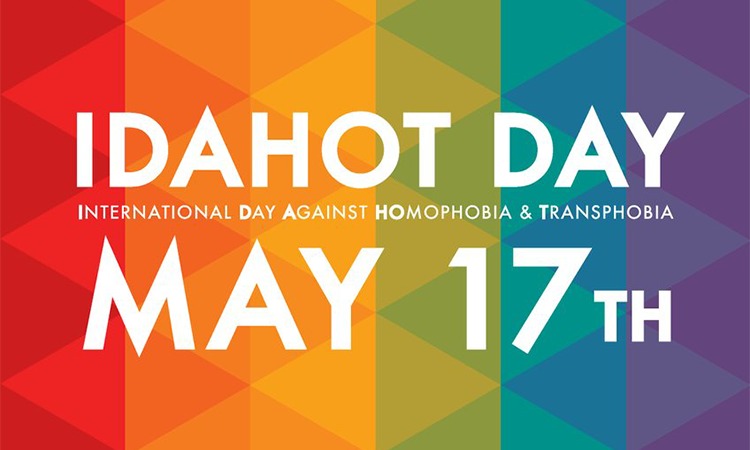 You can find more information about IDAHOT on may17.org