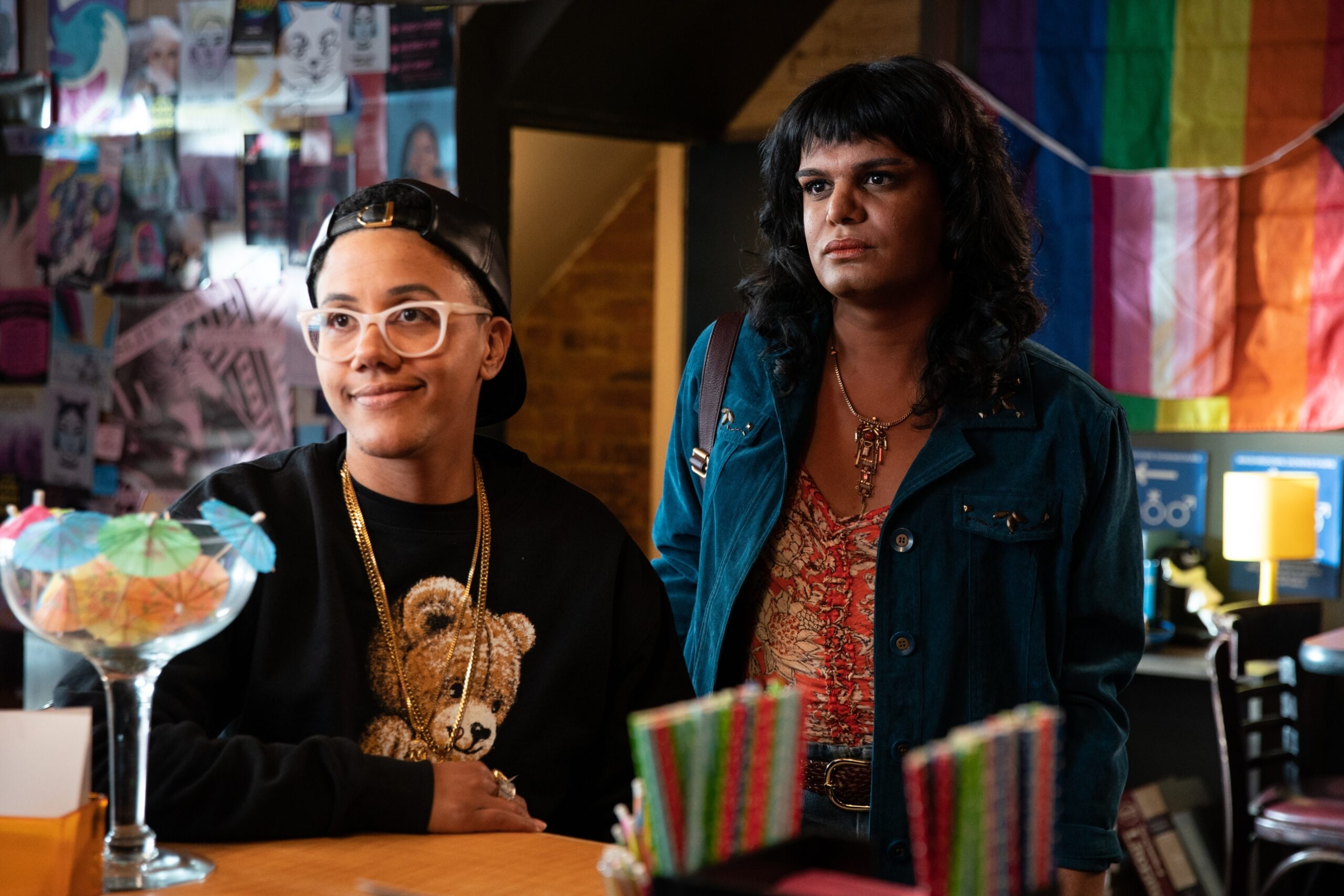 The first time I heard the term ‘non-binary’ was in 2016, when I was stepping down as one of the hosts of a local LGBTQ+ radio program called Pink Terrorists. A new generation was going to continue the show and as part of handing over control, some of the old guard met with the newbies for a drink, two of whom were non-binary.

I vividly remember not understanding what it all meant. What confused me most was the term itself. Especially the ‘binary’ part felt so, for lack of a better word, scientific. It made me think of ones and zeros; not of living, breathing human beings. I didn’t comprehend why anyone wanted to identify with a label like that. And I suspect I was also a bit intimidated by these kids, who clearly knew who they were, and who were very expressive about it.

Looking back, that initial reaction makes me feel uncomfortable to say the least, and to be perfectly honest, pretty ignorant. Fast-forward to 2022 and I hope I have evolved since then. How someone identifies is clearly none of my fucking business. As a gay man I definitely know what a struggle it can be to understand who you are and what makes you tick. And I know how empowering it can be when you finally find out – especially when you are in a position to live your truth! So putting a little bit more thought into it, informing yourself, and putting yourself in someone else’s shoes, is not too much to ask, right?

Thankfully, these days, a lot of people from all over the world are at least (semi-)aware of the existence of different gender identities and gender expressions, because of what they have seen on television or what they have read online. They might even have some sort of understanding of what it means to be gender fluid. If not, sooner or later, they will be educated inadvertently by popular celebrities, like Queer Eyes’ Jonathan Van Ness, whose approach is super personal and full of humanity. Watch the third episode of their new Netflix show Getting Curious (‘Can We Say Bye-bye To The Binary?’) to see what I’m talking about.

I think it’s beautiful that mainstream platforms are not just showing queer people, but that they are presenting us in new, more realistic ways. No longer are our sexuality or gender identities turned into an issue or a problem for entertainments sake, or worse, as a warning to ‘normal’ people. These days we are portrayed as lead characters; as individuals with actual (complex) personalities. Our queerness is part of who we are, but it’s not our defining characteristic anymore. And, better yet, it turns out not all of us are white! Who knew?

The HBO Max series Sort Of (2021) is a great example of a show that incorporates all of this and more. In the first episode we are introduced to Sabi Mehboob (they/them): a guarded, non-binary millennial, living in Toronto, Canada. Sabi, the child of Pakistani immigrant parents, works as a bartender at an LGBTQ+ bookstore-slash-café, and as a parttime nanny for an interracial family of four. At the start of the show, Sabi is struggling with basically everything. Their place in life, their relationship with their mother, their gender identity, and their loyalty to two of their best friends: 7ven and Bessy.

Best friend number one, 7ven, is played by Amanda Cordner, whose pronouns in real life are she/her, he/him and they/them. Like Amanda, 7ven is pretty much beyond any gender label. They are queer as fuck, fearless, and they try to push Sabi out of their comfort zone by inviting them to move to Berlin together, to live their ‘best queer lives’. 7ven dishes out some tough love all throughout the show, which Sabi takes in slowly, but surely.

Best friend number two, Bessy (played by Grace Lynn Kung), is the first person who sees Sabi for who they really are. The two meet when Bessy (she/her) is looking for a nanny to take care of her two children: Violet and Henry. They connect instantly and during the interview Bessy dares to ask the dreaded question: “Hey, um, has anyone asked you your pronouns?” To which Sabi replies: “Yeah, no-one’s asked me that.” Bessy: “Well, I’m asking. What are your pronouns?” While looking timidly into Bessy’s eyes, Sabi answers truthfully (and almost to their own surprise): “They. Them.” It’s a tender, self-affirming moment. Beautifully acted and poignant.

Sabi decides to move to Berlin, but when Bessy has a bicycle accident the following day, and ends up in a coma, they choose to stay in Toronto to take care of the kids, much to 7ven’s disappointment. What follows is a road to self-discovery and acceptance. Not just for Sabi but for all their close friends and family, including Bessy’s kids and her ‘weirdo’ therapist husband Paul, and ‘Sabi’s mom’ Raffo. Granted, all of this might sound very dramatic, dark and heavy-handed, but guess what? It’s not!

Sort Of is really funny, honest, emotional and uplifting. It’s full of hilarious and awkward scenes, including one where 7ven publicly comes to terms with having herpes, and another involving Violet punching one of her classmates in the vaginal region – or was it pushing? It expertly pokes fun at wokeness, trolls privileged cis white dudes, and deals with growing up queer within two different cultures. It features fleshed out characters that ‘tell it like it is’, who deal with being human from their own unique perspective, without serving up clichés or being all dramatic about it.

Sort Of is a show, that in my opinion, is Sort Of Amazing and hasn’t gotten the (media) attention it deserves. I cannot recommend you enough to check it out. The first series consists of eight bingeable episodes (each 21 minutes in length), and there are so many great moments and characters that I haven’t even talked about, because of #nospoilers. Watch it now! Find out if Sabi is going to ‘supernova into self-realization’, why they took the noodles and left, and get ready for the second series that has just been announced!