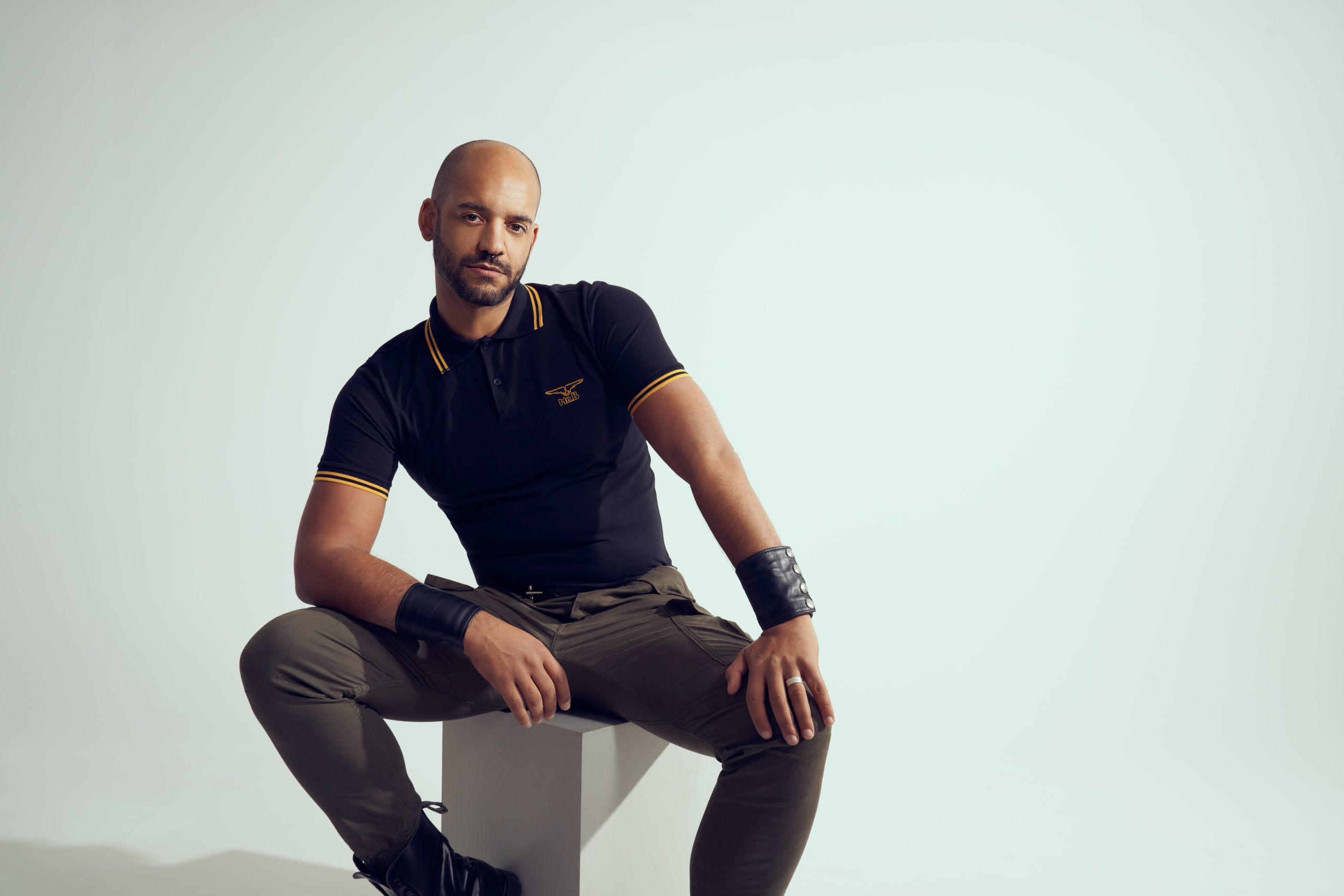 We caught up with Tony to talk about his work for WINGS, his experience as a person of color in the fetish scene, and the future of the magazine (which includes reaching out to the wider queer community).

Tony, congratulations on the 10th issue of WINGS! Did you ever think you would be working on this magazine for 5 years (and counting)?

“No never! When we started with WINGS I just wanted to try out something fun and new. But when the first issue was released I realized we created something significant: a platform that didn’t exist before. Our early issues were mostly focused on Mister B as a brand, with tons of pictures and some stories about kink basics like ‘This is how you fist!’ What I love is that we have started talking about difficult subjects and pressing issues as well. We’ve met so many different people from different backgrounds. Also, those who don’t necessarily look for the spotlight themselves – like activists in countries where being gay is still a taboo. We go in-depth about why you have certain fetishes and things you need to be aware of during a play session. That’s the thing with fetish – you need to read about it or experience it for yourself. It’s nice to have that information presented to you in a magazine before you start exploring. WINGS gives fetish a context. It normalizes it. It’s nice to read about others who have similar experiences. You discover you’re not the only one who is wired this way.” 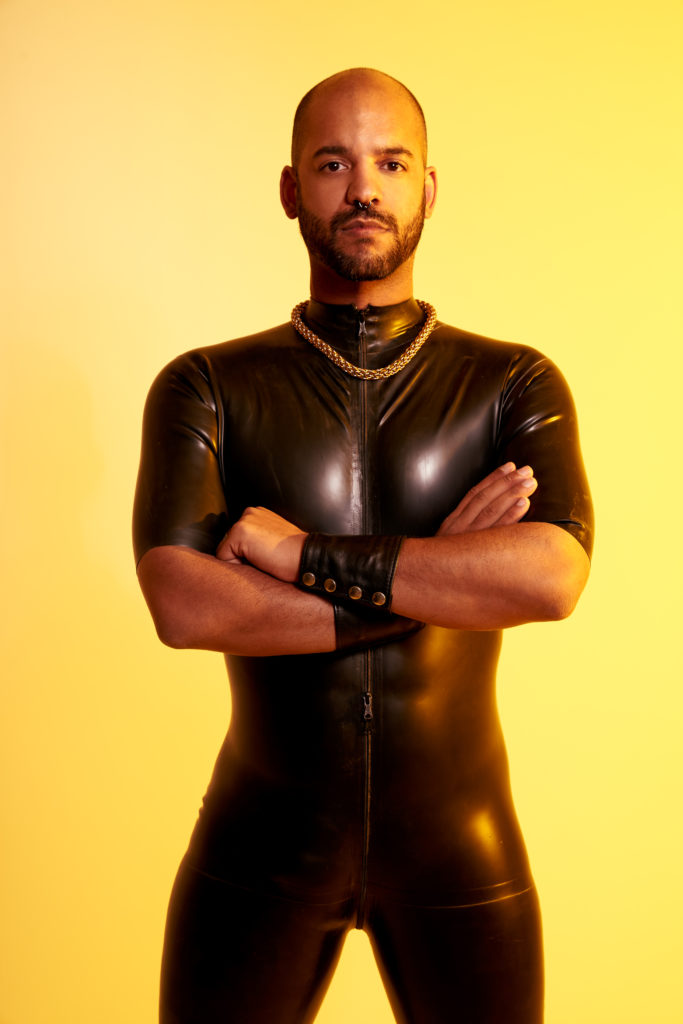 “I thought the interview with Master Giacon – “You don’t just come here to lick my feet” – from issue 9 was really interesting. But the most fun story is ‘Losing my fistginity’ from issue 3, written by my Mister B colleague Blas. It’s honest, has a lot of humor and it’s pretty graphic;  What were your favorite stories?”

But, enough about me, let’s talk photography. What was your favorite photo shoot?

“We did a shoot in Berlin in a deserted hospital for issue 5. That was pretty exciting. We had to climb through a hole in a fence with all our gear, the models and the photographer. We were not allowed to be there, so we had to be quick. At one point we walked into this old morgue in a cellar. Everything in there was broken. It was pitch dark and super creepy. We tied one of the models to the metal autopsy bed that was still there and placed a second model next to him dressed in a rubber apron. We put a single red light in the background and the flash lit up the room every time we took a pic. The whole setting was bizarre and kinda scary. The photos turned out to be amazing. When you go urban exploring for locations you never know what you might find. Shoots like that are a lot of fun!” 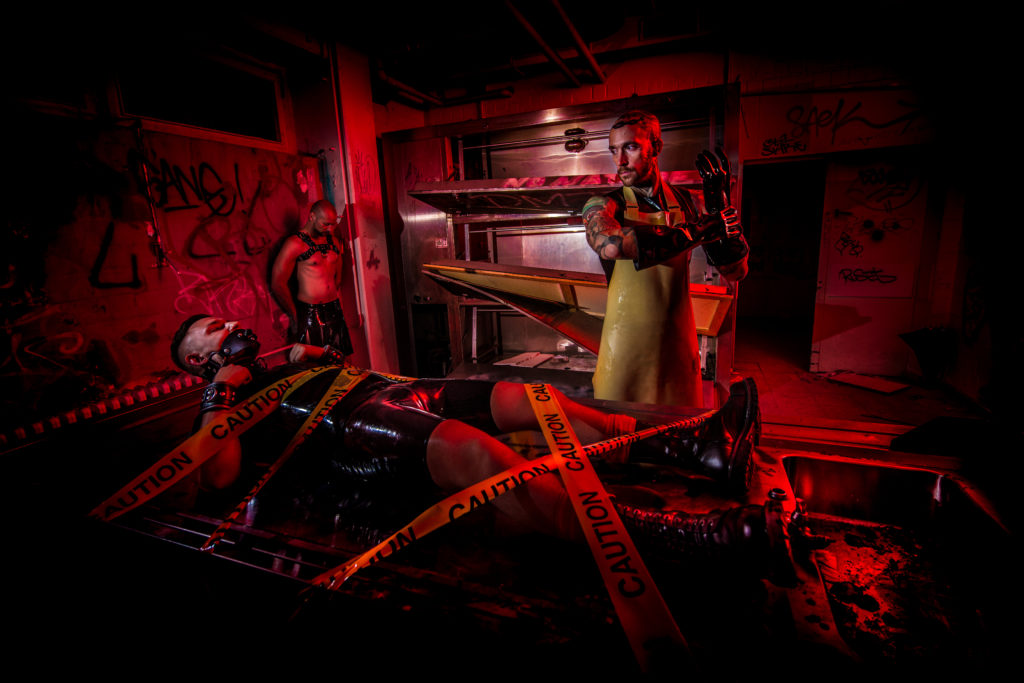 You mentioned earlier that WINGS also talks about pressing issues and current events. Black Lives Matter has been in the news a lot this Last year.

Mister B and WINGS are very supportive of this movement and you – as a person of color yourself – have been very verbal about it on your personal social media. Can you tell our readers a little bit about that?

“We all know what happened to George Floyd and Breonna Taylor. As a person of color, I know that systemic racism is real. And apparently other people are finding out about it as well – which is good. I had to dig deep to find out how I feel about it. It was a confrontation with myself and my past. I grew up in a white man’s world. People forget I’m half white. Society automatically sees me as a black man, no one ever sees me as white. As a child I grew up in that environment and I learned to accept it quickly. It’s not cool if you are constantly aware of being looked at in a different way. I tried hard to be an exaggerated version of a Dutchman. My friends called me the ‘whitest’ friend they had, that says it all. I didn’t want to stick out. My dad is from Curacao, but I didn’t want to learn Papiamento, his first language. Looking back at that I regret it. I didn’t want to be different back then. When I came out of the closet I was unapologetically gay. Same goes for being a fetishist. It was never an issue and I never tried to hide it. But it took me a very long time to be unapologetically black. But now I feel like that. Now I’m proud of it.”

What are the reactions to your online activism?

“I want to share my experiences with people who are open to a conversation – even though that shouldn’t be my job. And I can tell you it’s exhausting. I’ve unfriended so many people on Facebook because I didn’t want to deal with their negativity. I can’t change their attitudes and I’m not even going to try. What I find most difficult is people who by definition don’t mean what they say in a bad way. They are confronted with their own white privilege and immediately feel the need to defend themselves and convince me they are not racist. First of all: I don’t care! Second of all, it’s not up to me to make you feel good about yourself.” 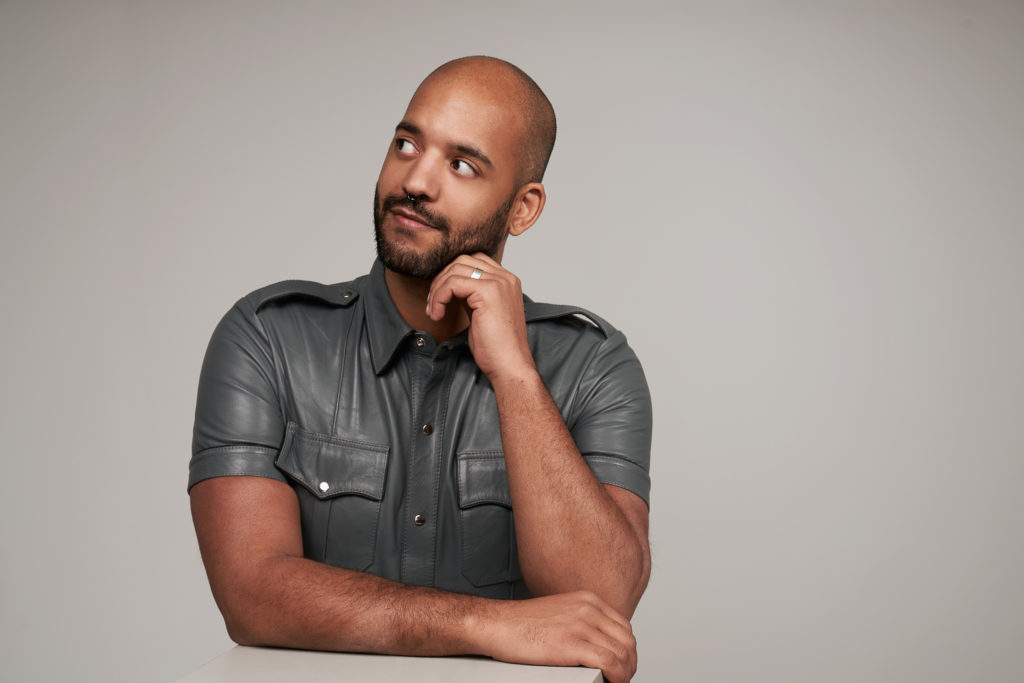 What has been your experience as a person of color in the fetish scene?

“That’s a good question…I don’t know… I was never really aware of it that much, but subconsciously it did play a part. There are not a lot of visible role models in the fetish scene for persons of color and I think that’s unfortunate. It made me want to live my fetish live in the open for anyone to see. Being a person of color was a unique selling point, but it shouldn’t be the only reason why people like you. In my personal experience, other kinksters were more interested in my fetishes than in the color of my skin. Being black can be fetishized in the gay scene as a whole. I hear from others who are more vanilla that it is more of an issue for them. They have to deal with certain stereotypes. ‘You’re black so you must have a big cock’ or ‘you’re black so you’re from “the hood”’. Not that there’s anything wrong with being from “the hood”, but hey, that’s just not me.”

Let’s get back to WINGS. What’s in store for the future?

“Mister B is not only about selling the best fetish gear – we are more than just a store. We believe in supporting and investing in our community. That started with our founder Wim Bos and the work he did during the aids epidemic. We have a social conscience and we want our community to thrive and grow. When we started WINGS our audience was limited to the customers of our stores. Now you can find us online as well on MisterBWINGS.com, which makes our audience a whole lot bigger. Starting from issue 11 we will update the look and feel of the magazine, both online and offline. Not just design-wise, but also when it comes to the content we offer. We want to be a platform for all queer fetish voices. People of color. Gay. Trans. Intersex. Non-binary. Gender fluid. We recently put out a casting call for new writers – people with fresh perspectives and something interesting to say about the fetish scene – and the response was massive. And let me be clear, we don’t want persons of color to write about their experience in the fetish scene as a person of color. We want them to write about their experience as an individual. I think that’s an important advancement. I’m looking forward to working on that and getting all of your stories out there!” 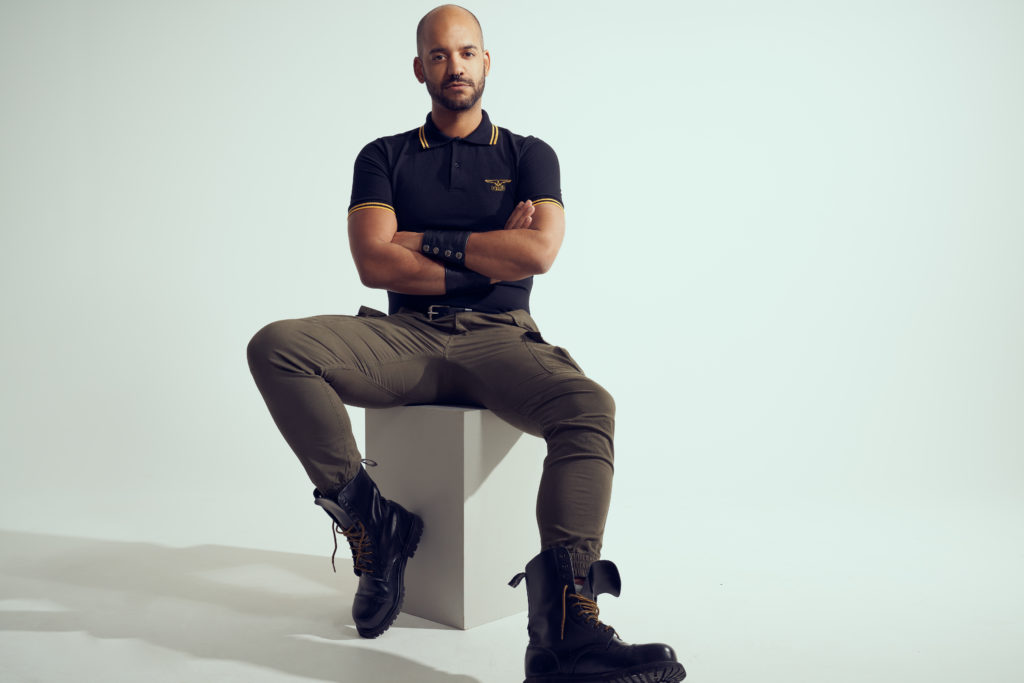 Want to know more about Tony?

Follow him on his Socials and read his articles here on MisterBWINGS.com

We are looking for new writers to contribute to our ongoing online publication of news, opinions, and stories from the international fetish scene. We want content about sex, sexuality, fetish, and more!

We especially want to invite writers who are trans, non-binary, intersex, people of color, and of diverse abilities to apply, but we welcome everyone’s views!

Our goal is to make Wings Magazine an outlet for all the wonderfully diverse voices of the global fetish community.