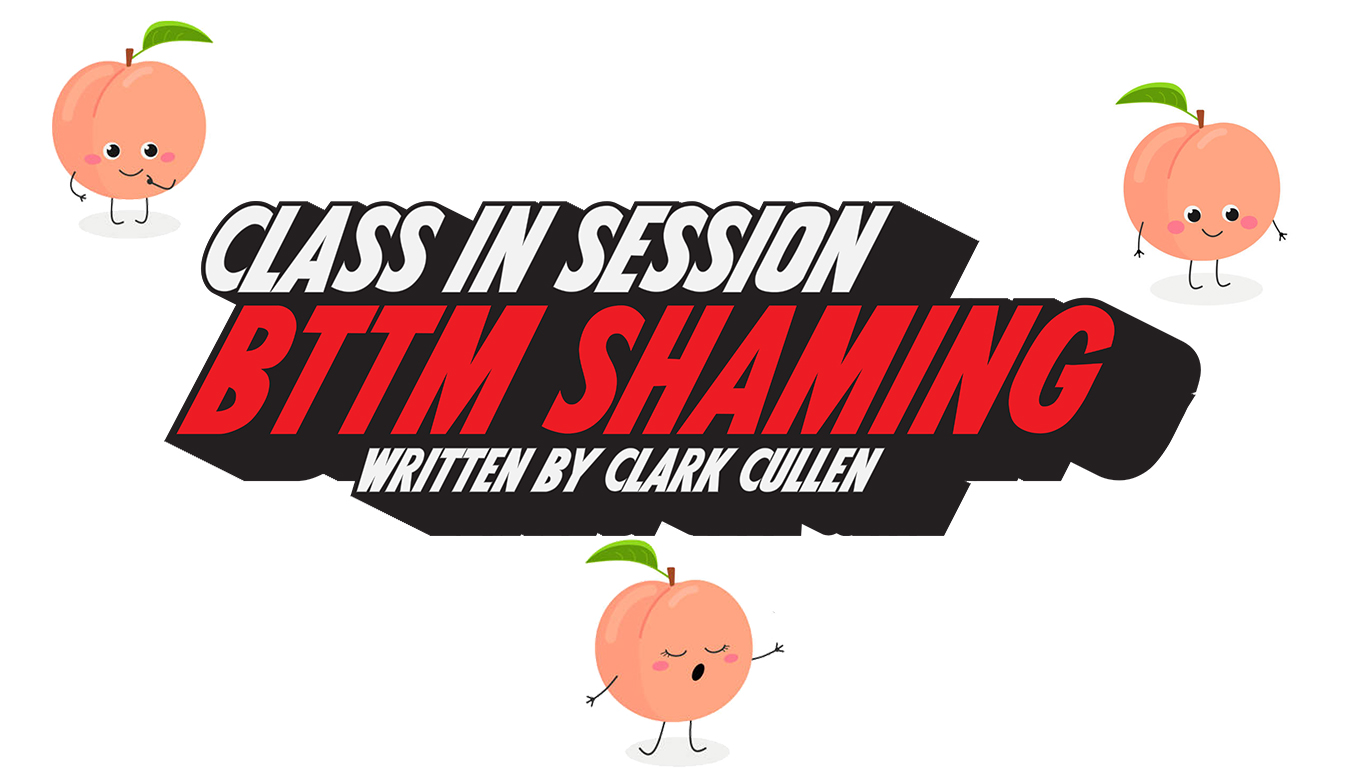 As a minority community in an already troubled society, we have a lot on our plate. But whilst we direct much of our attention to protecting ourselves against external adversity, we must not forget to self-reflect, own up to our mistakes, and identify places for self-improvement. In that spirit, WINGS proudly presents Class in Session: Bottom Shaming. Pay attention and take notes because schooling starts now.

In case you didn’t know, in gay penetrative sex, you can take one of four positions: top (you’re doing the penetrating), bottom (you’re being penetrated), versatile (you’re up for both), and side (you’re up for neither). When you think about it, even within the terminology ‘top’ and ‘bottom’, a hierarchy is implied. Aside from taking it up the ass, which might explain why bottoms are labelled as such, there really is no logical explanation. Why should someone ‘giving’ in penetrative sex be awarded the title ‘top’? To avoid incompatibility, asking your potential partner which position they take is often an essential step when conducting pre-hook-up background checks. However, men are often afraid to declare a full bottom status due to the cross-cultural and prevalent stigma around it. All too often, this stigma results in bottom shaming. And it’s not just the tops that are the culprits. Gay men of all positions (bottoms included), and even heterosexuals, are guilty as charged. Whether that shaming is internalised or directed at others, it’s about time it stops! 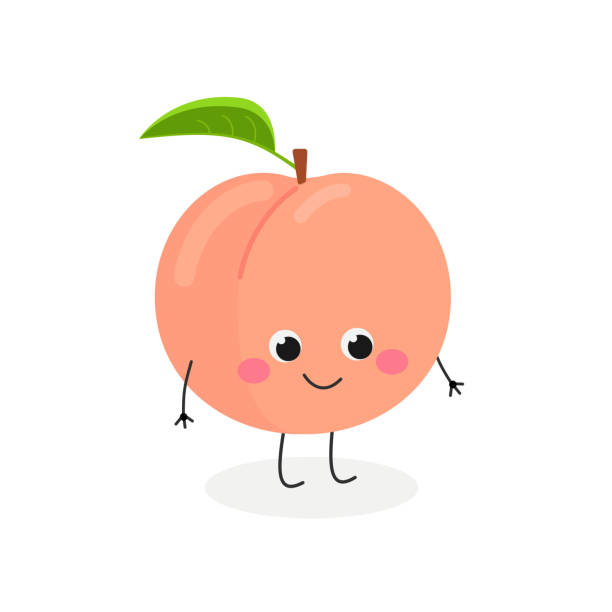 This may be an oversimplification but attempting to shame someone would be stripped of all its power if no one felt ashamed. To retain its reputation as one of our most consuming emotions, shame relies on the existence and nurturing of stigma. So perhaps the best place to begin our exploration of bottom shaming is to understand the origin of the stigma around bottoming. As history would tell, its’ been there since the days of ancient Greece. Back then, only the enslaved, considered non-citizens, assumed the bottom position.

And contrary to what opening Recon in Berlin might suggest, there was little pride to be taken in being a slave. Moving forward to the AIDS crisis of the 80s, a new shame started to surface, one that had nothing to do with a person’s poverty or low social status. With little known about the deadly virus, there were specific anxieties about which practices were deemed safer, and bottoming was considered, by far, the riskier of the two positions. As a result, many gay men disavowed bottoming altogether.

Being a bottom is also indicative of gender roles. “So… who’s the wife in the relationship?” you may have heard a gay couple being asked. Drawing similarities to vaginal sex, the bottom, as the one being penetrated, is typecast in the woman’s role. So, when that question is asked, there’s very little interest in uncovering who’s the breadwinner and the homemaker. What is really being asked is, “who’s fucking who?” Given how deeply misogyny has been woven into the history of our civilisation, it (sadly) should come as no surprise that being compared to a woman comes with an additional set of reasons for bottoms to feel shame. And as misogyny so often does when dominating discussions on gender and sexuality, it ushers in the topic of toxic masculinity.

“Even as a top, I’ve experienced bottom shaming! For example, when bottoms meet me, they regularly assume that I am just a bottomless hole – based on how I choose to dress, my skinny build, or how I portray myself. But no, honey, I love to top way more than bottom. I am tired of feeling like I must convince people of that.” 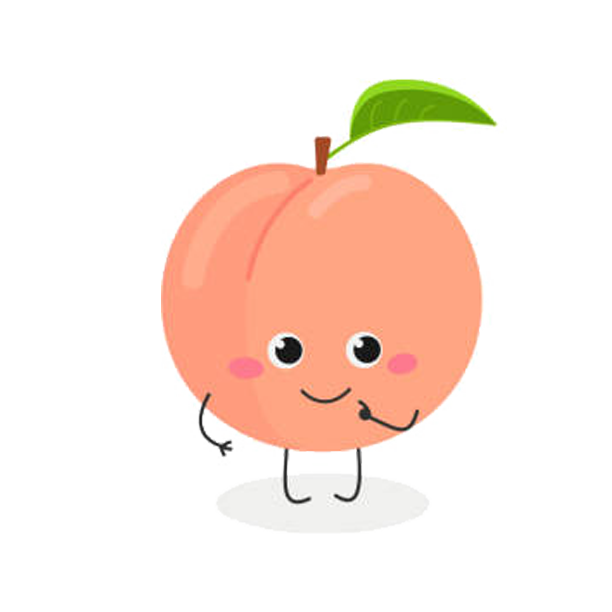 A strong contester for present days’ most pervasive cause of bottom shame is this cultural ideal of what a man should be. An ideal that, once adopted by the gay scene, has been that much more resistant to the change of season in the cultural climate. We (the gay scene at large) defiantly cling to this idea that a ‘real’ man is dominant, assertive, aggressive, and physically and emotionally tough. And since, as misogynistic ruling would have it, the top is ‘the man’, these are qualities we’ve come to expect and respect in a top. Lift up its legs and flip it over, and we face the opposite issue. Someone who lacks these qualities is not deemed ‘top material’ as they fail to meet the criteria of a ‘real man’. Instead, they are appointed the role of ‘the woman’/bottom and are considered weaker, passive, and emotional beings. Think about it: how many times have you presumed to know if a guy is a top or bottom based on either of these sets of qualities? Or perhaps you first found out a guy’s position and then presumed to know which qualities you’d encounter when you met them. Regardless, the stigma surrounding bottoming has little to do with whether someone takes it up the ass, but rather a whole range of factors.

“I was sexually inexperienced when I met my ex-boyfriend and felt more comfortable topping, which also suited him fine. But when he insisted on sticking to defined roles, his expectations of a ‘top’ forced me to man up and act butch. For six years in that relationship, I associated my ‘fem’ qualities with bottoming. Finally, now, as a single man, I can embrace my bottom urges and not feel any less of a man.”

In the 70’s the gay community began using apparel to signify their sexual preference – wearing a left earring or dark-blue hanky in your right back pocket meaning “please fuck me”. But this trend of using gay semiotics has continued over the fifty years since then and evolved into what we have today: a community that treats ‘bottom’ as a fully-fledged identity category with its own set of cultural signifiers. Bottom culture has become such a thing, in fact, that to be a bottom, you no longer even need to bottom. New online memes about bottoms flood the internet every day, with their punchlines often dragging back tired tropes such as bottoms eating spicy food or listening to Lana del Rey to cure the heartbreak of douching for a no-show date. Commonality is found in their power to distance, inch-by-inch, the idea of being a bottom from a person’s preference of sexual position. This results in a divided social system of gay men wherein tops and bottoms are no longer the same species. This separation has inevitably made way for bottom shaming to take a center seat in our community, and seemingly left in its wake an abundance of ammunition to start us off.

“I feel like even within the gay community, people see bottoming as a joke or something. And somebody who bottoms is beneath a top or something. The idea of that, I feel like, is a form of misogyny between men. It doesn’t make any sense, and people attribute certain traits to whichever sexual position you decide to take. A lot of people say, ‘It’s just a joke.’ But all jokes have truths to them.” 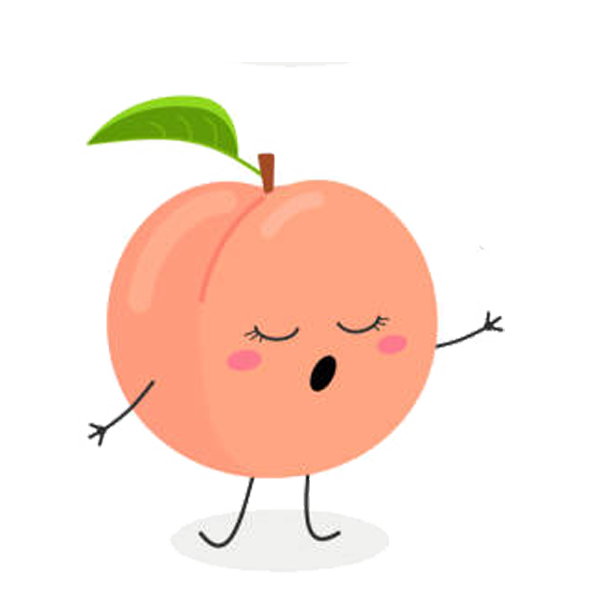 Remarks on bottom culture is often meant as harmless humour with most of its humour relying on an element of truth. Yes, despite their best efforts, bottoms do sometimes make a mess – after all, in anal sex, phallus goes in where faeces come out. And yes, bottoms do tend to be upset if they’ve wasted time prepping for a dick that never came. However, what these truths should help us realise is that for gay sex to be great, whether it be a one-night stand or the sex life of a married couple, bottoms must work much harder than any top ever will. Whether it’s pretending to be happy with a side salad and a glass of water at a dinner date or squatting over the shower head for half an hour as it flushes out their insides, bottoms deserve to be celebrated, not shamed!

We’ve reached the end of the class. Here’s your homework.

Tops: respect all that your bottoms go through, that you never have to. And if you want an A+, try being a bottom, just once. And don’t skip the hours of prep!

Sub Bottoms: if you genuinely enjoy the degradation of bottom shaming, then own it. Go to Grindr and change your name to ‘bottomless hole’ or whatever works for you. No kink shaming here.