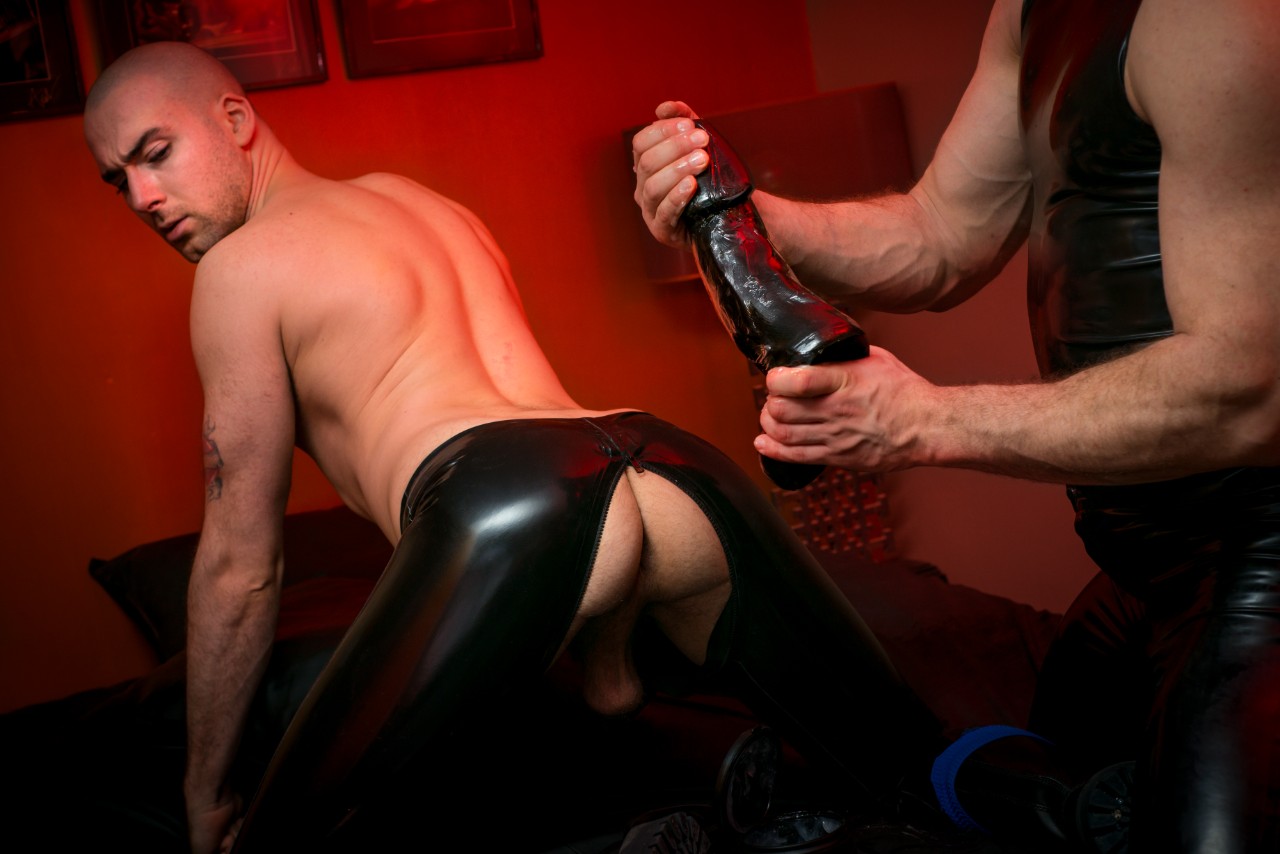 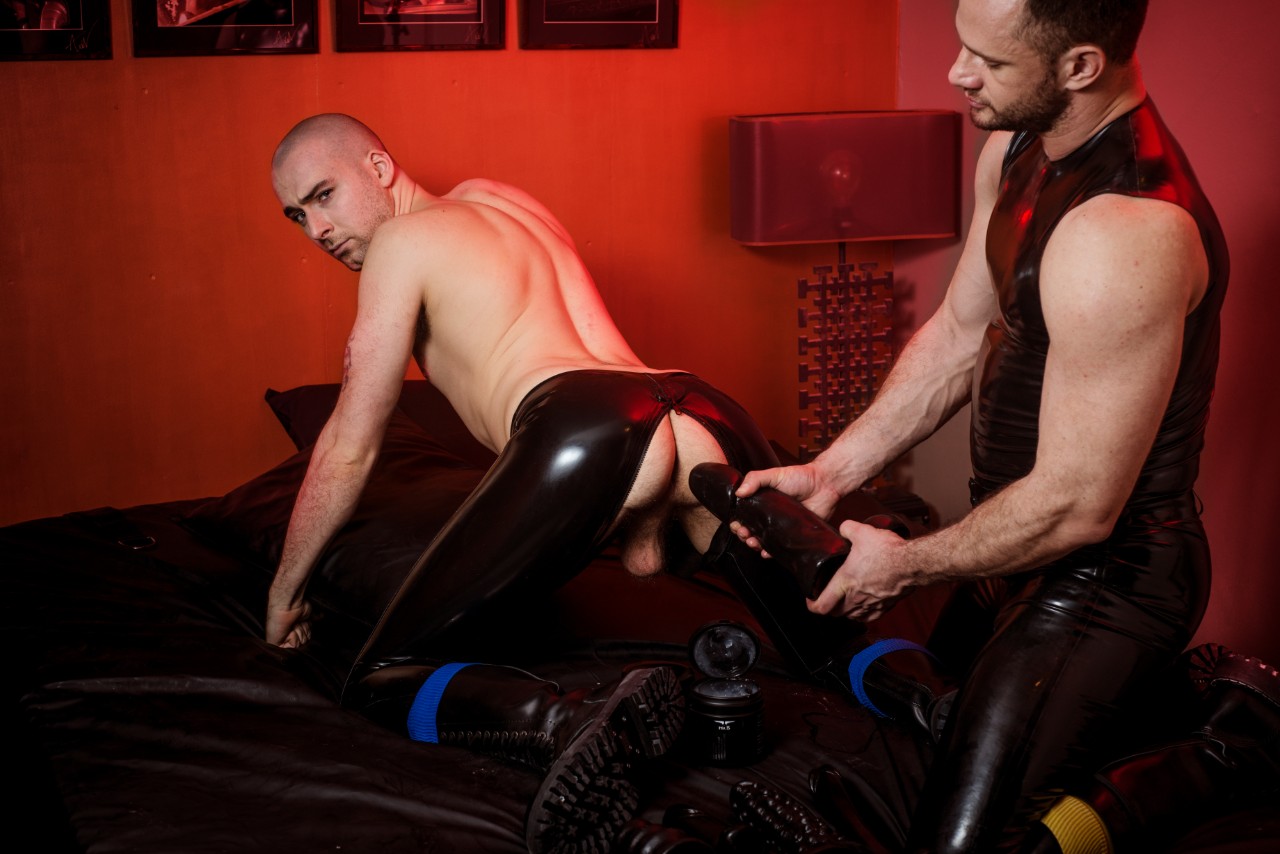 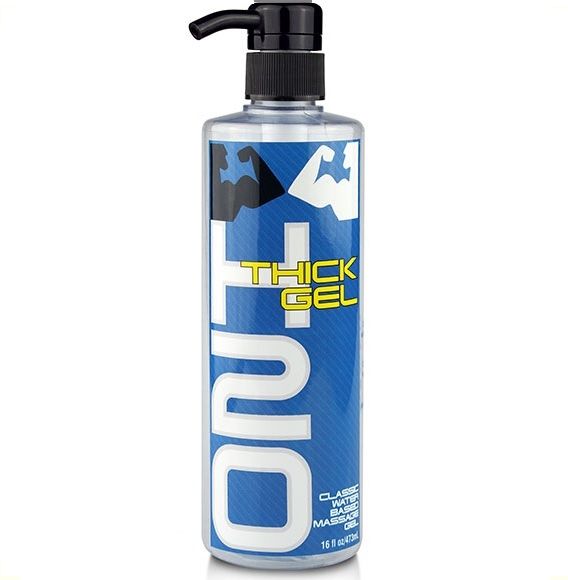 Next the material firmness should be considered. Which degree of it is good is depends on the usage situation. For training an ass to open up a softer toy is better because it adjusts a bit to the sphincter. For wearing a toy for an extended period of time a harder material is better because the sphincter will adjust to the form of the toy which is more comfortable in the long run. Also with hard surfaces the likelihood of skin folds and thus a pinching sensation decreases. The firmness also impacts the structural integrity. The firmer the toy the easier it will stand up by itself. This is especially important if the toy should be used ride or sit on it. If it is too soft, it will collapse. 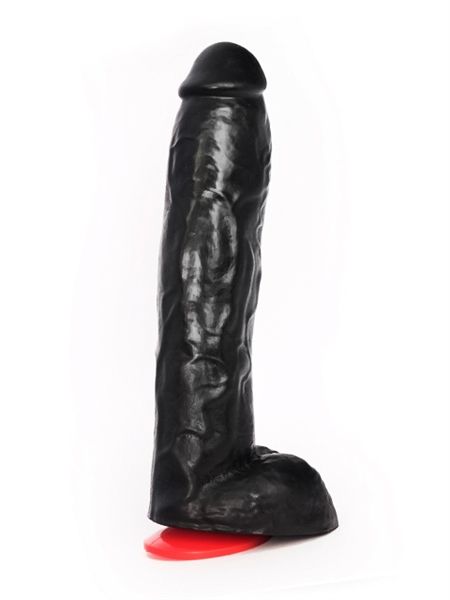 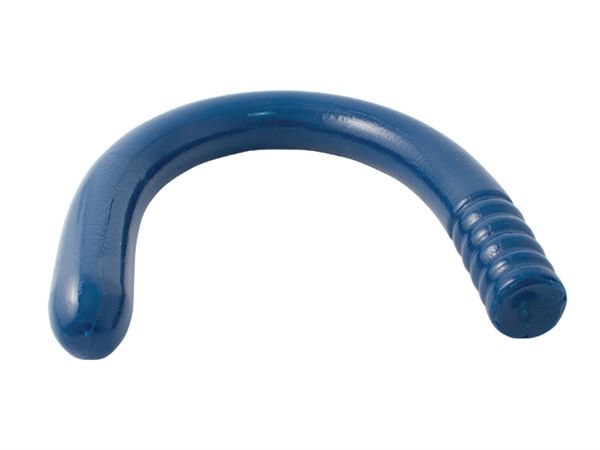 The shape of a butt plugs is best compared to the bottom half of a sand clock. From the tip they gradually increase in diameter and then – depending on the plug – either taper again or go directly into a short neck which is attached to a base. Through the gradually increasing diameter the main sensation of plugs is a stretching one.  So plugs are good to slowly train the sphincter to open up to a certain diameter.

A special form of plugs are hollow or tunnel plugs like the Oxballs Pig Hole. Their outside form is like a butt plug but instead of being solid they have hole in the middle. Through the opening in the middle the tip is dull. So even if you can take the maximum diameter of the plug you might not be able to take it or only after a long pre-stretching. The hole is useful for many things. Through it lube or other liquids can be poured or the closing function of the sphincter can temporarily be taken away. The plug also protects the nerve endings in the sphincter from friction. Thus hollow plugs are especially useful in combination with depth trainers. Such plugs shield the anus from the friction sensation allowing the bottom to focus on what is happening at his second sphincter. When the tunnel plug is made out of a stretchy material (and is large enough) it can be used to fist through it making a formally too small toy interesting again or put it over a standard butt plug to increase its size.

With the increasing popularity of pet play there is a growing market of tail plugs. Instead of a base an appendix mimicking the look of an animal’s tail (most common are dog and pig tails) is attached to the plug’s body.  When choosing a tail, it is important to keep two things in mind: Don’t buy a too small plug section because if it slides in too easily it will also slide out easily which can lead to losing the tail when walking or wagging. Furthermore the mass ration between the plug and the tail should not be off too much. The center of gravity should be at the plug, otherwise there is also the danger of the tail popping out easily. Tails are also popular with switchers not into pet play. When fucking somebody the tail will develop a momentum which is transferred to the plug section which than stimulates the prostate. 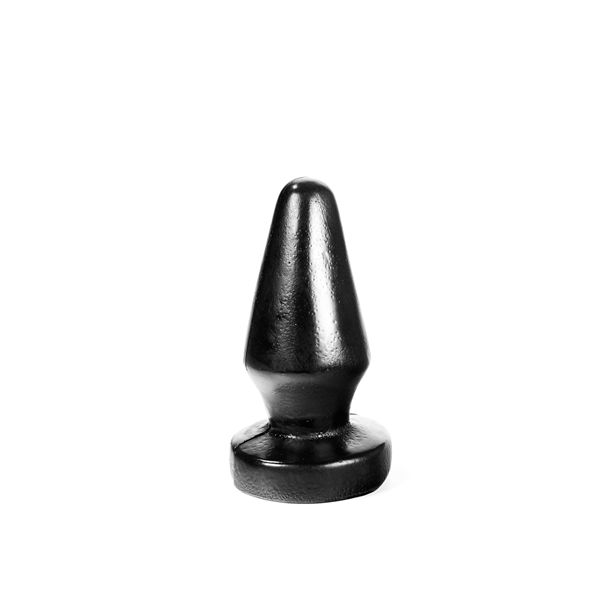 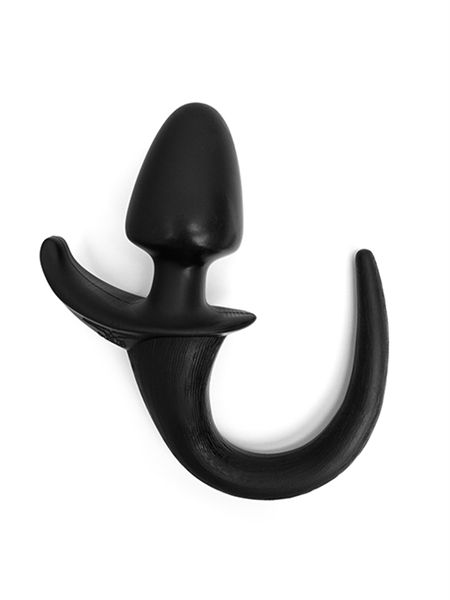 Beside the diameter the slope is important. It defines how quickly the diameter from the tip on increases.  Even though the anal sphincter can somewhat voluntarily be relaxed it still is a muscle humans cannot control completely. It needs to be seduced to open up and in order to establish a certain training level it needs to be carefully stretched like every other muscle. Thus generally speaking steeper slopes are better because they allow the sphincter to open up more gradually. Especially when being a novice staying away from toys with large dull tips is wise because it will just press against the sphincter.

At butt plugs there are two slopes to look at: The one leading the maximum diameter and the one tapering toward the base which determines how easily the toy will come out again. When training a sphincter a steep slope is preferable. Once inserted the plug can be used for slow fucking, enjoying the stretching sensation. For wearing a plug for an extended period of time a duller to non-existing slope is preferable because it makes involuntarily popping out more difficult. On the other hand when wearing a plug long-term, the “warm-up” of the sphincter after pushing it in slowly fades, so seducing the sphincter to open up again and release the plug becomes increasingly more difficult the longer the plug is worn.

Some toys are textured which add stimulation.  Groves, bumps and ridges are the most common textures in ascending order of intensity. Which form delivers the best sensation is very individual. But a good rule of thumb is: the higher the texture is shaped, the stronger the stimulation. Since texture increases the friction of a toy it makes the insertion more difficult so the maximum diameter should be smaller than the when choosing a smooth toy.  This of cause means that these toys are meant for play when the hole is already relaxed so it is not about the stretching (sensation) but about teasing the nerves in the sphincter.

From a Safer Sex point of view a toy should either be used only by one person or covered by a condom. If both are not an option cleaning the toys the right way is essential.

To clean anal toys after play fill the sink with water between 40°C and 50°C, add dish soap and let the toy soak for approx. 15 minutes. The dish soap should be without perfume or lotion because these additives are bad for rubber and some PVCs. To break down water-based lube two tea spoons of salt can be added. After the soaking the toys should be scrubbed with a soft brush and the soap water rinsed off. In order to sanitize the toys and deal with some unpleasant odors another 15 minutes soak with vinegar-based cleaners is recommended. After another rinse and drying a sanitizer should be used. The agents in the sanitizer can make glossy surfaces dull so should be spray on the base first where the blemished surface is inconspicuous. 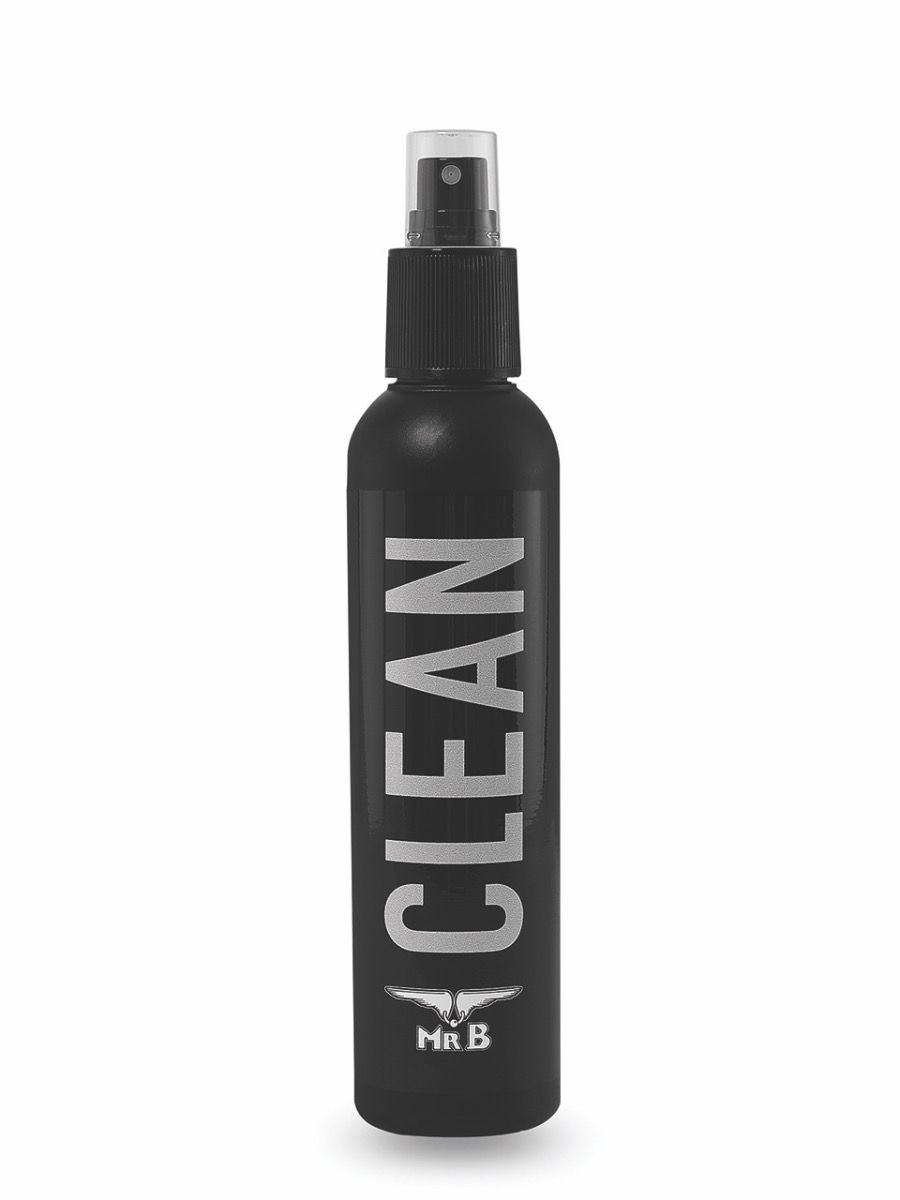 In order to have long lasting fun with anal toys there some simple storage rules in mind. Toys should always be cleaned after using them. The lube or body fluids otherwise can foster chemical reactions which might harm the toy. The storage place should be dry and at best well ventilated. The toys must never touch! The different plasticizers used by different manufacturers and materials can cause the toys to dissolve when touching or the air being filled with them. If the process started (an area getting sticky or gooey) it is too late. Sadly the process is irreversible. Especially soft toys should be stored upright (or in case of depth trainers loosely rolled up) otherwise they might get permanent creases. 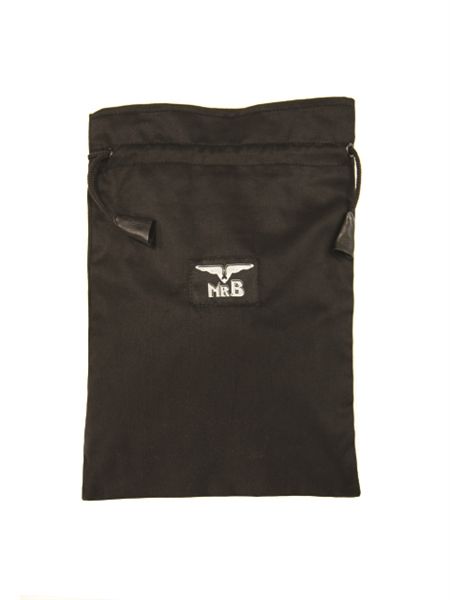