An ordained monk who masters slaves? A Buddhist who has fetishes? An IML Judge who is celibate? Not possible, right? Well, think again. Thay “Master” Z’s story about finding spirit, family and purpose in the most unorthodox of places, is most-likely unlike anything you have heard before and he shares it now, with Wings.

You have been a monk for over five years now. How did that come about and why?

“I retired from a rather high-level corporate job in 2012. Moments like that, demand you reflect on life and ask yourself what you want to do with the rest of your time on earth. I had already been practising Buddhism for around ten to twelve years, but at a certain point, I started looking into what it meant to fully commit and thought ‘what better way to live than trying to increase joy and happiness in other peoples’ lives, spreading compassion and kindness wherever I can’ There were ten steps I needed to take in preparation for ordination. I was doing almost all of them, except for one. I was ordained in a Vietnamese school of practice where they ask their monks to be celibate. You heard me — celibate! My immediate response was ‘All right, thank you, but no thank you.’ However, through meditating, I started to realise our sexual drive is much like any of our other passions. It is an attachment, and how attached to it you are, depends on the amount of energy you devote to it.”

Although you are ordained through Vietnamese traditions, you live in the United States where sexual temptation is much more at large, I suspect. How do you handle it?

“When I finally did decide to commit to celibacy, it was hard, I am not going to lie, but my love for this spiritual practice made it easier. Being a western monk I began to think what makes sense in the western world? In the Buddhist philosophy, sexual relations can exist only in monogamous relationships that are committed, complete and loving – which was not an accurate fit for me.”

“I was very involved in master/slavery for many years, and I still am. For me, the relationship of a master and his slave is so spiritual and so connected that I see nothing disjointed between how I live my life now and how I lived it when I was dressing in full leather and participating in BDSM activities. I was 52 when I stumbled back into the leather community. I had lost my second partner to ‘AIDS’, and again that was a pivotal point in my life where I asked myself ‘what am I doing and where am I going?’ I happened to find a piece of leather in the back of my closet that still fitted me perfectly and so I wound up at the leather bar. I felt a comfort there and began to experiment again with different sorts of relationships because I knew I didn’t want a partner in the traditional sense. After having had two and having lost both, I realised that it didn’t allow me to be the truest sense of who I am. I am polyamorous. I didn’t know I had SM tendencies but I knew I had this power dynamic thing going on, and I knew on what side of the slash I wanted to be. I tried ‘daddy’, and I tried ‘sir’ but neither resonated with me. Then I met a master and his slave that were very committed to one another, and I knew right away that it was the type of relationship I wanted. My fantasy was to have five or six younger men kneeling around, feeding me grapes! Although the sexual part of having slaves was very tempting at first, I chose not to have sex or play with my slaves to avoid any confusion about what these unique relationships were all about. I was taking responsibility for their development and their futures, and in return, they were committing to obedience in what I was asking them to do.”

Now with years of experience as polyamorous Master under your belt, what kind of relationships do you have?

“I have a family — five people who have committed their time and lives to me. I have two people who are spiritually collared to me and I have four Buddhist students. There is something very empowering about their ability to tell me that there are parts of their life, whether emotionally or socially, that they would like help with, or in which they would like a controlling factor. They get immense peace and joy out of that and become more dominant and dynamic in their personal work and family lives. In my experience, the best masters act along the lines of ‘I am here to serve you’. Don’t get me wrong though; I get lots of excellent service from my slaves. They love being on their knees, giving me coffee, opening my doors and all of that outward expression of their ability to serve. That is only part of what I look for. First and foremost, I seek their best interest.” 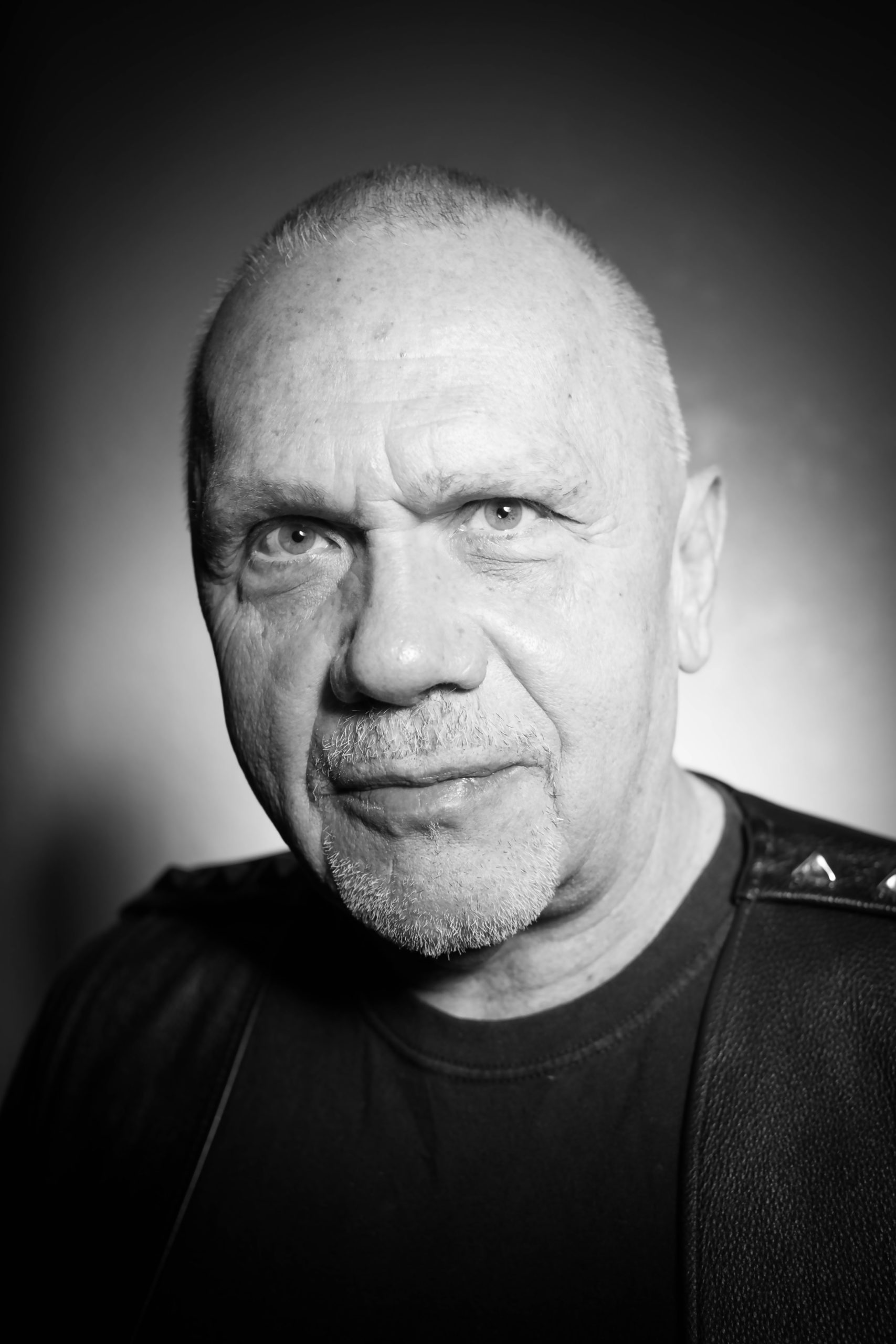 Let’s talk about ‘Butchmanns’. Explain to our readers what it is and how it works.

“We have been running the ‘Butchmanns Experience’ weekend since the 90’s. We use the concept of flogging, temporary piercing and mummification to generate a different experience than what you might get from a dungeon. It deepens peoples relationships with themselves and possibly whoever they are involved with as well. ‘The Butchmanns Incorporated’ is considered, in and of itself, a very pro-spiritual organisation. Our vision statement is about attempting to reduce suffering for people who are discriminated against, simply because of who they are or who they love. We believe that fetishes are blessings in our life. Through practising those fetishes in a safe environment and experiencing the endorphin rush, we open up a portion of our life that sometimes we deny, gaining self-actualisation in the process.

“We believe that fetishes are blessings in our life. Through practising those fetishes we open up a portion of our life that sometimes we deny”

‘Butchmanns’ isn’t your only involvement in the fetish/leather scene. Recently you were asked to be a judge for the International Mister Leather competition. How did that come about?

“Judging was always on my ‘leatherman bucket list’, but I had written it off since being ordained! That is until I got the call. I felt the need to clarify I was a monk and tell them I didn’t think I would fit in any longer. They reassured me they were well aware of my situation. They believed that my divergence from the ‘leathermen’ norm and the message I bring about spirituality in my practice was significant for people to see. I took some time to meditate and kept going back and forth in my mind about it. In the end, I decided to accept their offer, and it was an extraordinary experience. What I was most impressed about was the whole organisation of IML. How wonderfully driven they are to take care of each other. It was so beautiful to observe, and I was so happy to be able to participate.”

Crossing that off your bucket list and getting that kind of acceptance must have felt great.

“I was so grateful and humbled to be fully embraced as both a Buddhist monk and ally of their community. I am sure there are a lot of people who would question if participating was the right decision, but I’m not ashamed of who I am on either side of my life. I am called Thay Z. Thay (pronounced like “tie”) is a Vietnamese word that means teacher, monk or Master. In the leather scene, I was known as Master Z. Throughout this whole journey, I have learned that the two sides are not mutually exclusive. They co-exist. Thay “Master” Z.

Making a connection with Master Giacon