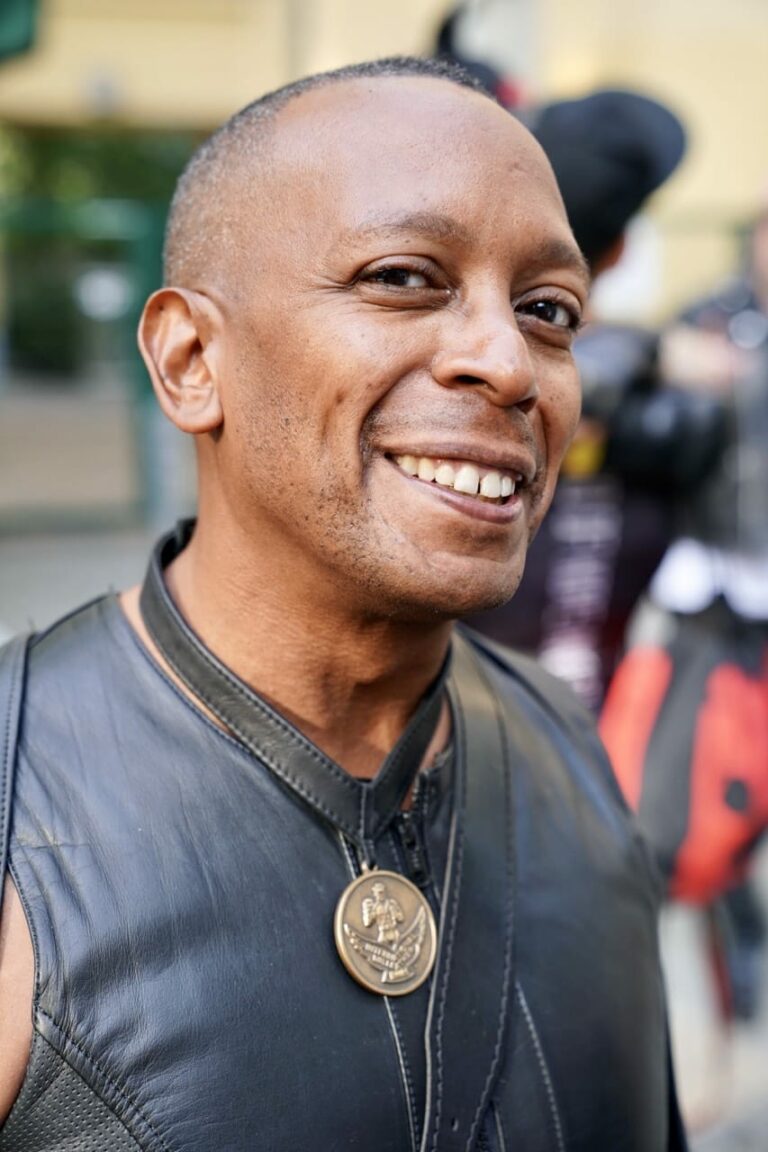 No one is only one thing, and yet Tyrone is one of few who consistently exemplifies that so candidly and with a sense of humour. Several months after they shared the Mister B stage at Folsom for a panel on Kink & Social Media (watch here), Clark catches up with Tyrone (He/Him), who shares his introspective yet outspoken views on self-love, fetish and society.

What would surprise your younger self about who you are today?

“I used to be very shy when I was younger, and I suffered from it too. I was holding myself back. Whilst I’d like to think it changed with age and that I’m a lot wiser now, it was also a conscious decision I made when I joined the fetish scene and became a leatherman.  A deliberate development, if you will. When you wear fetish gear, you’re forced to come out of your shell.  You have to be brave to walk down the street in full gear. You need to get comfortable with having eyes on you and conversations with curious strangers. It’s also the outward expression of what you’re into that makes you approachable to someone with that thing in common. Or maybe it’s the cruising and sexual element of the fetish scene. All of those things helped me combat shyness.” 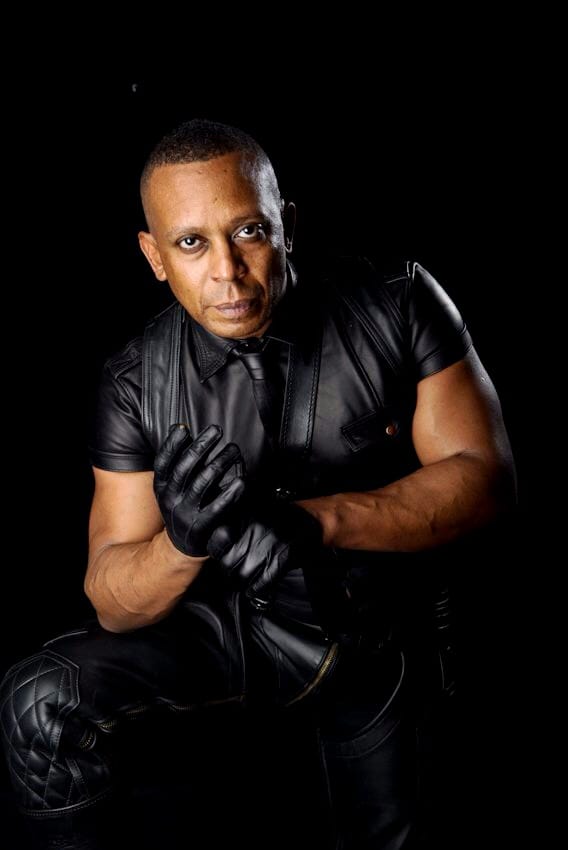 What lesson has been the hardest to unlearn in your life?

Self-love, or lack thereof. And I’m not talking about the confidence to know I looked good, because I had been working out for years and I guess on some level I must have known other people found me attractive. But accepting you look good does not mean you’ve learned to love yourself. I needed to realise I had nothing to lose and the confidence to not care what other people thought. I used to be the only one on a night out, keeping my clothes on in the club. And now you would be hard-pressed to keep me from stripping off after 30 seconds. But it took me so many years to get to that point, and I wish I’d unlearned those insecurities a little sooner.”

Do you think people use fetish and gear in order to compensate for something they’re missing?

“Interesting question! It’s gone through my mind many times. I do believe some people in the community become different people in gear. Fetish affords them something they don’t usually have and in that sense, could be seen as compensation for something else. They get to see themselves as tough and masculine men, for example, when perhaps they usually can’t.  But you cannot generalise that too far. Nor can you limit it to the fetish scene because it’s certainly true for any group of people in any given society where there’s some kind of outfit involved. Or even in extreme sports. You can apply that question to a great many things and have the same answer.”

How about for yourself; do you think fetish affords you something you don’t usually have?

“Well, for me it’s actually the opposite. I’m a very lively person. I like to be silly and mess around and have a laugh. I can also be a little effeminate at times. These are all facets of my personality. I know that what I do and say is 99% of the time coming from a good place and with good intentions. I honestly enjoy being who I am. But when I wear leather, I often have the feeling that I can’t necessarily be that person. I think of holding myself back because my normal personality doesn’t subscribe to the stereotypical leatherman ‘ideals’. The funny thing is when I actually watch myself on film, I realise that I’m doing and acting the same in leather as I am out of it. I love to see that.”

What has been the most positive change you’ve witnessed in the queer community since coming out?

“Just thinking about the answer is getting me a little emotional and I’m trying not to well up. Just bare with me. You see, I was 18 in the mid-’80s; at the height of the AIDS pandemic in Berlin. So the scene I came out into was one where meeting people came with a fear of never seeing them again. Guys, your age would just drop dead. Some would be gone without having the chance to say goodbye. Others would die slowly and would have to watch as the virus took over their body. Both were equally fucked up and heartbreaking. It was a decade of hysteria and wheelchairs and hospital beds. And it wasn’t until I was close to 30, that medication came out that let us live. It is, without a doubt, the biggest positive change; that regardless of their age or sexual orientation, queer people can have sex without the dread that it might be the last thing they do.”

And what’s one change you’re still waiting to see happen?

“The scene is only a reflection of society. And I think that at the core of everything is this society in which we live our lives. I’m still waiting for us to develop our society so that other races, other skin colors, other religions, other sexuality and other forms of gender identity are not something which are objects of hate and scorn. (Just a little disclaimer; that list is not exclusive!) And there are times I think we’re getting there, but if every win for equality is accompanied by two losses, then we aren’t moving in the right direction, are we? We need to reach a common ground where we treat each other with respect for who we are inside and not what we believe to see when we look at somebody. I just want us to get along. Can’t we all just get along? 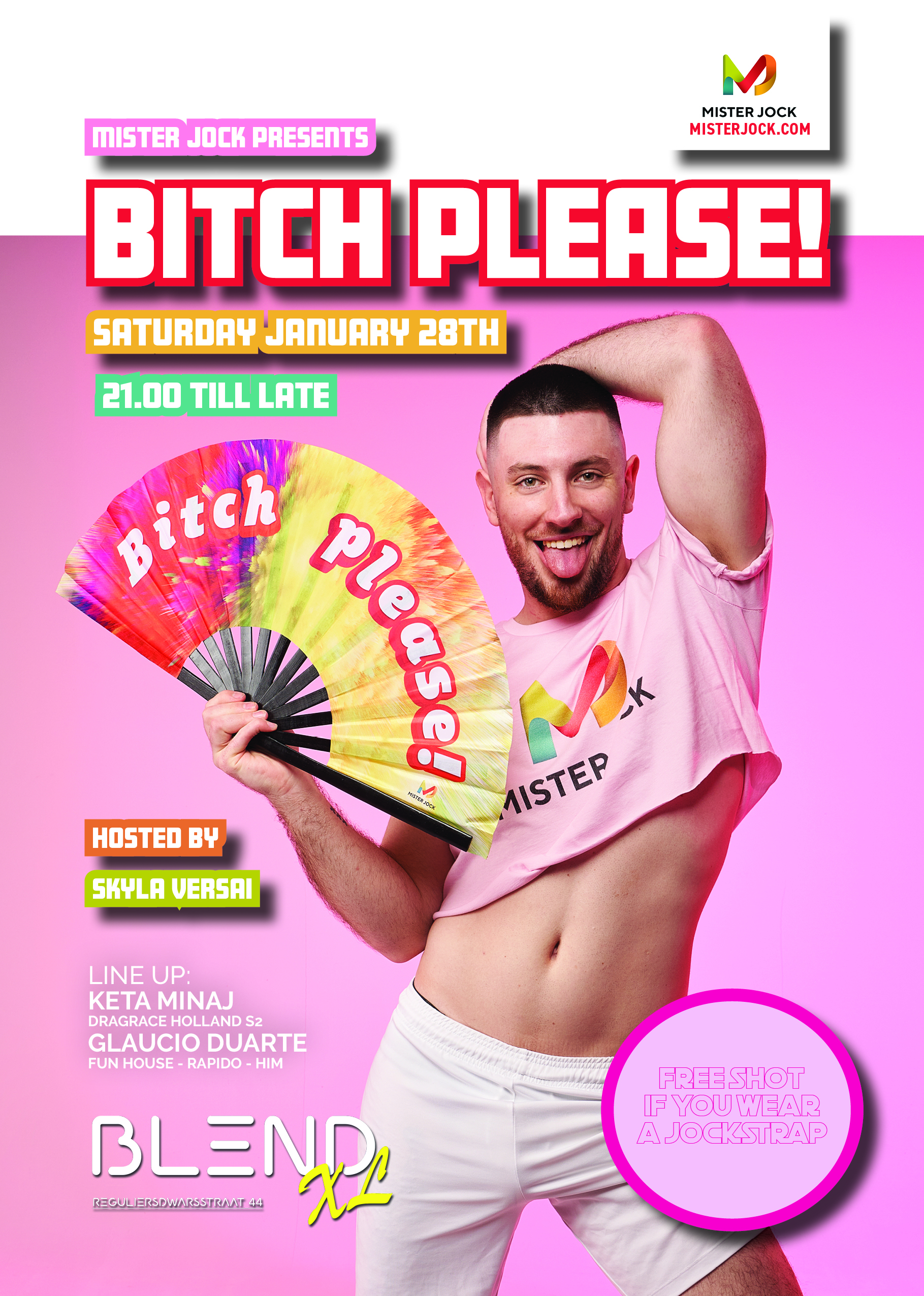 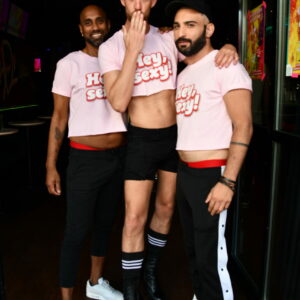 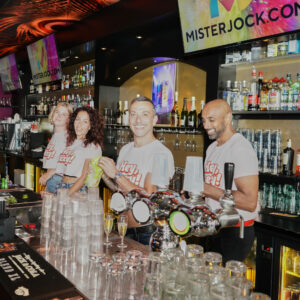 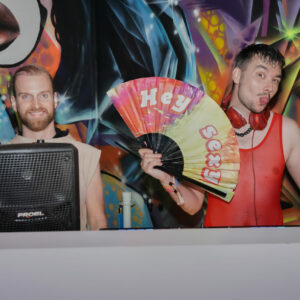 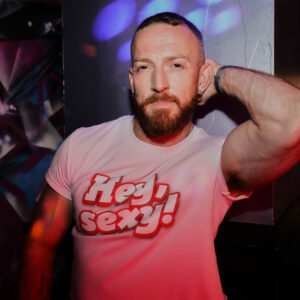 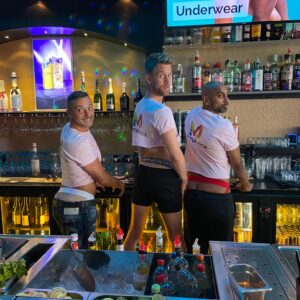