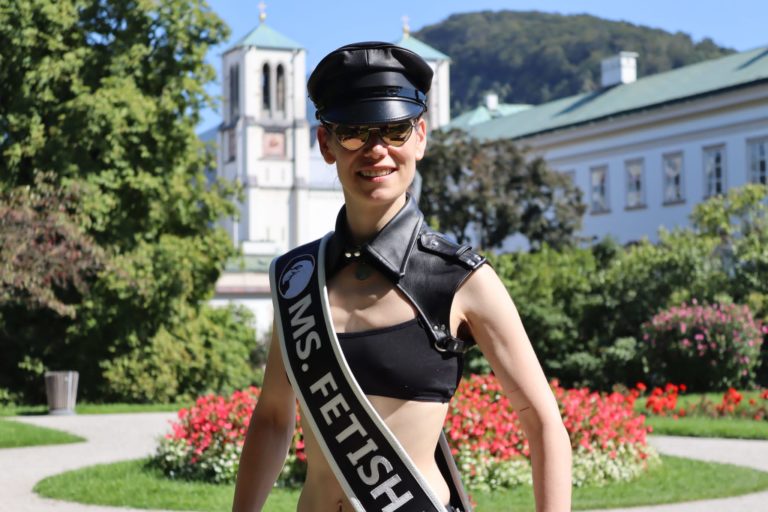 At Folsom 2021, Mister B brought together four panellists from across Europe to discuss the increasingly relevant topic of ‘kink at pride’. Over the course of several weeks, Wings is catching up with our four guests to discuss WHO they are, WHY they decided to speak out on the topic and WHAT they want for the future of our community. Up next… Ms Leather Netherlands and Ms Fetish Eagle Amsterdam 2021, Karin Bleie.

I grew up in the ‘heterosexual’ world where fetish equates to black latex and leather. Back then, I didn’t go for either of those more well-known fetishes, which I thought meant I was boring and didn’t have any fetishes. However, there were so many things that I would fetishize – from school uniforms and age-play to different types of plastics! I just didn’t realise until later in life that those things were also called fetishes and that I was, in fact, a kinky little bitch. In my late teens and early twenties, I started being a client myself with sex workers. I was single, and this was before dating apps, so I would go to the Red-Light District and head straight to the Bloedstraat where the trans women worked. I didn’t want the hassle of guys asking for my phone number and all that faff, so that is where I’d go to get some cock! 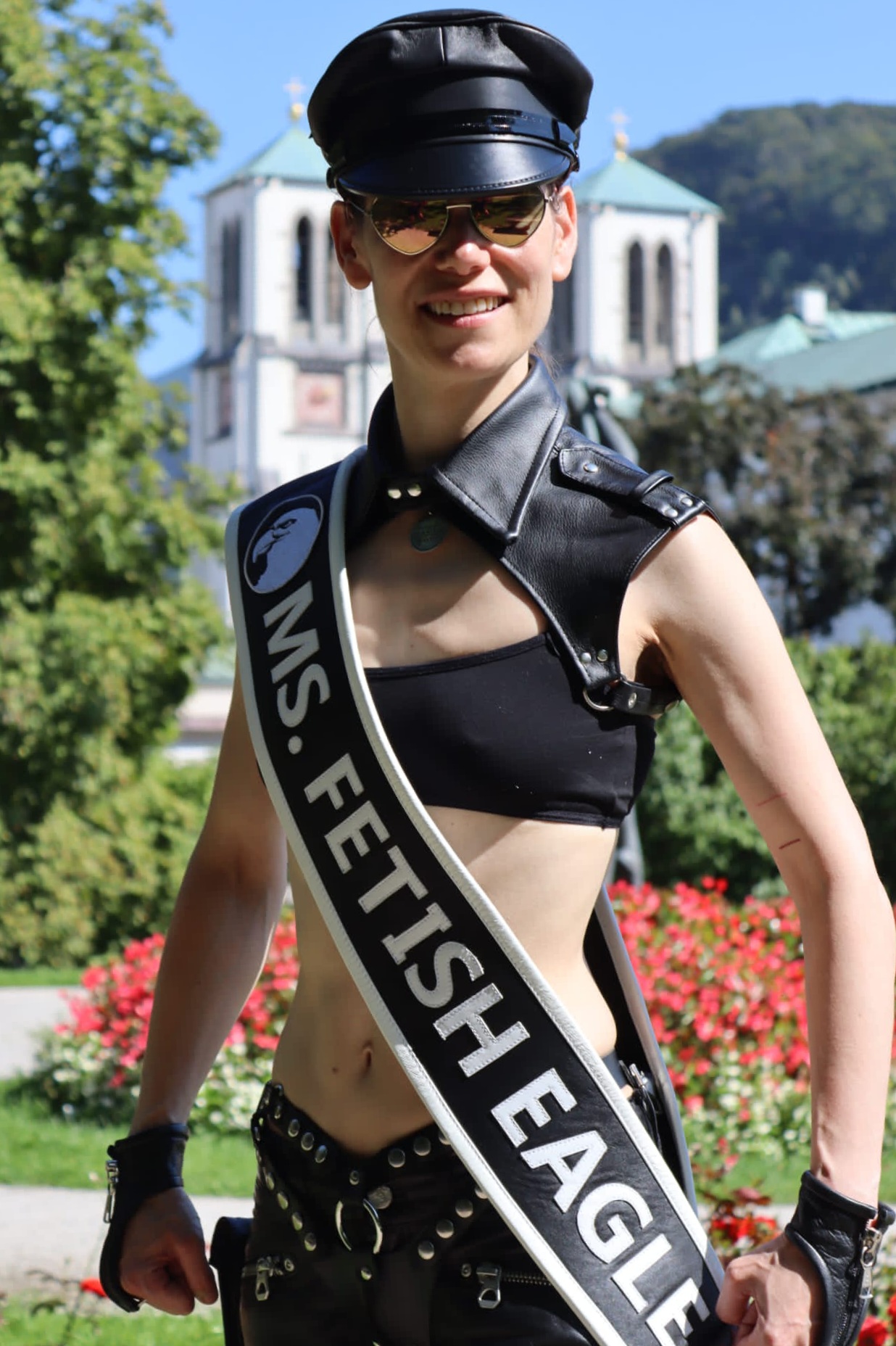 I know there is such a tendency to fall back on events of Stonewall, but it is crucial that we not forget who it was fighting. It wasn’t only the straight-passing gay men. It was the most marginalised people from our community. The transgender people, the people of colour, transvestites and fetish folk. And what happened with Stonewall Inn and the rise before also is that people had had enough. They started to fight back and march the streets instead of hiding in their safe space, with the most marginalised people from our rainbow community leading the way. We now celebrate and honour these marches with Pride. In Germany, they call this celebration ‘Christopher Street Day’ after the street of Stonewall In.

So, for Bremen in Germany, who even more literally celebrate and honour what happened that day, to say that we don’t want to see kink at our Pride, made me furious! By saying that, they were shitting on my forefathers and foremothers, the Ms’ and Mr’s of fetish back before we had titles. Those were the fighters. Those were the kink pioneers, the fetish pioneers, and the gender pioneers. We marched together back then, and we should be marching together still. As a result of Stonewall, people have fewer problems with others being gay if they don’t look ‘fetish’ or if they don’t look like they’re playing with gender. But because the straight-passing gay people have the privilege of no longer living in terror does not mean we are done fighting. It does not mean that we stop honouring the people who fought for us! 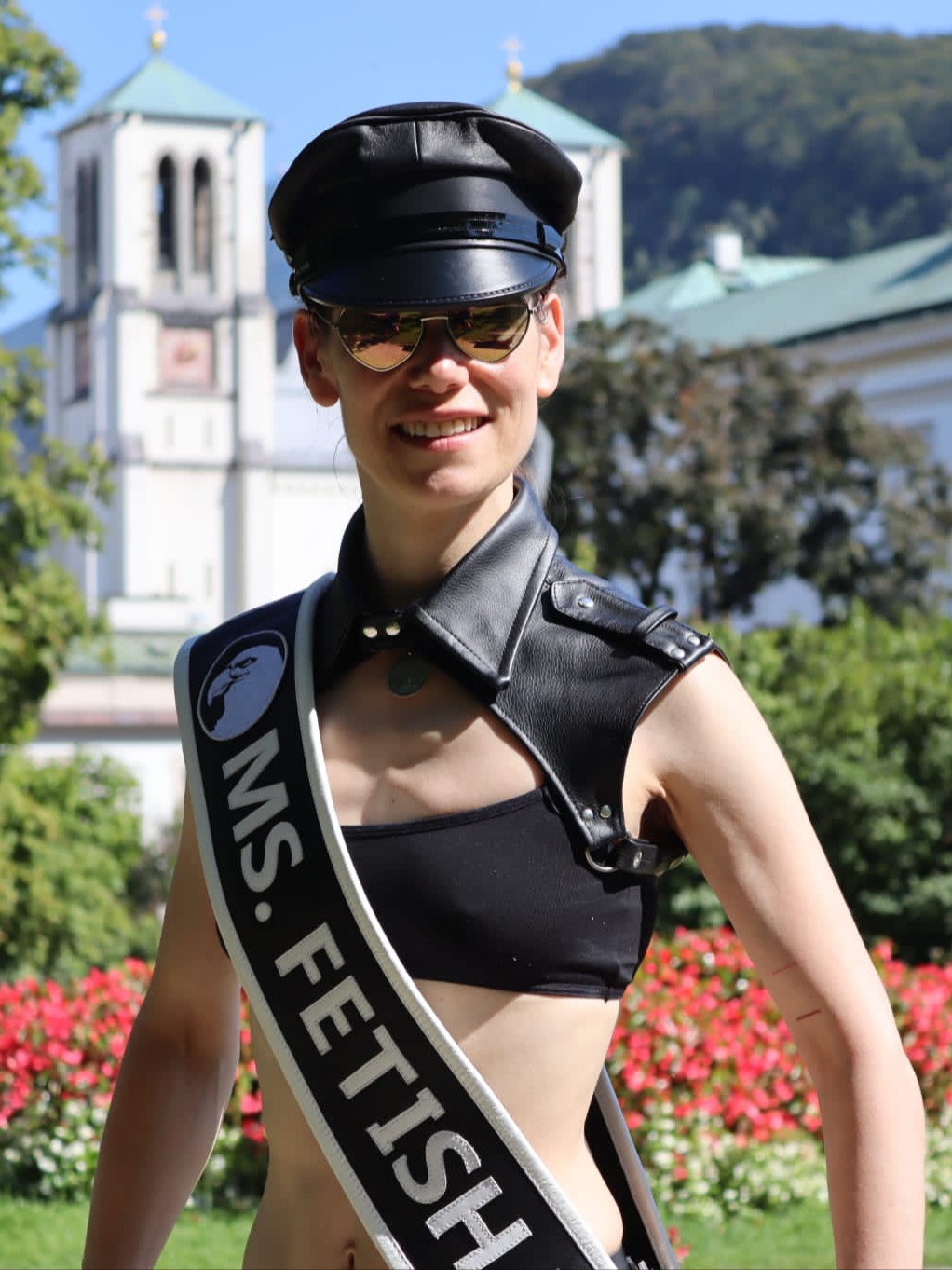 I am passionate about getting more collaboration in our community between straight and gay people, between different genders (not just two genders, all genders!). And I want to see more collaborations between fetishes, which is why I’m working on fetish socials in Amsterdam. The first one will be during Leather & Fetish Pride as a closing party. I also want to see more collaboration between our community and the people living outside the world of fetish. One of the things that I love to do, and the title helps me a lot with this, is interviews with students, national TV, and radio stations. They aren’t the people from our community, but they are listening, and they could be allies.

Perhaps a tall order, but I would love it if we could destigmatise the word ‘fetish’. In the same way, you can’t really describe a feeling or a colour; it’s tricky to describe ‘fetish’ as I experienced in my early years of self-discovery. But we can make an effort not to fall back on the sexual deviant’s fetish definition, as it was famously listed in the DSM. As a catalogue of mental illnesses, it left out all the beautiful parts of fetish. And so, I want to create, together with our community, a new definition of fetish that people hear the word; they don’t think of a shameful, dirty sex act. Instead, they think of a beautiful and wonderfully intricate feeling that you should be proud of. 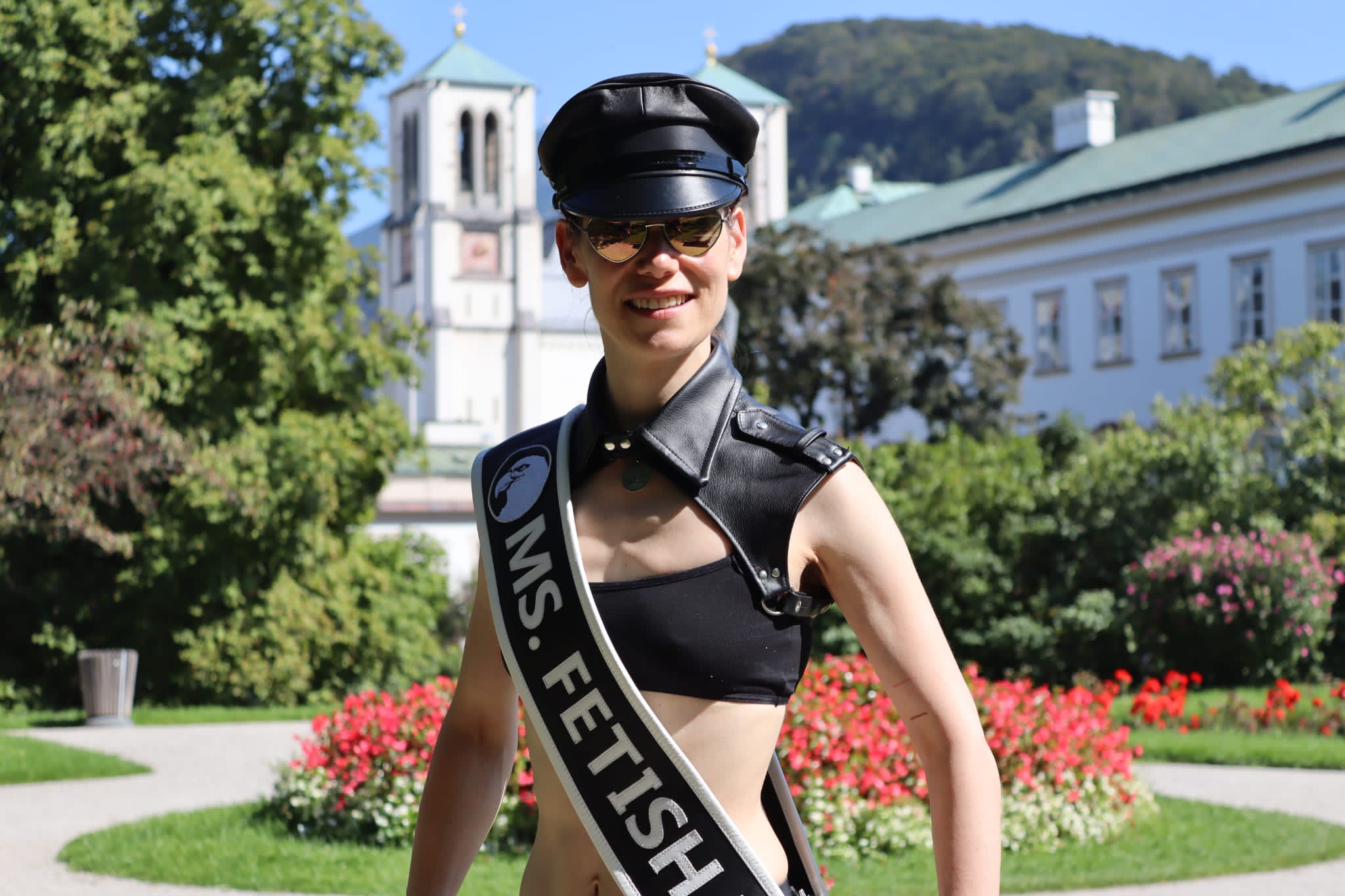 If after reading this, you’re in as much awe of Karin as we are, follow the ‘little kinky bitch’ on Facebook @QT.amsterdam and keep up with her as she tackles injustice boobs-first!