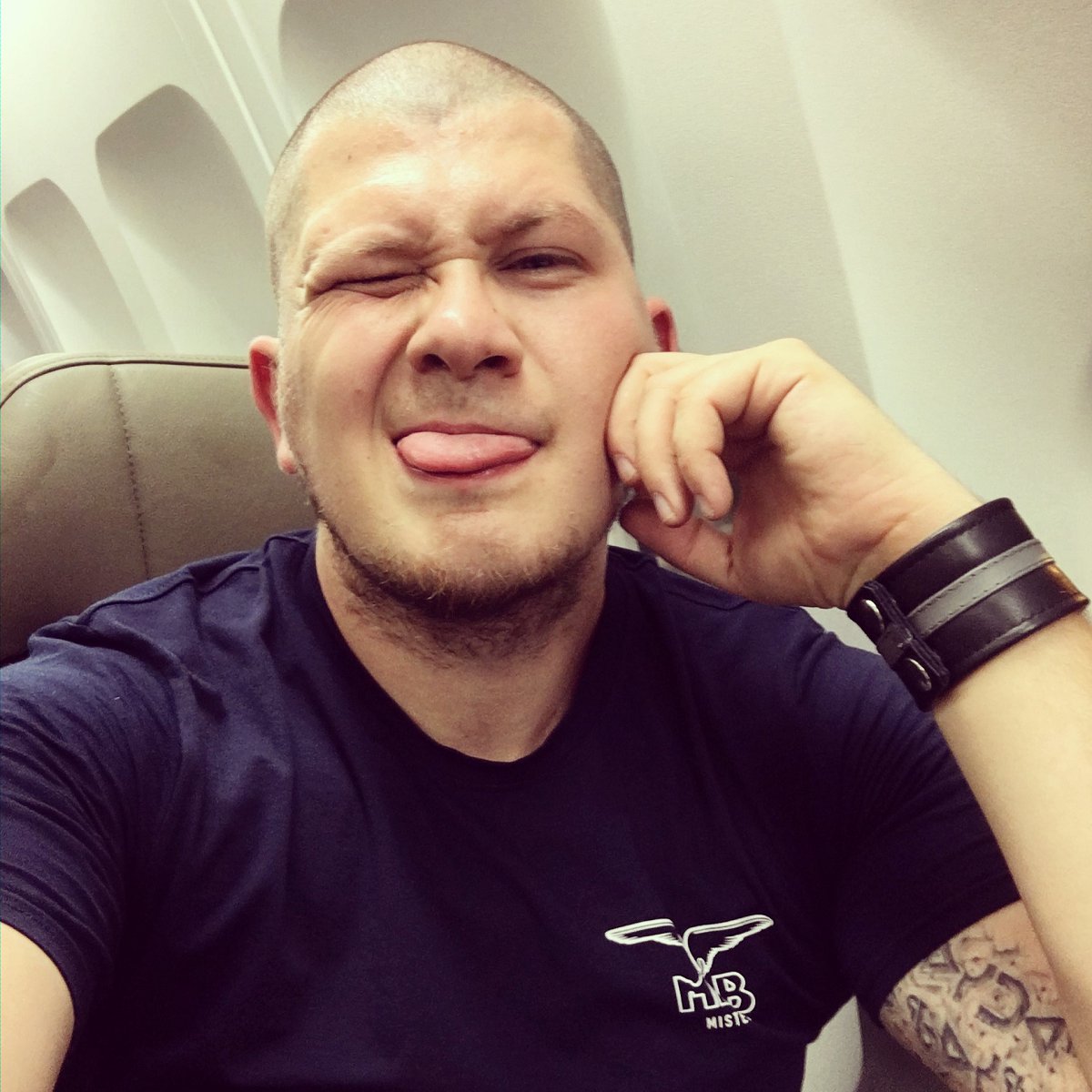 the Big Q - Kink is a mindset
Issue 06The Big Q

Muhi (34) leads an interesting and busy life. He gets on 200 flights a year for his work as an international contract consultant, he has travelled to 80 countries so far and he speaks – and no, this is not a typo – over 50 languages. Next to that he is a huge fan of the Eurovision Song Contest, a reader of Wings magazine – he keeps a copy on his toilet and – most importantly for us – he is heavily into kink. Muhi just arrived home to Vienna from a trip to Rio de Janeiro, Innsbruck and Venice and he is relaxing on the sofa in his living room, while his husband is somewhere in the background working behind a computer. The Big Bad Bosnian Bear – as Muhi calls himself on Instagram – is wearing a black t-shirt with the word Oink on it and a grey and black leather bracelet around his left wrist. You might say he is dressed for the occasion.

You are away from home a lot because of your work. Does that put a strain on your relationship?
“Well the ugly thing about travelling so much is that we sleep separate from one another for long periods of time. The pretty thing is when you are actually back together again, it makes you appreciate more what you have. We are in a jealousy-free open relationship. When I meet someone on a trip my husband doesn’t get jealous, and the same goes for me when he hooks up with a guy. We want each other to be happy and enjoy life and we definitely don’t love one another less just because we have fun with other men. Many gay couples don’t really know how to deal with an open relationship. I think when you are kinky – especially when you are in a dom-sub-relationship – you are much more likely to understand the different dynamics of sharing emotions with other people.”

What is your (mutual) kink interest?
“We like a lot – except things involving blood or scat. One of my first interests was bondage and it’s still the number one kink on my list. I have been into that since I was 13. Rubber came along and then leather. It’s usually that process. When you are a cheap ass student you can afford two pieces of rubber and think ‘wow, I’ve got gear’. And then when you are older and more successful you can finally get your hands on that leather suit with a 2000-euro price tag. I have also always enjoyed various forms of power exchange. I’m also very much into fisting, electro and CBT, or just messing around in leather or rubber. My interests tick a lot of boxes basically. Kink for me is more of a mindset than an activity. If you meet a guy and you notice he’s spending a lot of time looking at your feet or you discover he likes being on his knees a lot, that automatically leads to a boner for me.”

Do you consider yourself to be more submissive or dominant?
“I was exclusively sub for a long time – and I’m still a switch who especially loves to be tied up, but at the moment I’m mostly dominant. When I was 24 I met an older guy. He was slightly bigger, slightly better build and when we got home I expected him to tie me up to the bed and have his way with me. The opposite happened. He went down on his knees and started sniffing my sneakers and I thought to myself ‘ok, that’s a good boy’. It was one of the first moments where I realised I actually like being dominant.

Kink is very much about having a connection. When I’m playing with someone I want him to know that I respect him and his limits, and I want it to be a pleasurable thing for the both of us. Even if the other says I’m allowed to do everything, I want to be sure it is pleasing for him as well.” 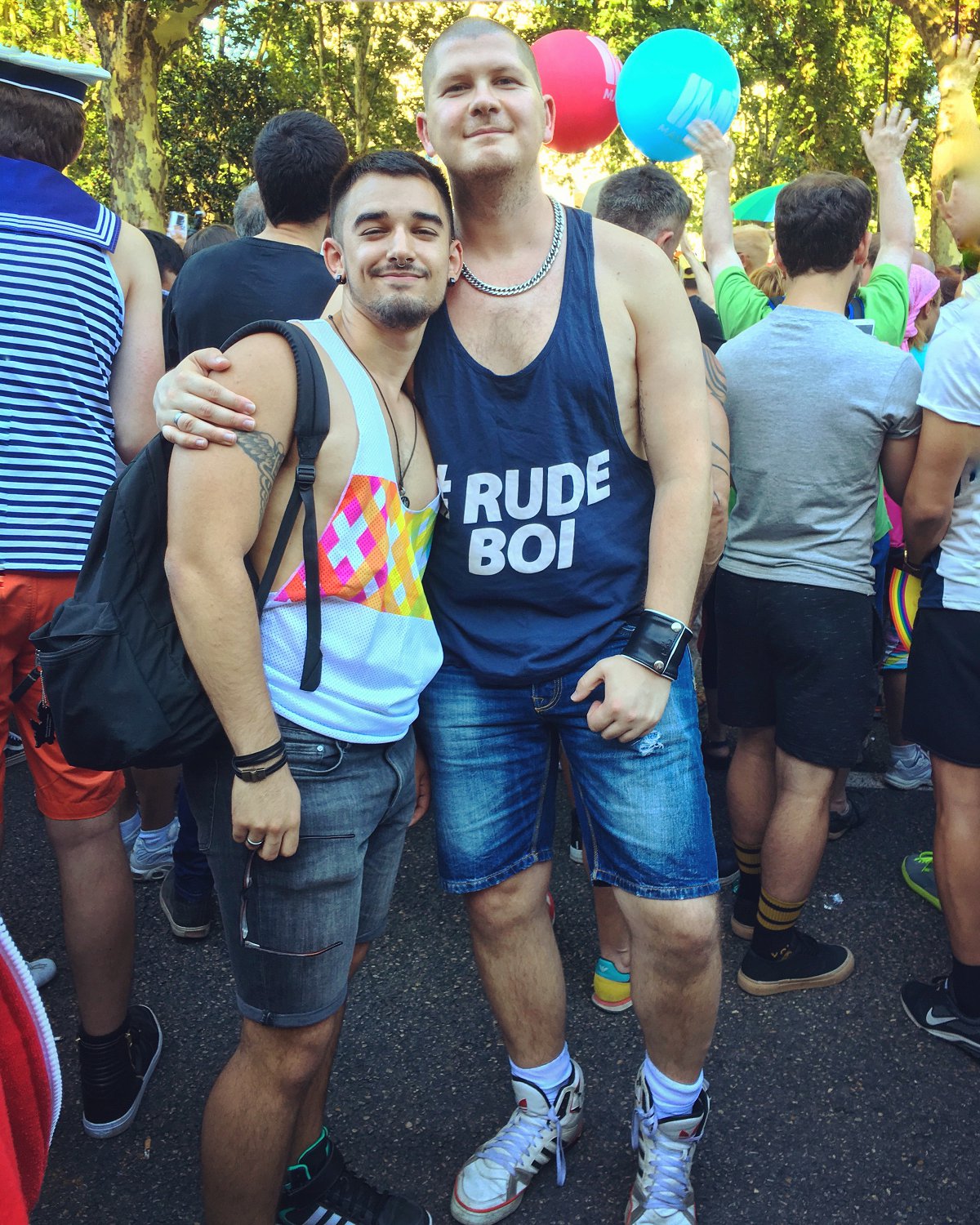 What is your favourite fetish party?
“I don’t really want to do any advertising – these parties make enough money as it is – but I like to go to places where fetish is welcome, but not obligated, like La Demence in Brussels. I’ve seen guys there wearing a harness and licking someone’s boots, but I have also met a twink there once who was wearing perfect Sunday clothing – like he was going to church. During the evening he slowly started losing them, layer for layer, until he was in his underwear. We ended up helping him search for his clothes at 5 am. It also shows that gear is optional when it comes to kink. It can enrich you, it can identify you as being part of the community, but it’s not a necessity. This reminds me of an interesting situation last year. We went to the Sleazy Madrid party. My husband and I were sitting on a couch in the basement messing around and opposite of us there was a guy getting fisted. Next to us was a man on an armchair ferociously writing work emails. He would look up every once in a while to inspect the fisting going on and then get back to his work. For me that was the most iconic moment ever. Even a kinky gay daddy needs to do his emails.”

“Yes! I once met a guy who was submissive and he was very much into puppy play. I played with him for some time and then out of the blue three years later he messaged me while he was on a holiday: ‘Oh my God, SIR, you will never believe this…’ He told me he had been watching a family playing with their dog and they were yelling all sorts of things and my sub understood every single word of it even though it was in Finnish – a language he doesn’t speak. They were the exact commands that I had taught him during our puppy play sessions!” 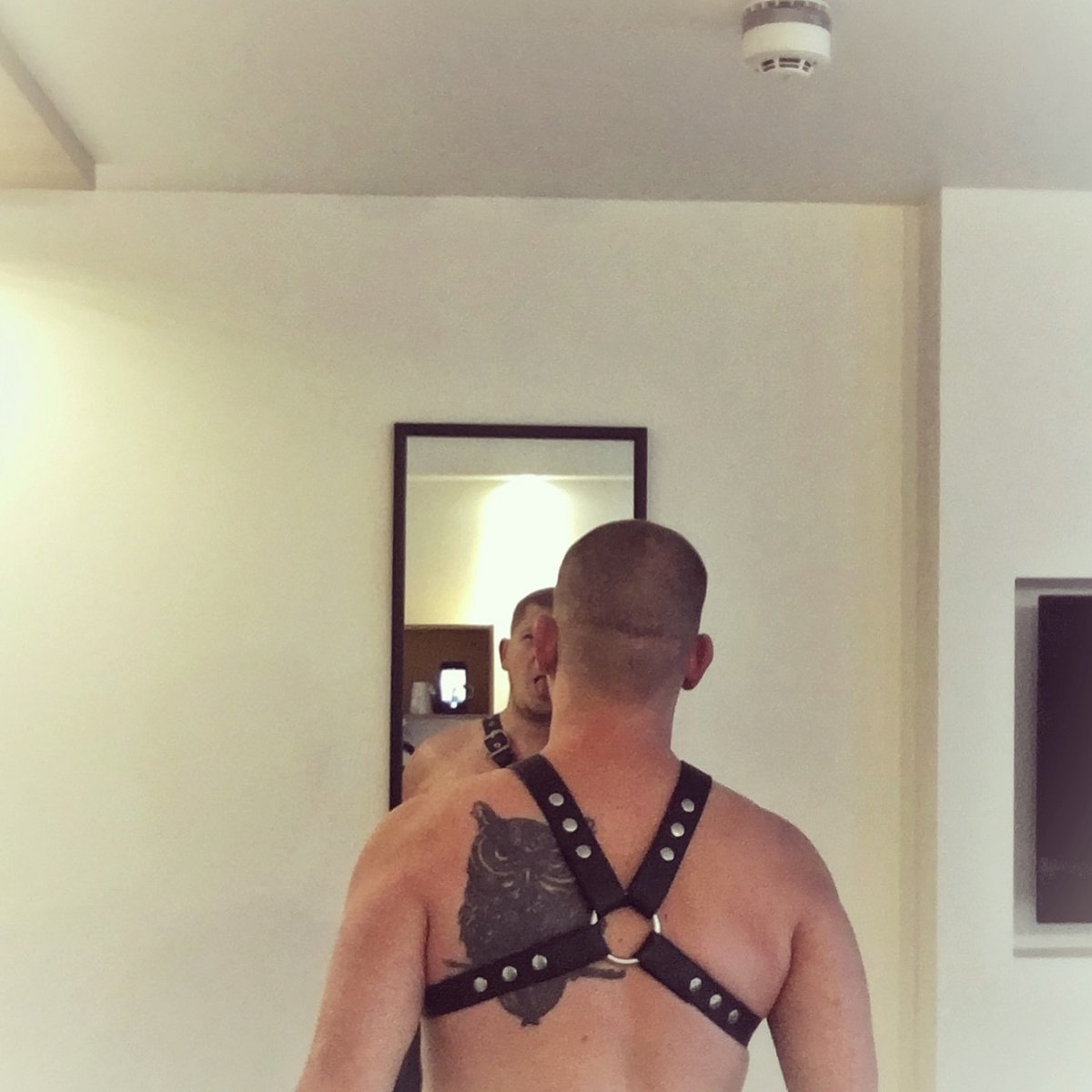 FOLLOW MUHI ON INSTAGRAM @BIGBADBOSNIANBEAR AND ENJOY HIS PICS THAT ARE MOSTLY A MIX OF MUHI IN HIS UNDERWEAR, IN HIS GEAR OR TRAVEL SHOTS FROM DIFFERENT CITIES AROUND THE WORLD.