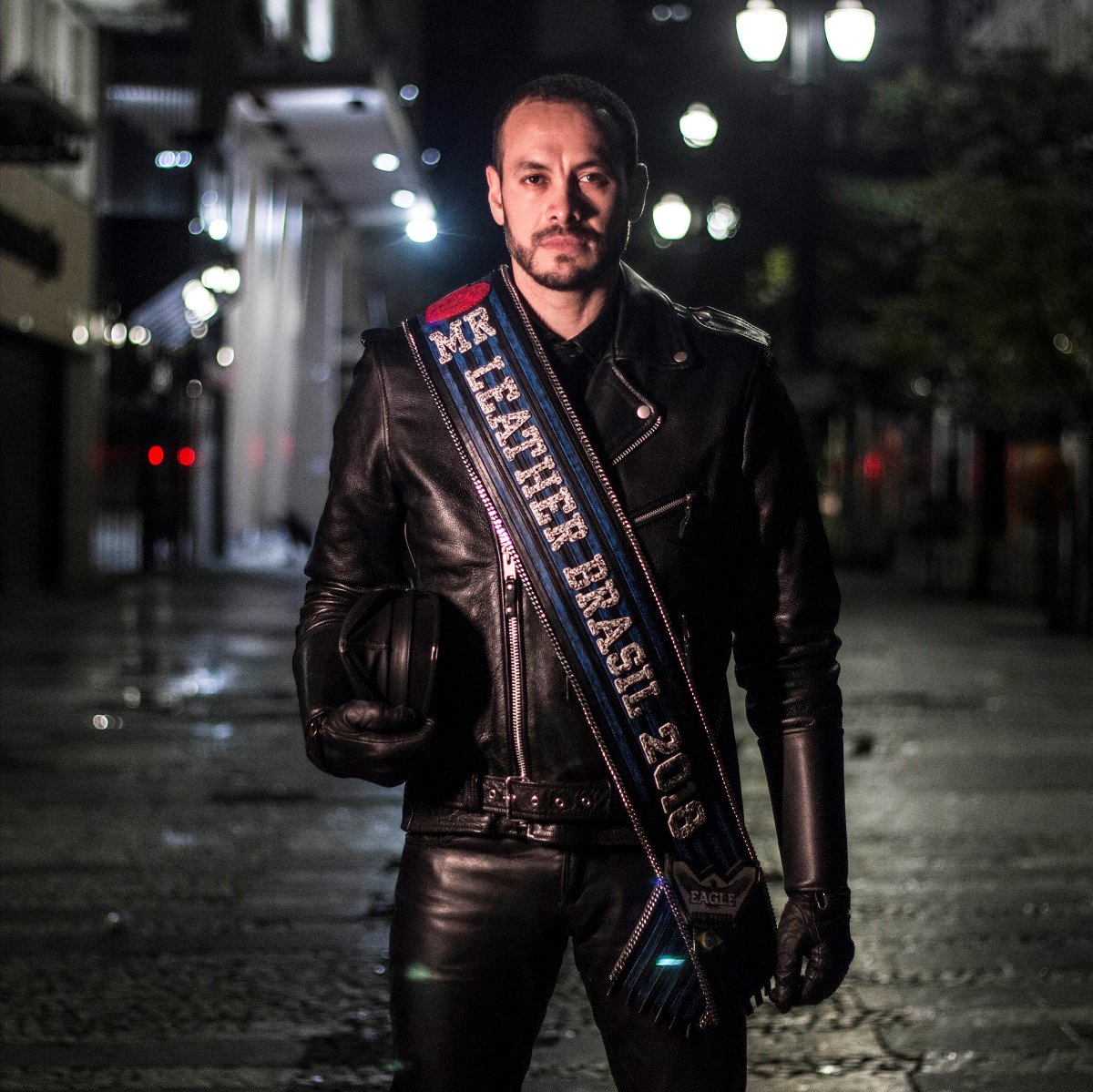 Want to see Kinky Boots? Skip Broadway and come on over to Sao Paulo! The new Mister Leather Brazil is an extremely enthusiastic 38-year-old doctor working in forensic medicine who just happens to love boots. They’re what sparked his interest in all things leather as a boy, which eventually led to him snatching the title in April of 2018 as a sir. Wings had the pleasure to talk to Raphael Gonçalves aka Dom PC about his title and why it was so important for him to win.

So Raphael, everything started with boots?

“Yes, yes, yes. I grew up in the countryside of Sao Paulo – the biggest city in Brazil – in a town with 50.000 inhabitants and I was raised wearing boots. That was quite common in the area where I lived and I had a massive fetish for them. Before I moved to Sao Paulo I had all these ideas in my head that I didn’t understand – about wearing leather, about domination and submission – and I thought I was the only one who had thoughts like this. I would look at pop singers and actors on television wearing leather pants and jackets and it excited me. When I moved to Sao Paulo I was able to bring it out and live the life I wanted to live. I bought my first pair of leather pants and I would wear them all day and night except when I had to go to work. And then I discovered that there was actually a huge culture around leather. I started reading about it and got in contact with the leather community. That’s how I discovered myself. I completely felt what they described to me. Boots were my first fetish when I was growing up. Today I own 46 pairs. I’m wearing boots right now!” (he says this with a twinkle in his eye and a grin from ear to ear)

What’s the origin of your nickname ‘Dom PC’?

Why did you want to become Mister Leather Brazil?

“My main motivation is the leather community in Brazil. I would like to make it bigger. We have a lot of social and political problems in Brazil. There are a lot of homophobic crimes that take place in my country. Being a leather man and people recognizing me as a leather man is something really important to me. It gives me strength. It’s empowering. Being elected as Mister Leather 2018 is a great honour. I want Brazilian leather men to feel that empowerment as well and I would like them to experience that feeling of brotherhood that American and European leather communities have.” 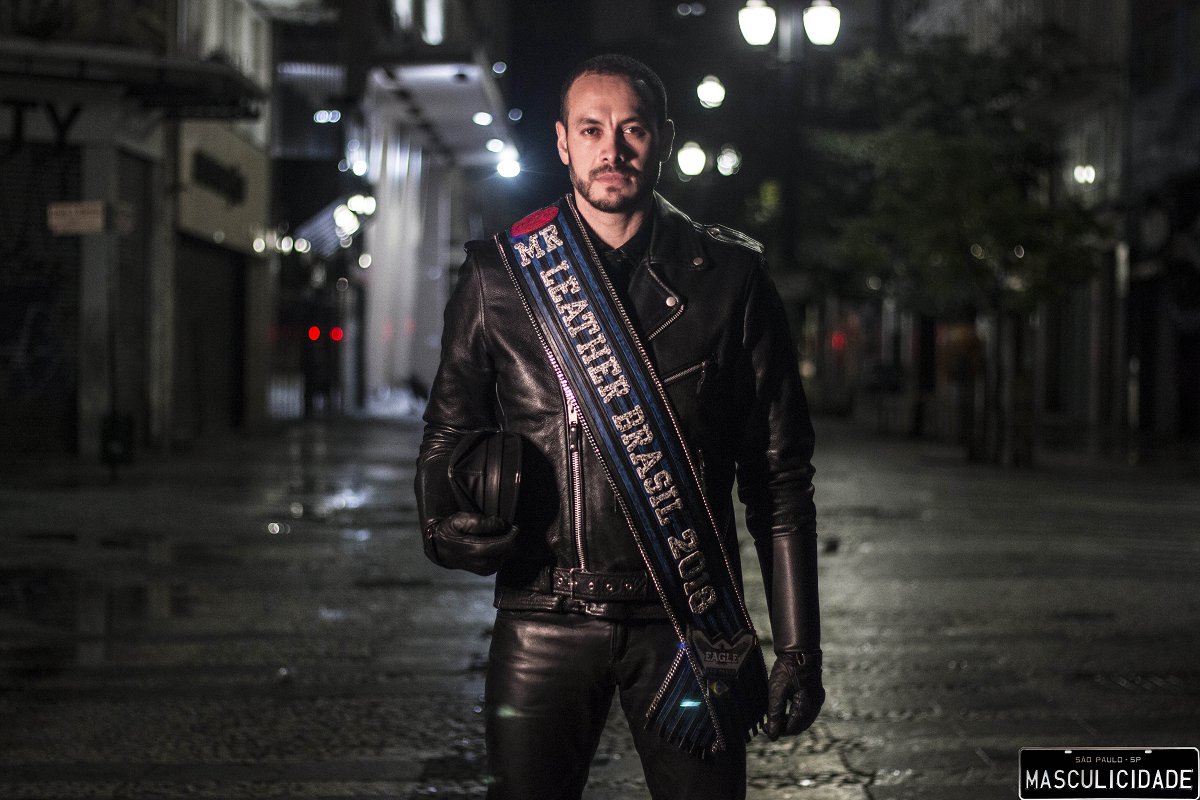 How are you going to achieve this?

“I want to start by setting up the first Brazilian Leather Club. I’m writing a statute now. I’ve asked friends from abroad how their clubs work and I’m trying to learn from their experience. I’m also travelling to other Brazilian cities and states to meet up with local leather guys. Next to that I’m motivating people to wear their leathers on the street and show their lifestyle to the rest of Brazil. For me this is the first step.”

What’s the leather scene in Brazil and in your hometown Sao Paulo like?

“The leather scene in Brazil is small, but it’s growing day by day. In Sao Paulo we have multiple events. There’s Lust Project, which is one of the oldest parties in town, we have a monthly leather diner, which my predecessor came up with, and there’s a party at The Eagle called Sir Society. We also have Leather on the Street and that’s as straightforward as it sounds. We stand in front of a gay bar called Soda Pop dressed in full leather. We do this to show our community to the outside world. We talk to people who are interested and we tell them they are more than welcome to join us. We get a lot of positive response. People tell us they like our outfits, they say we look sexy and they want to know what we represent. Recently an elderly couple wanted to take a picture with us, so all of us got around them and posed. They loved it!”

You also took part in the International Mister Leather (IML) competition in Chicago in May. How was that for you?

“It was one of the best experiences of my life. I got the opportunity to meet many leather guys from all over the world. The result for me was incredible. It’s the second year we take part in the contest and I was placed 7th. I was so honoured and happy with that result.” 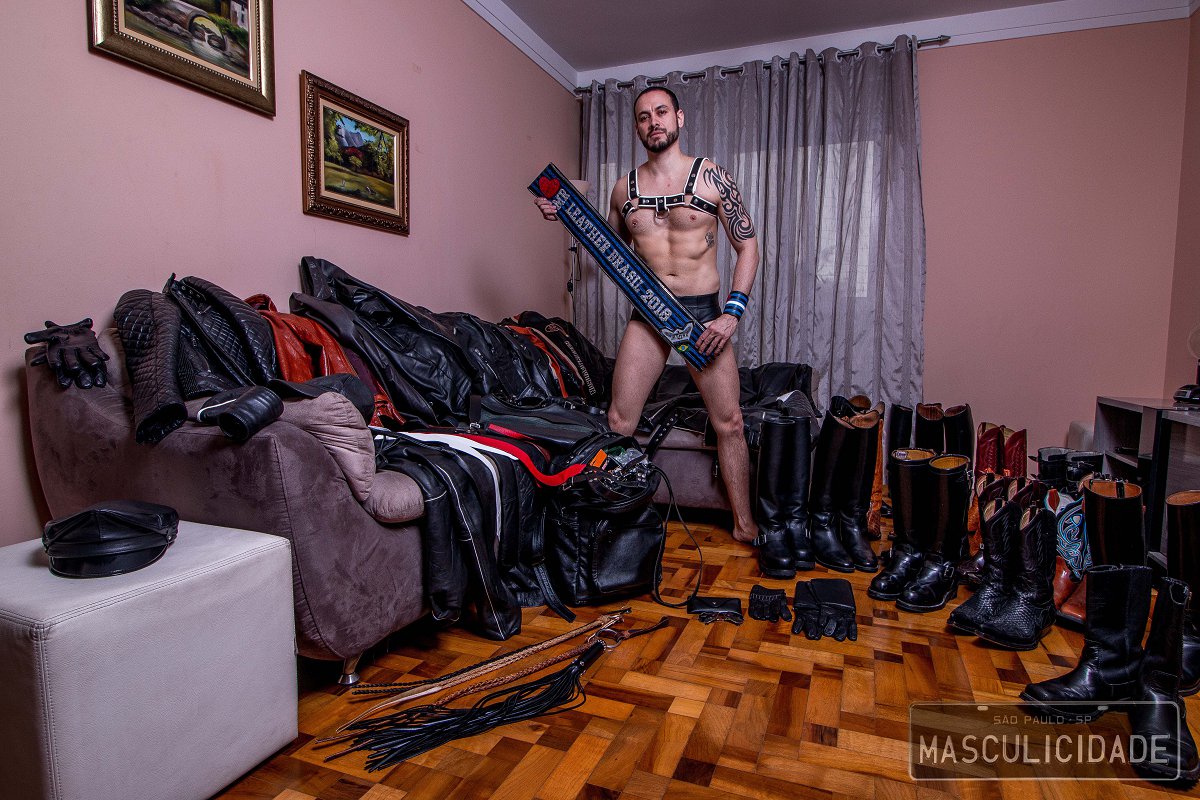 What’s your favourite memory of IML?

“There’s one moment I will never forget. We were rehearsing backstage with a group of men and we started talking about our private lives. There was one moment where I was feeling a lot of emotions. I told them about homophobic crimes and attitudes in Brazil and then all of a sudden all those men started hugging me (his voice is trembling as he is recounting this story). They told me I had their support and that they were really happy that I was there, that I was welcome in their lives and that other Brazilian leather men were welcome in their countries as well. That’s when I started to cry. I really felt their love and at that moment I understood why we called each other brothers.

But I didn’t cry on stage! Before travelling to Chicago people told me ‘Try not to cry!’ I almost did when the jury announced the Top 20 and I was the first one to be called on stage. I was so excited and happy and I didn’t know how to react. I almost cried, but in the end I managed to keep myself together hahaha.”

Last question: is there something I forgot to ask or is there anything you would like to share with our readers?

“Yes, a funny story that happened to me recently. Last time I visited my mother she had a portrait of me wearing full leather on a table in the living room. I was pretty surprised and asked her ‘Mother, what is this picture of me doing here?’ She said she found it on Facebook. She liked it so much that she decided to print it and put it in a frame. She’s almost 80 and I don’t think she understands everything about fetish or what it means, but she liked how I looked hahaha.”

Maybe she secretly has a leather fetish as well? 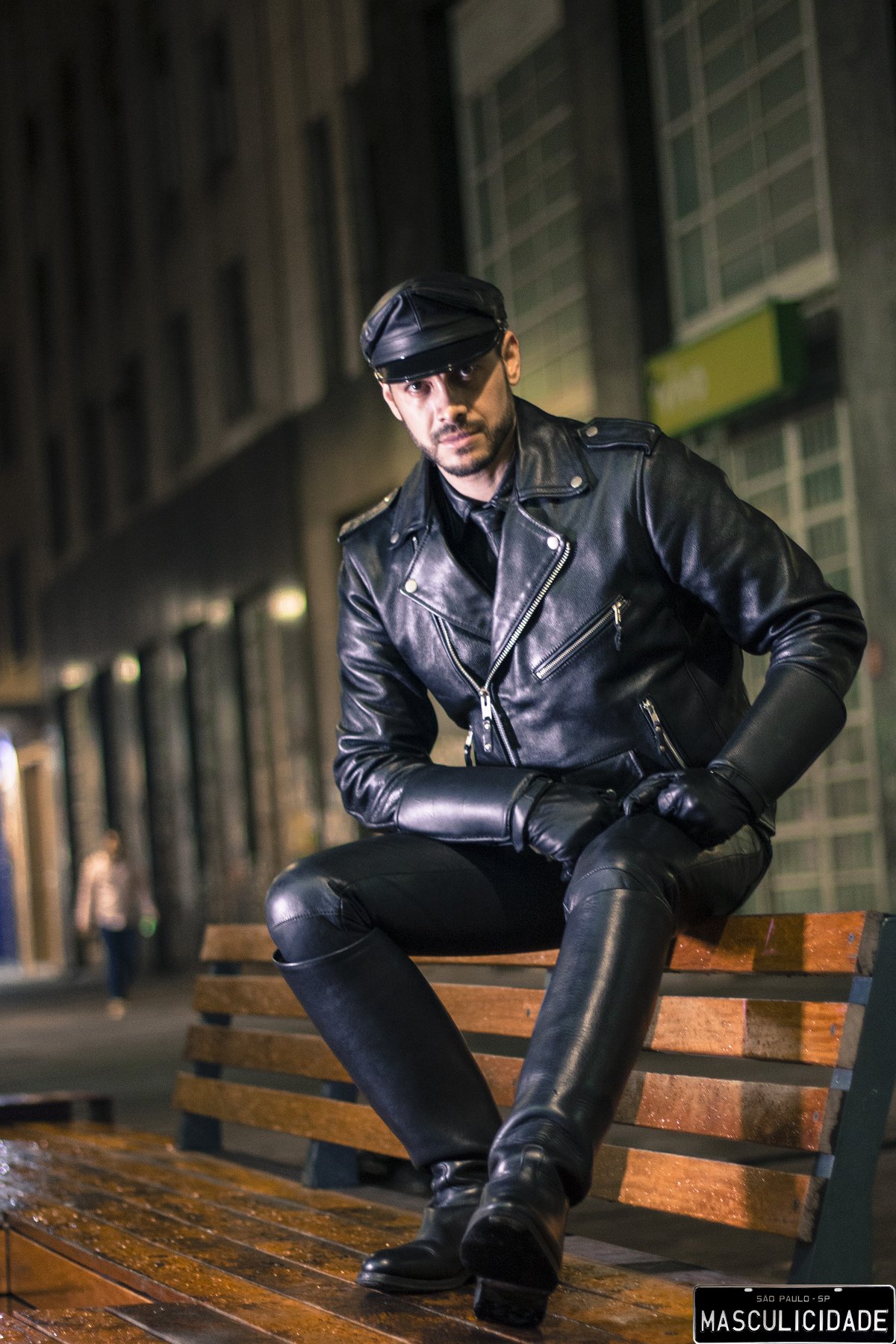 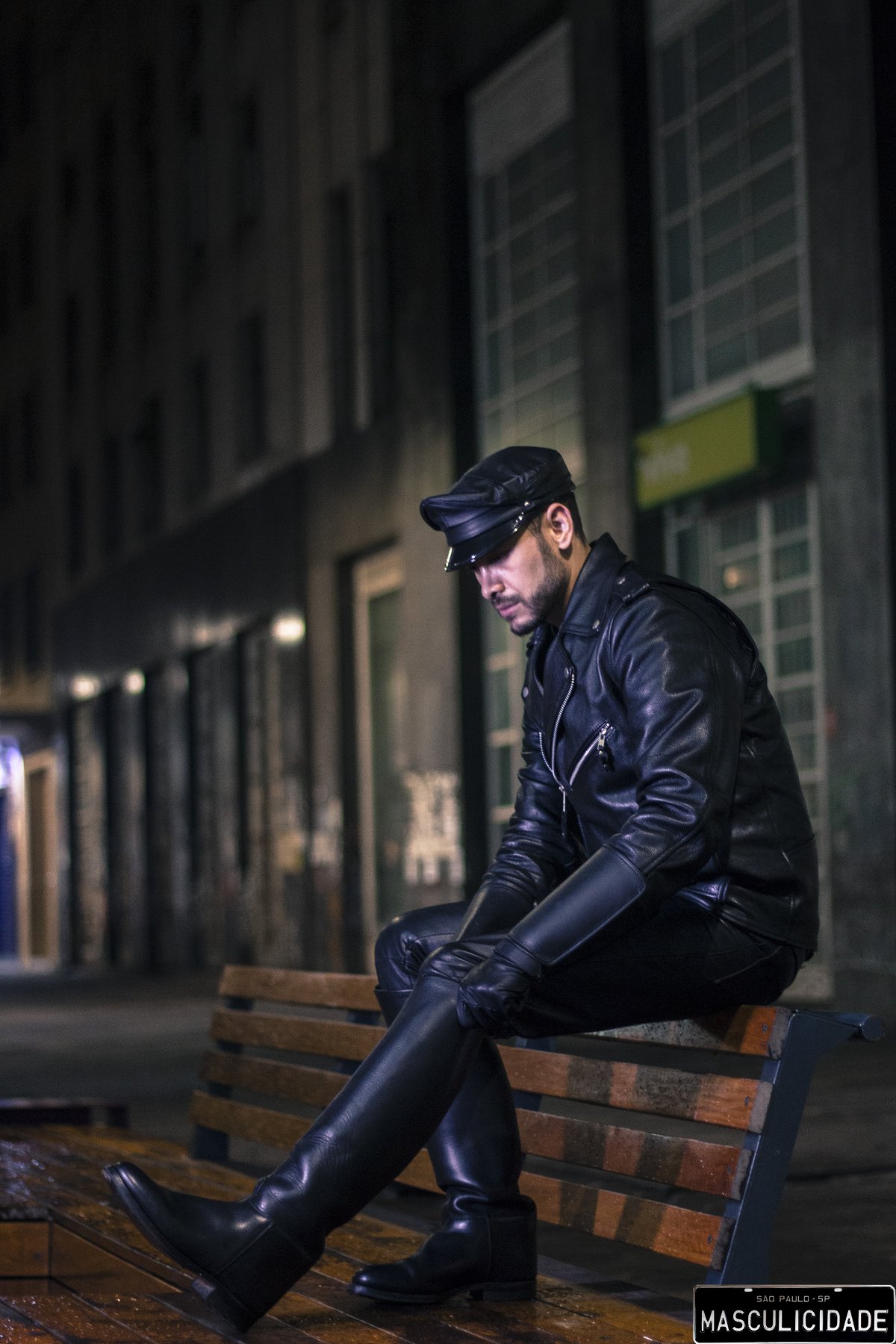 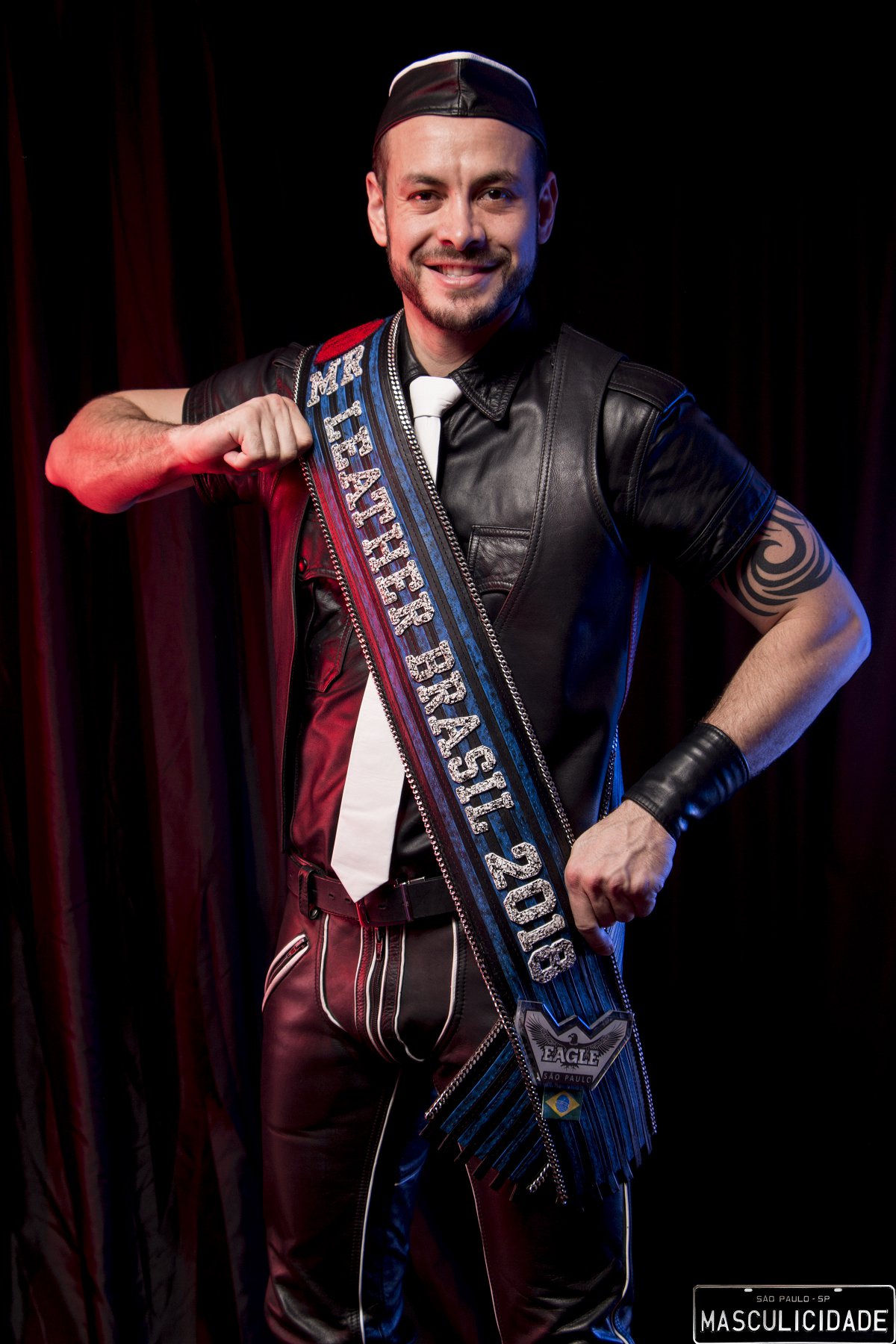 Want to know more about Raphael? Check out his personal website www.dompc.com.br with tons of info about the leather scene in Brazil and Sao Paulo and make sure to follow him on Instagram @dompcleather.