Before visiting the Sauna Nieuwezijds (NZ) for the first time, I had never once stepped inside a gay sauna. I had two conflicting preconceptions in my head of what to expect. One was like an awkwardly spotless, stylised and sleek porn set, and the other came from bad trip advisor reviews of other saunas — describing dark, dingy, dirty dives. (Getting aroused by all the ‘D’ in that sentence?) To my surprise, neither were accurate. The NZ had a warmly lit ‘bachelor-pad meets wooden-chalet’ style lounge area with a well-stocked bar and a kitchen offering a full menu. (Bottoms! Avoid the chicken curry — it tastes incredible, but you’ll thank me later.) In the back I found plenty of clean showers, a Finnish sauna, a steam room, a darkroom, glory holes and twenty private cabins equipped with condoms and lube, comfy mattresses and red lighting for a good old sexy fuck. Two years later I have the pleasure of sitting down with one of the company’s founders and owner Elard Diekman, to discuss the success of the company and what makes the NZ special.

So, when you opened, there was already a long-running sauna (Thermos) in Amsterdam. What made you want to start a second one?
“I was getting bored with what was on offer. I used to go to Thermos since I arrived in Amsterdam, about 35 years ago. The last couple of years before it closed down in 2013, I was surprised by how quiet it got and how bored I had gotten of it. Plus, if you want to go to the sauna it is nice to have options to pick from. We saw there was a space in the market and opened NZ. That is also why we specifically didn’t start a big sauna but a smaller one. At the beginning it was meant to be the second sauna of the city.”

What do you think has made NZ so popular?
“I like to think it is our trademark friendliness and hospitality that we took from our experience with our sister company Club Church, into this business as well. I really believe in those qualities, and we try to make sure our entire team possesses them to the best of their ability.”

You also provide that extra wellness element that a lot of gay saunas
forget about. Why is that important for you?
“I think it is important because the cruising scene amongst gay men is changing. For a very long time it used to be hidden. In public toilets, on the side of roads, empty car parks and that kind of thing. However, the gay community has emancipated.
Nowadays we like to cruise in stylish environments and they should have atmosphere. We are at a time when we are proud to cruise! Which brings us back to your question — we have noticed that a lot of our clients really want that wellness element. It allows for an open, social aspect to come through, which modern day cruising demands, and it takes away from the hidden “hush hush” aspect associated with the cruising of the past. I am happy that we give people the freedom to use the NZ how they want. Sex or no sex.”

Whilst we are on the subject of wellness — here is what the NZ has to offer! Mellow Monday is between 6-12pm every Monday (confusing, I know)! There are two ‘Aufgüsse’ that happen — a Finnish ceremony of sorts that leaves you invigorated, refreshed and far more sweaty than anything or anyone else will make you feel that night! A ‘chocolate session’ also takes place which can be used as either a chance to give your skin some love or give some love to someone else in the form of a chocolate-covered orgy. Wellness Wednesday happens on a Wednesday (OK fine, I’ll stop pointing out the obvious!) which also offers an ‘Aufgüsse’ along with an aromatherapy-scrub session in the steam sauna and a quick hot meditation in the dry sauna. It is the perfect opportunity to recover from all that darkroom action and catch your breath!

You also have another special night that has very recently made its way on to the schedule —‘Gender Fluids’ night. Tell us about that and why it was important to start.
“Historically, gay men as a group are the most relaxed about sexuality and promiscuity. Usually when there is oestrogen involved it gets more complicated! The LGBTQ community is evolving and, more than ever, it is important to be inclusive. It irked us at NZ, more and more, that we were categorically saying no to the majority of society. ‘No, this not for you,’ solely based on whether you have a dick or not! It feels wrong to turn anyone away in a place that was created because we were being turned away elsewhere. Having said that we also recognise that most gay men need to be around gay men only to feel horny and cruise without inhibitions. So, in order to answer both developments, we chose to make the second Saturday of every month open to all gender identities and sexual orientations. We wanted it to happen on a busy day during the weekend. It shouldn’t just be a gap-filler. It is something we want to celebrate, and we are happy with the success of the night so far!”

That is awesome and definitely a step forward for the Amsterdam scene. As the team behind two of the most prominent gay establishments in Amsterdam (NZ and Club Church) are there any future plans to develop something new in the city or elsewhere?
“Haha! Well, we continue to renovate both places to keep them in top condition. But I also think the scene could do with another sauna or club. I think for the most part it is
still a little on its ass. I don’t know why that is! I always blame the aids epidemic. We lost a lot of creative minds and daredevils and those are the people that would have been in their 50s or 60s now, with money to start new things. I do think it is time for a new generation of gay places. So in that sense we are definitely keeping our eyes open for opportunities and inspiration. There is nothing concrete in the pipeline, but if we have enough energy we might start something again!” 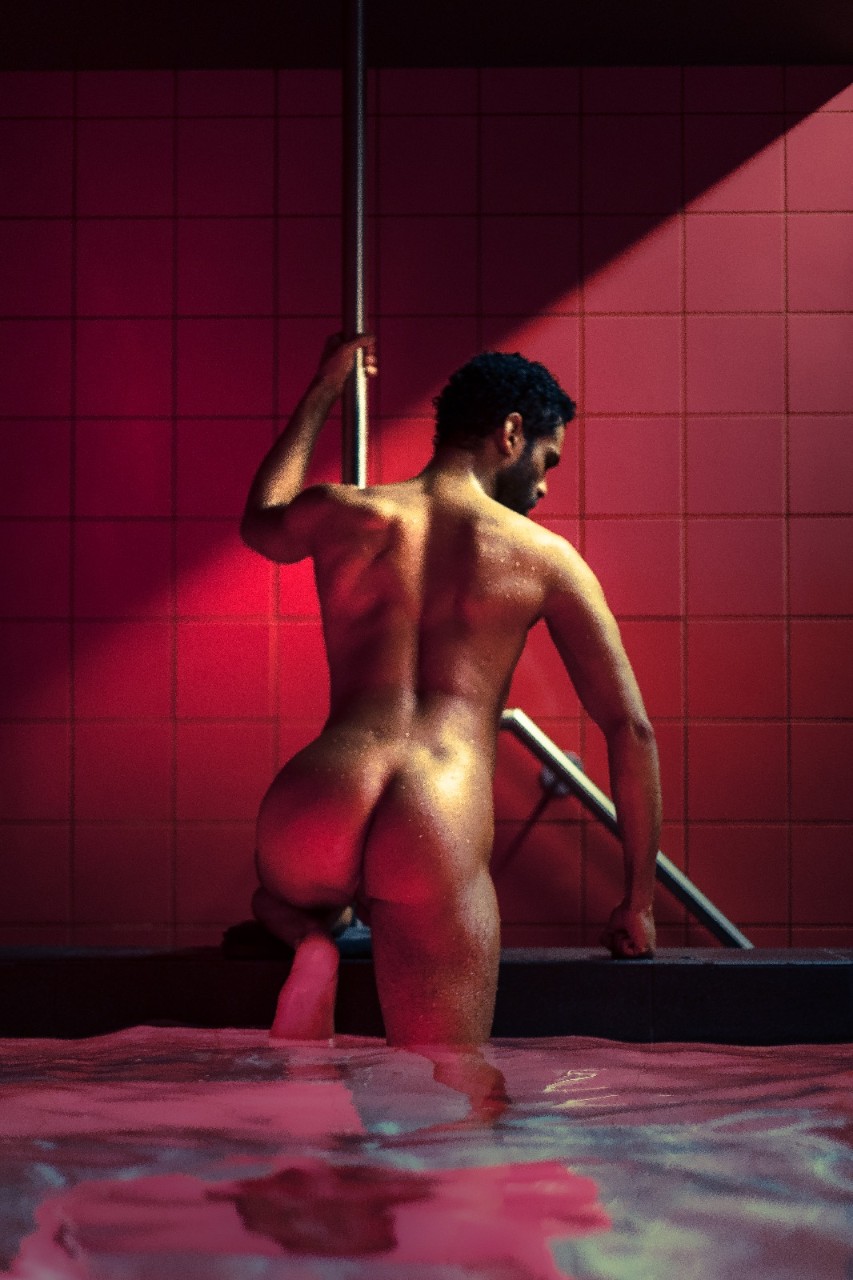 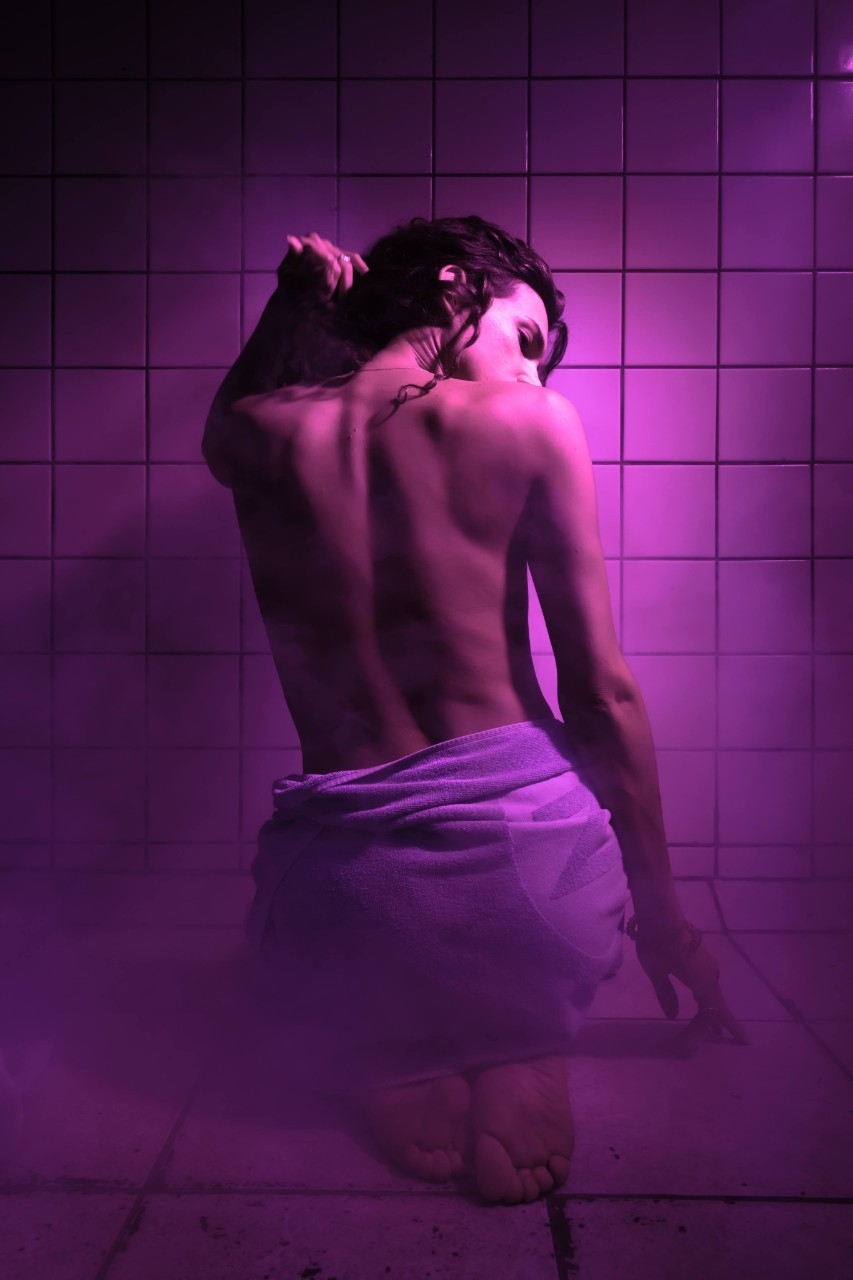 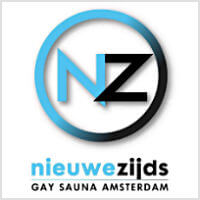 Feeling hot and bothered? Head over to Nieuwezijds Armsteeg 95 (1012NB)
and get your sweat on! Alternatively you can follow them on Facebook at
@SaunaNZAmsterdam for updates and upcoming events, or visit their
website www.saunanieuwezijds.nl for opening times, contact details and other
information.

Crossing over with Mr. Riegillio