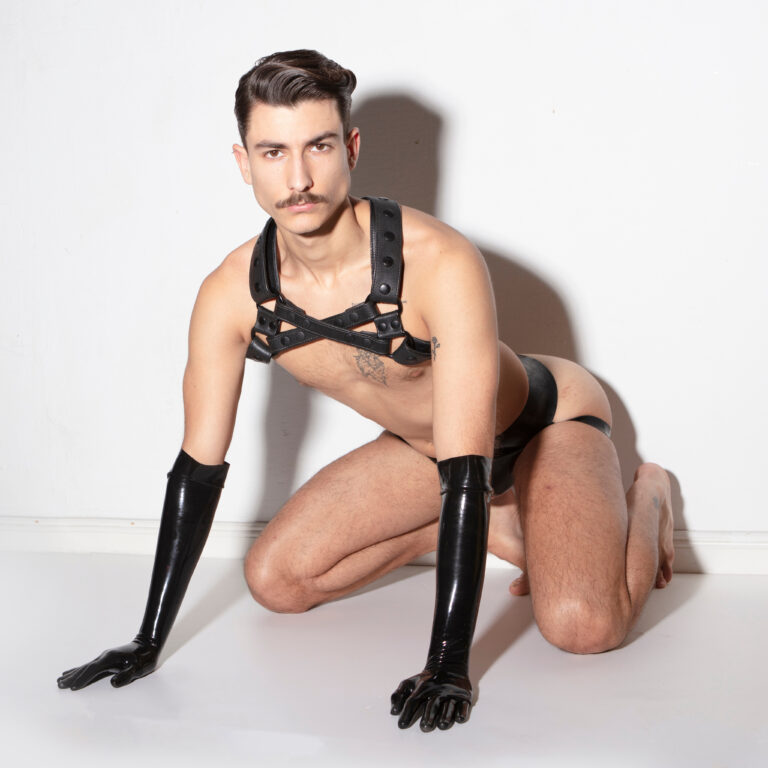 I’ve always appreciated the depth of diversity in our scene. Not just in fetishes, but in how we gear to express ourselves. There’s so much opportunity for creation, which if anything, might mean it can be difficult to stand out or have a unique look or vibe. This issue does not befall one of my favourite kinksters, and one I can gratefully call a personal friend: Rubberax, aka Pierre.

Pierre is an artist and an icon, mixing hard fetishes with fashion – and  even elegance – but in an undeniably sexy way. He is unapologetic in his work and is arguably the most himself amongst most of us. He’s truly a face to watch.

This week I was able to sit down with Pierre and ask him about his work, his style, and his aspirations. 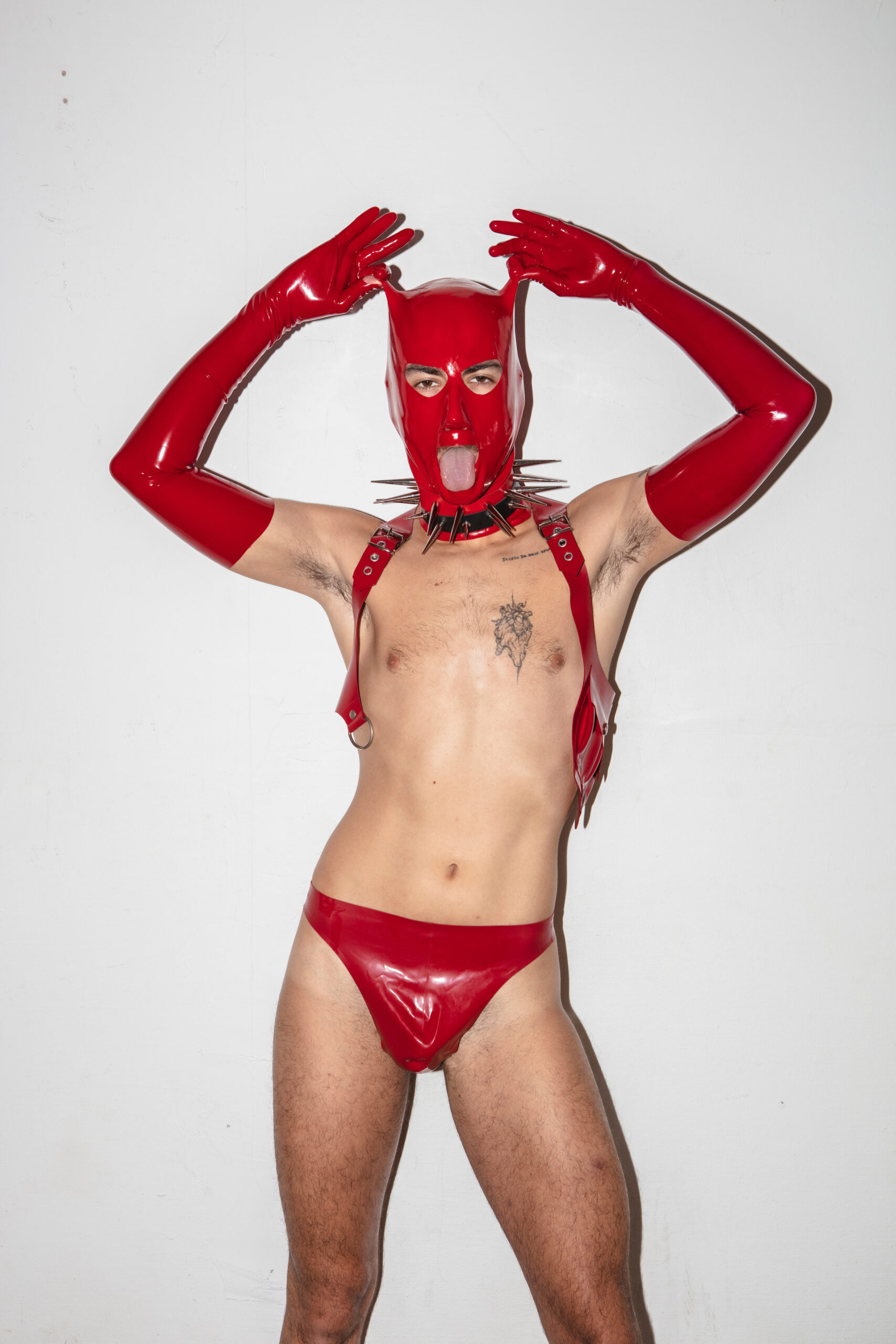 What interested you first in the fetishes you now have or work with?

How did your first kink experience go? And how have you grown since then?

“My first kink experience was with my very first boyfriend, at 15 years old. I simply asked him to slap me, insult me, and tie me up with some tape because I was bored of vanilla sex. He did, and I was like ‘I need MORE’. So, I dumped him, and I found a couple that taught me everything about BDSM, at least all the basics. I even had a pup named ‘poupy’. I loved this time, but I had to move on after a few months playing with them because I got bored. I always like to move on to the next thing: more extreme, longer, and harder.” 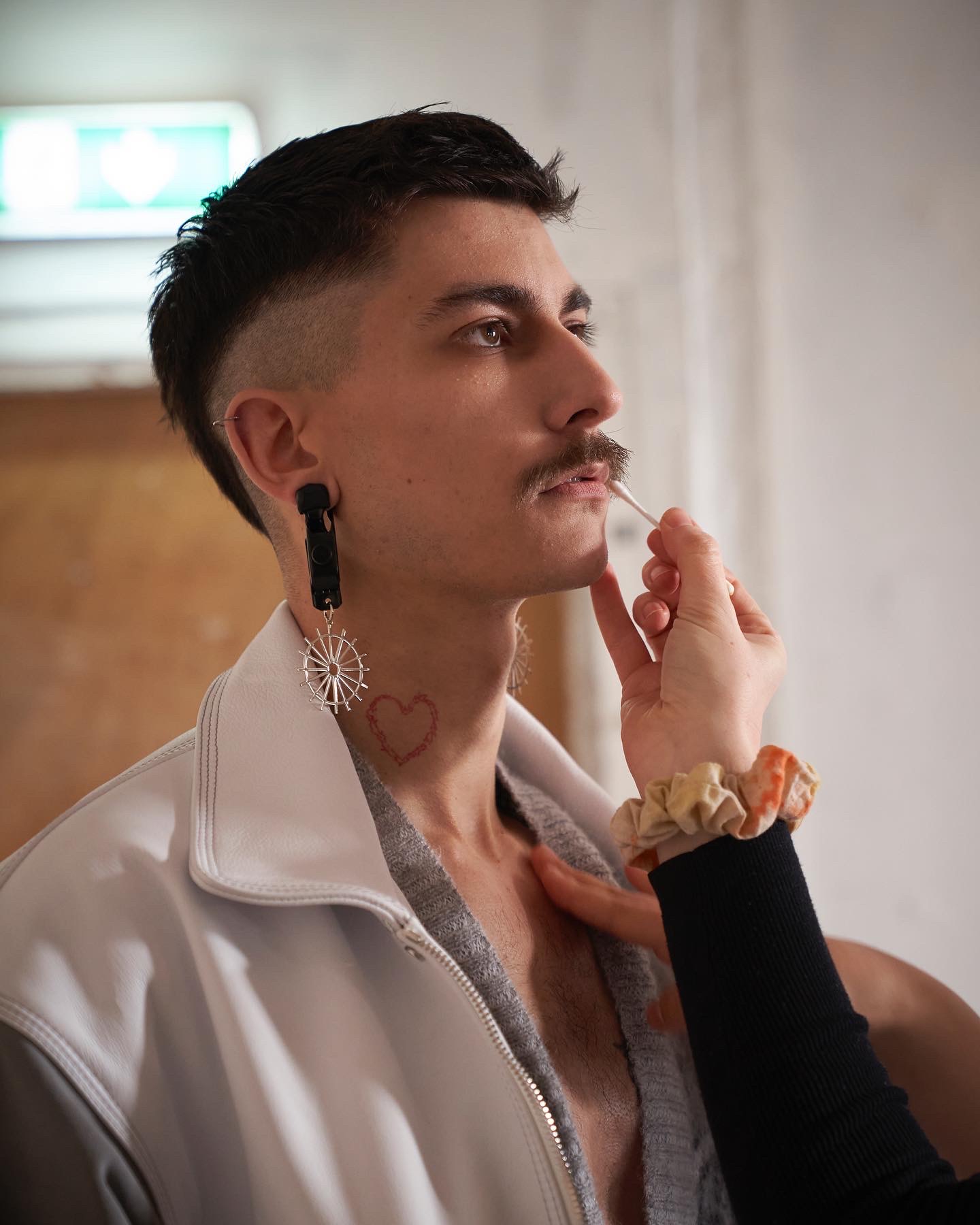 How do your kinks (rubber, domination, puppy) inspire your work or the art you make?

“The BDSM world is very inspiring for me in all the art that I do, whether it’s performances or fashion creations. The movement of the body and the creation of new identities are always a big thing for my art. There’s also something very elegant in the kinky scene. People will have amazing outfits; very polished and detailed. I get inspired by that. All the different characters that you meet are very inspiring as well. It’s all a game, and we all have those different characters, and we build fantasies around them. It inspires me to create outfits, or drawings for example.”

Who inspires you or who do you look up to?

“I get inspired by everything and everyone, all the time. My brain never stops thinking about new ideas. But I have some big inspirations such as Alexander McQueen and Lady Gaga (act surprised). In the kink scene I don’t have any specific inspirations, but the people that I meet along my kink journey inspire me. Either by their outfits, their kinks, or their story. I think BDSM is like therapy, and getting to know how people got into it, the reasons why, is so inspiring. We have such a complex mind, because our relationship to sex is way more thought than basic boring vanilla sex. In a way, I look up to everyone basically.” 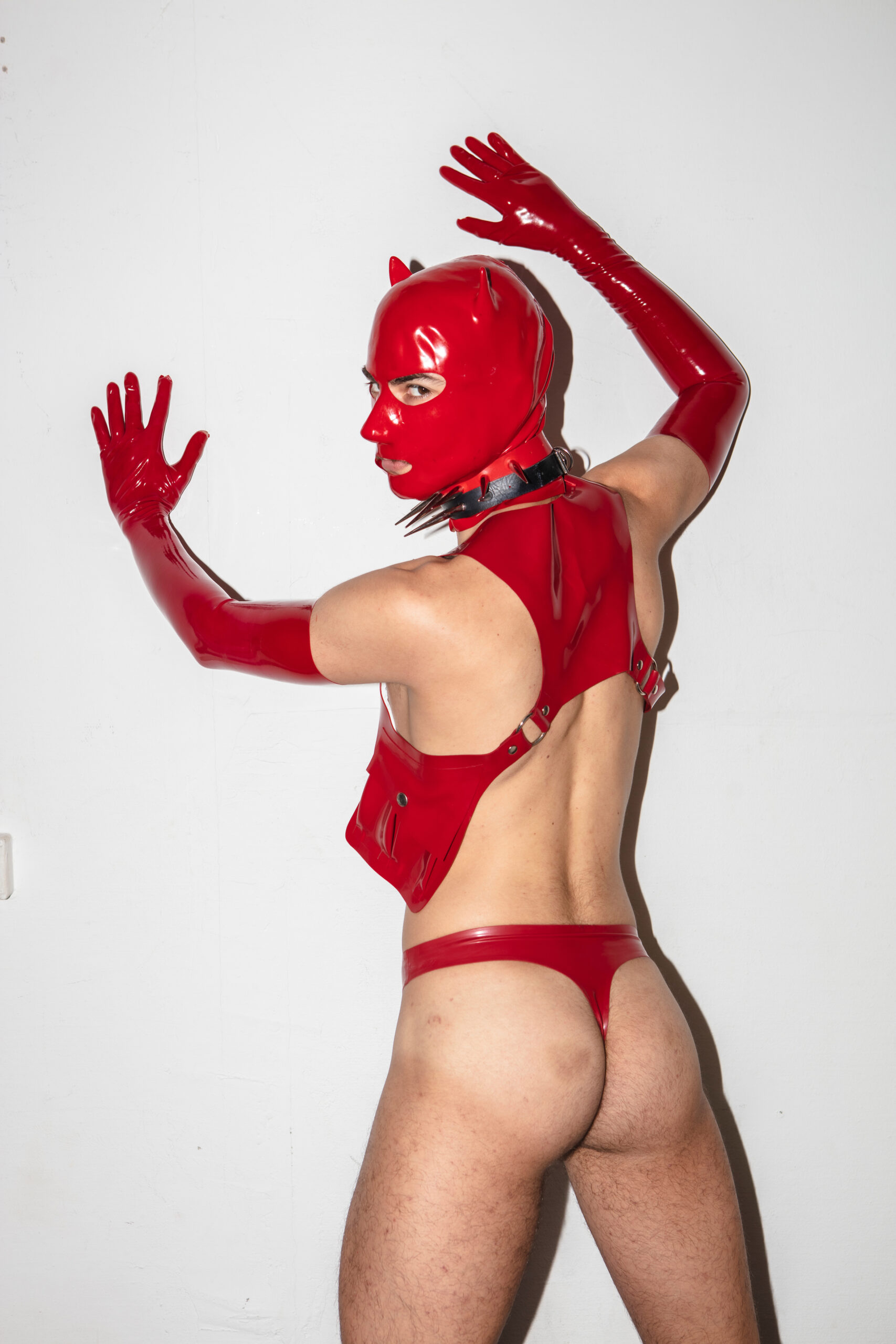 How do you feel your personality has been received in the scene?

“My personality, haha, good question. I have a big temper, and I’m not letting anyone tell me to shut up. It can be perceived as being rude, but honestly, I do not care. I know what I want and don’t want, and I’m always respectful. At first it was difficult, and I did feel quite excluded from the community for a while. People had some ideas about me and were not really trying to interact with me. But for the past year it’s been getting really better, as people discovered I’m a simple funny guy, and not a cold French obnoxious bitch (as some would say). I think that I can be quite intimidating because of my face, but I can’t help it, haha.”

What have people told you about your impact on their lives?

“I think I have some good impact on the community. I’m not scared to tell my opinions, defend my rights, and say ‘fuck off’ to those who are full of hate. I get lots of messages from people telling me how I helped them embrace their kinks, or messages to thank me for speaking for minorities. I’m trying to use my platform to help as much as I can.” 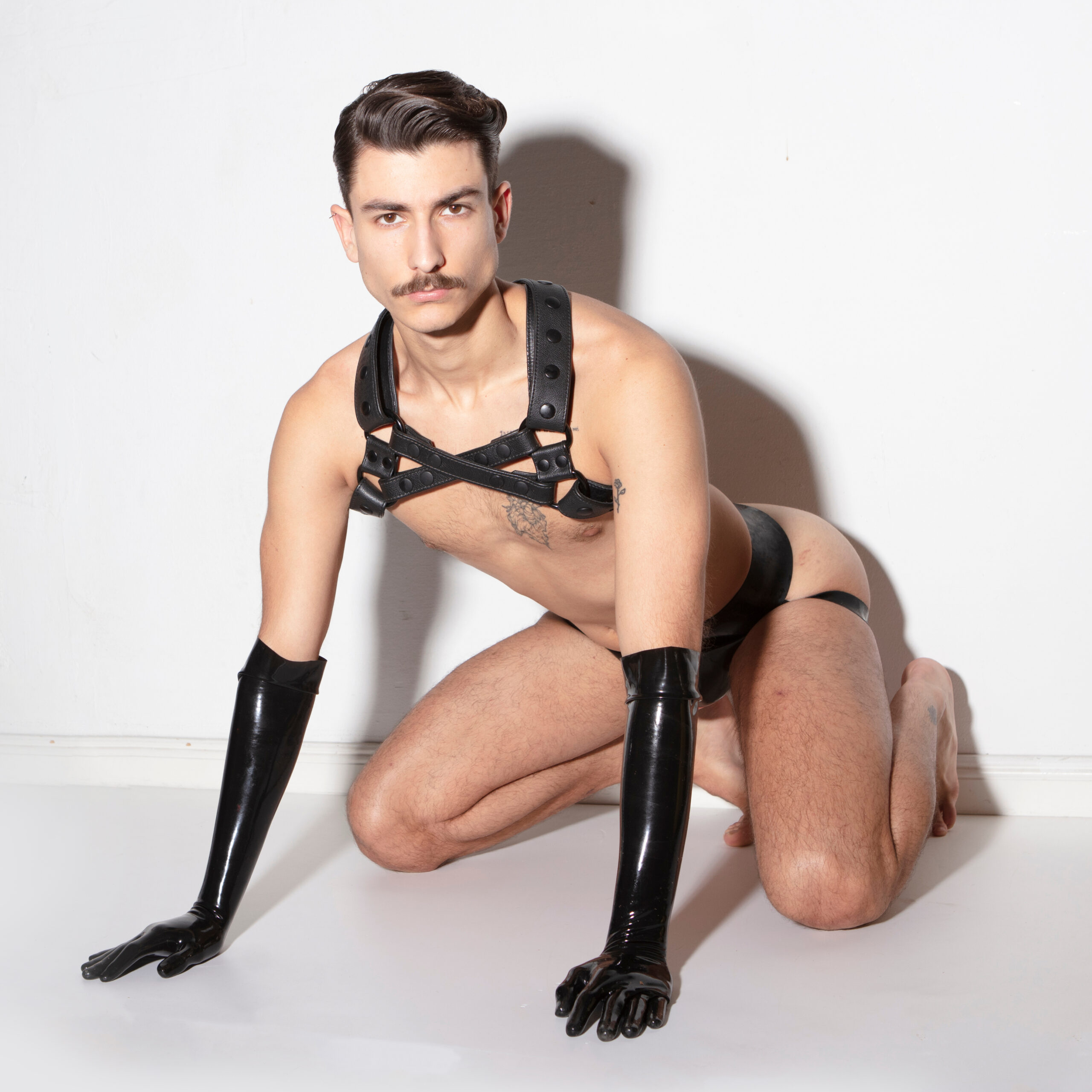 I understand you’re now living in London and working as a performer. Tell me about your shows. How did you come up with the acts?

“Yes! I just moved to London after a job offer at The Box. I’ve performed there four times and there are way more acts on the way. I’m in the ‘shocking’ value acts. My first act is about a very fancy and obnoxious guy in a very nice suit who loves pee. I can’t say much because it’s exclusive to the club, but I can say that I’m doing a golden shower on myself in front of maybe 150 to 200 people. I love it. I just started getting into the night life/performing bits and it’s amazing. Those acts come from my kinks, and from personal history. That one specific act is like a redemption; people blame people (like society in general) for having certain kinks and I’m here making fun of them because they are disgusted by my act. I might perform at other venues soon…”

What can we expect or hope for from Rubberax in the future? 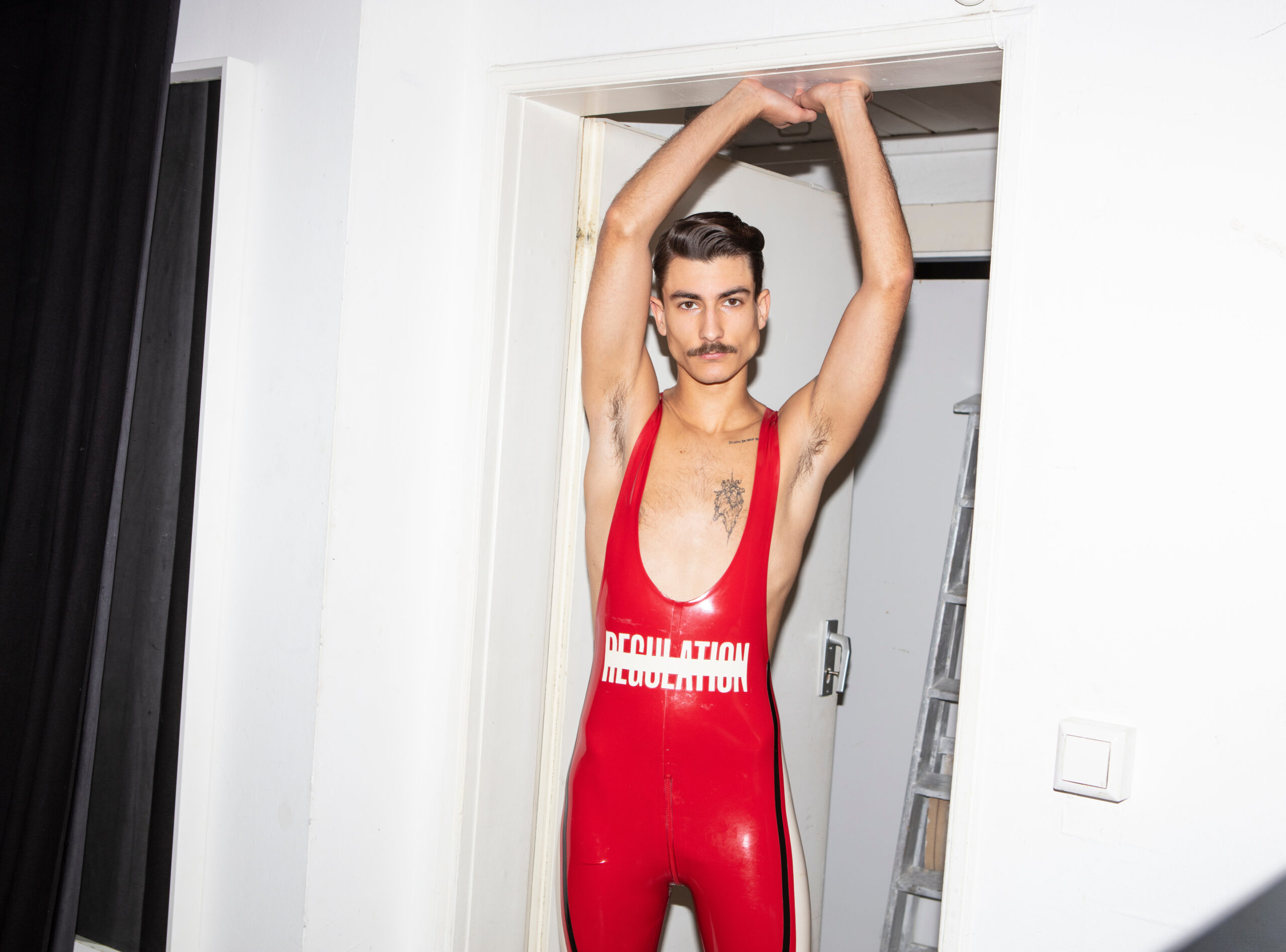 If you could give advice to someone who looks up to you, what would it be?

“Oh, that’s a big question. To be honest, the best advice I would give to anyone is: don’t stop when someone tells you to. Always go forward, and it’s okay to have downs. Also, don’t blame others for your failures, it’s just a waste of time and energy, and it won’t get you anywhere. I’ve learned at a very young age that life’s not fair, and either you moan about it or you take actions and change it. It might be harsh but I always say: take what happened, process it, and grow from it. I come from a poor family in the countryside, and I worked my ass off to get where I am today.” 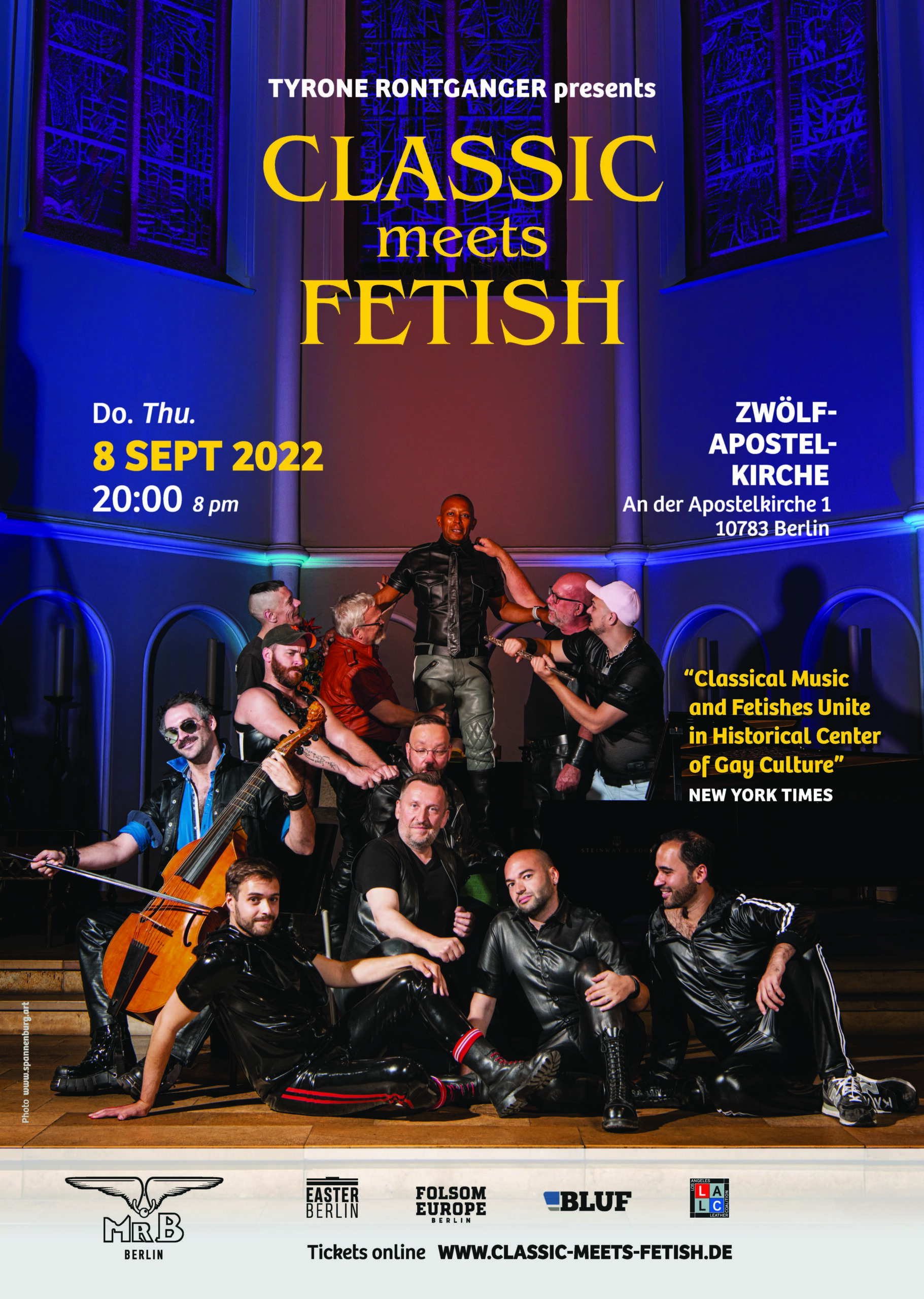