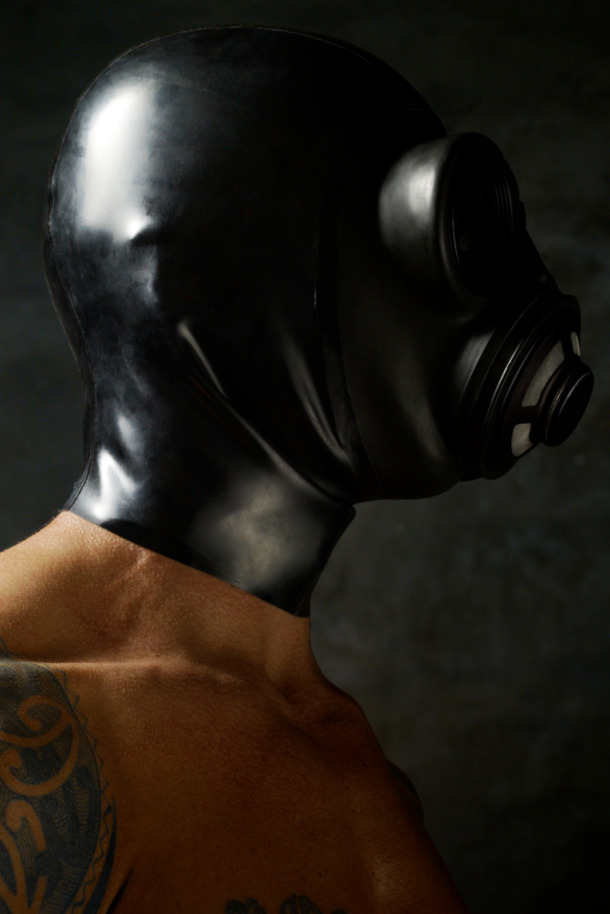 BREATHPLAY, ALSO KNOWN AS EROTIC ASPHYXIATION, IS A FORM OF SEXUAL SADOMASOCHISTIC PRACTICE IN WHICH ONE PARTNER REDUCES THE OTHER’S ACCESS TO OXYGEN BY METHODS SUCH AS CHOKING OR STRANGULATION, IN ORDER TO ENHANCE THE INTENSITY OF THE SEXUAL EXPERIENCE AND CLIMAX. AUTOEROTIC ASPHYXIATION IS WHEN SOMEONE DOES THIS SOLO, AND IT IS OFTEN DONE THROUGH METHODS SUCH AS HANGING, SUFFOCATION WITH A PLASTIC BAG, CHEST COMPRESSION, THE USE OF VOLATILE SOLVENTS OR A COMBINATION OF THESE METHODS. THE GOAL IS TYPICALLY TO REACH A HEIGHTENED POINT OF LACK OF OXYGEN TO THE BRAIN, JUST BEFORE LOSING CONSCIOUSNESS.  HOWEVER, DEPRIVING THE BRAIN OF OXYGEN, AND ESPECIALLY TO THE POINT OF A LOSS OF CONSCIOUSNESS, IS A HIGH RISK AS IT COULD EASILY CAUSE BRAIN DAMAGE OR EVEN END ONE’S LIFE.

It is estimated that each year about 60 people die from erotic asphyxiation in the Netherlands, about 600 in the United States and similar numbers are estimated in other nations. The numbers are estimated and often without official statistics, because recording death by autoerotic asphyxiation is often conflated with death by suicide. To avoid risks, a safe word or sign, verbally or otherwise physically, is often agreed upon in case a partner appears to lose consciousness, but this comes with a rather high chance of not working out, be it or not because the partner incorrectly measures the restriction of the oxygen amount in the first place. Obviously, the risks of doing this when alone are even higher, as there is no one there for guidance, or help once consciousness is lost. There could be a malfunction of the apparatus being used, like the cover over one’s head or belt around one’s neck or by hanging oneself, which is reported as the most common form of death by asphyxiation.

Though it is a very specific kink, breath play is not uncommon and is often paired with other fetishes such as rubber fetish, bondage, and various other forms of BDSM. Like most fetishes, it has a range of practices from milder to more extreme, but unfortunately, the more extreme one goes in this case, it all becomes rather risky and requires proper knowledge, skill, and a high level of attention when practiced, and above all else: it is better not done alone. Unfortunately, it is not only often done alone, but it also tends to happen in secrecy, as there often is a certain level of shame regarding some sexual fantasies, fetishes, and practices, especially those which can be dangerous to oneself or others. This could explain this reluctance and caution with which one shares this secret…and with whom.

Mister B does not shame or condemn any particular fetish or fantasy. We understand the nature of sexuality is broad and colorful and very individual, meaning that we think there is nothing wrong with anyone having certain particular fantasies or desires. The problems instead may arise  – and sadly quite often do!  – when some of those fantasies and fetishes are being put into practice.

Shigella outbreak in European metropolitan areas: what you need to know!

Although we understand that breath play is a practice within our community, we also believe that it is important to be aware of and discuss the possible risks involved. Asking questions and having conversations with like-minded individuals and community members can keep everyone better informed and better prepared for any kind of fun. Keep the fetish discussions open and we can keep fetishes from being shameful secrets and taboos.  We all do better when we reach out and support each other.

We are stronger together.