This June New York City Pride welcomes the world! For the first time New York will be hosting WorldPride to celebrate the 50th anniversary of the Stonewall Riots. Wings takes a short trip through LGBT history and puts a spotlight on the events you should take part in this June, if you decide to join the festivities in the Big Apple.

The Stonewall Riots – for those of you who have never heard of them – are generally seen as the starting point of the modern day fight for equal rights for queer people. But before we’ll get into them we need to travel back in time a little further, to put things into perspective.

There was a time, not that long ago, that homosexuality didn’t exist and neither did heterosexuality. It was not until the 1850’s that the concept of differing sexualities and what we now call ‘gender identities’ started taking shape in Europe. Five decades later, in 1897, German scientist Magnus Hirschfeld established the world’s first LGBT rights organization in Berlin. This ‘humanitarian committee’ tried to explain our existence and stick up for our rights through science and research, until the Nazis destroyed most of its groundbreaking work in 1933. If you want to know more about this mostly forgotten history, we recommend you read the eye-opening book Gay Berlin by Robert Beachy – published in 2014 – and watch the (unfortunately not entirely historically accurate) 2015 film The Danish Girl.

Let’s skip 30 years and hop on over to another continent: it’s the 1960’s in the United States and a new generation is trying to break free from ‘old-fashioned’ ideas about sex and sexuality. The focus is mainly on heterosexual lovemaking, but gay men and their bed habits are also getting more attention – not necessarily in a good way. Life Magazine from July 27th 1964 for example features an article about ‘the secret world of homosexuals’ that is supposedly growing ‘bolder and broader’. Gay life is ‘sad and often sordid’ according to the author. There are black and white pictures of faceless men dressed in leather in an underground cruising bar in San Francisco and of a gay man being handcuffed and arrested by police officers in Hollywood for ‘soliciting’.

The article explains to the readers that homosexuals are ‘openly admitting and even flaunting their deviation’ in cities like New York, San Francisco, Chicago and Los Angeles. That they are ‘building a society of their own’ because they are ‘rejected by the straight world’. On the one hand the piece seems to be somewhat sympathetic to the gay cause, on the other it is filled with prejudice and fear. Still the article manages to capture the struggle gay men are facing, including ‘anti homosexual police operations’, faking straight life and discrimination within their own community. It also talks in depth about the discussion (and reluctance) of decriminalising sex between men in certain US states.

Almost 5 years later the Stonewall Riots take place. Early in the morning of June 28 1969 New York City police raid the Stonewall Inn, a popular underground gay and lesbian bar in Greenwich Village. Tired of the ongoing police brutality, done with being seen as sexual perverts and sick of being marginalized by society, community members fight back. On the forefront of these uprisings are black and Latino transvestites and transsexuals, butch dykes and femme queens.

The riots, fueled by emotion, go on for multiple nights. They forge the New York queer scene into a community and lead to the formation of two local gay activist organizations within 6 months. In the following years gay rights organizations are formed all across the US and in countries around the world. And, also important to note, exactly a year after these events, the Stonewall Riots are commemorated with the very first pride marches in New York, Los Angeles, San Francisco and many other cities. Today similar pride events are held annually all over the world, often around the end of June in honor of the Stonewall Riots. If you want to know more about the impact of Stonewall and about one of its most famous faces you should watch the 2017 documentary The Life and Death of Marsha P. Johnson (available on Netflix) and the moving 2010 documentary Stonewall Uprising that features interviews with eye witnesses.

That’s it for our short queer history lesson.
Let’s take a look to the near future to some of our favorite events during WorldPride New York!

Want to know more about WorldPride 2019 and all of the events that are taking place?

Check www.nycpride.org for up to date information, exact times, locations and tickets.

make sure to take pictures in your Mister B gear when you are there and tag them on your favourite social media platform with #misterbisyou.
Happy pride! 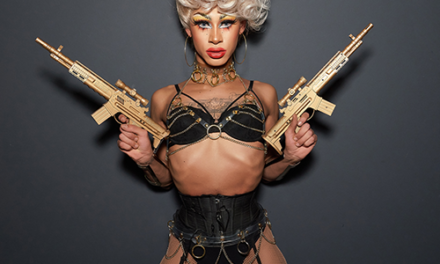 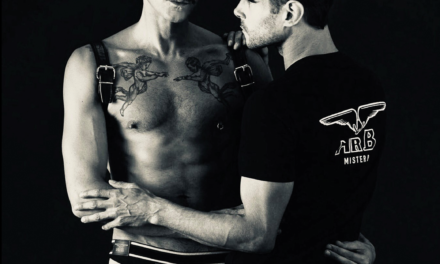 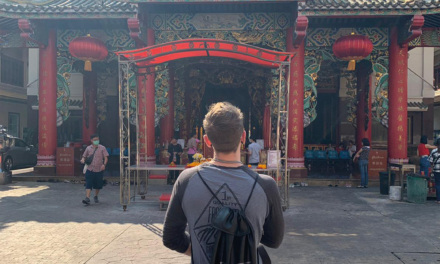 MISTER B ALL OVER THE WORLD