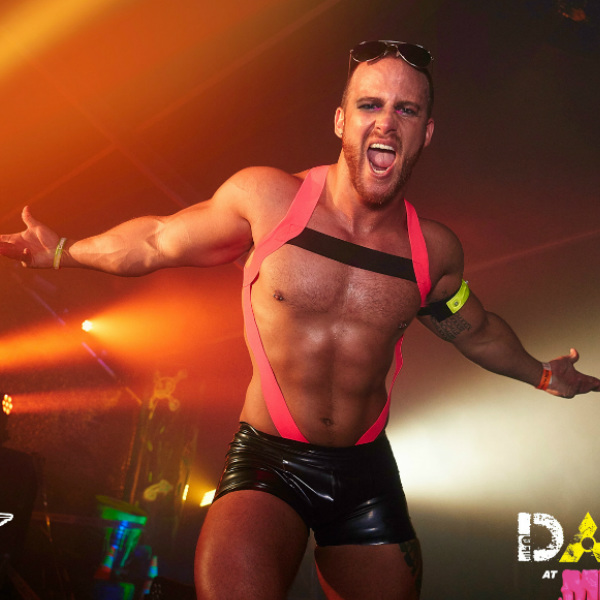 “IT’S THE BALLS, THE BALLS ARE ON FIRE”

AN INTERVIEW FROM 2018 WITH THE BEAUTIFULL BRAINS BEHIND MILKSHAKE FESTIVAL

Marieke Samallo (38) and Sinan Seyhan (39) may be wearing all black outfits for Wings, but they’re responsible for the most colorful, diverse and enlightening festival this side of the solar system: Milkshake. We sat down with this dynamic duo to talk about the Amsterdam festival that brings all the boys to the yard as well as the girls and anyone in between.

Milkshake – for those not familiar – is an explosion of pop cultural craziness in 50 shades of pink. The festival offers stages to famous Dutch party organizers and artists like Now&Wow, Erwin Olaf, Supertoys, Rapido and Damage by Mister B and more recently international parties like WUT?CLUB (London), Less Drama More Techno (Paris) and Sexy Party (Cologne). Once you pass the fabulous drag queens at the entrance – seated on ridiculously high lifeguard chairs – you’ll find yourself in a magical queendom populated by butch femmes, leather daddies, muscle boys, unicorns and thousands of other wonderful human beings and fairytale characters.

Marieke you’re the founder and art director of the festival and Sinan you’re the marketing and brand manager. What exactly is Milkshake all about?

Marieke: “Milkshake is a festival that celebrates freedom and diversity and it’s targeted at anyone with an open mind. It’s our ideal world. A place where prejudices disappear. During the first edition my mother and my aunt were working behind the merchandise booth and she told me ‘Everyone is so nice’ – which possibly might have had to do with people taking pills (she giggles). At one point my parents said ‘We met such a lovely couple from Switzerland’ which happened to be a straight fetish couple with cheeks hanging out of their shorts. My parents discovered that all these people are really nice and friendly. I think that’s cool. It’s a step in the right direction.”
Sinan: “Milkshake has a special place in my heart. When I was a teenager I secretly went to the Roxy and the iT (editor’s note: two legendary clubs from Amsterdam in the nineties). I felt the freedom to express myself behind closed doors. Milkshake feels the same to me. It’s a place for people who have had a life that’s been a bit harder. They can leave the stress behind and just ‘be’ in any way or form they want.”

Milkshake started as a one-day event in 2012. How has it changed since then?

Marieke: “First of all it has become bigger and more popular. Since 2016 Milkshake takes place on Saturday and Sunday. The first two years we invited parties that were targeted at both men and women. I was afraid that we would be labeled as a ‘male only’ festival if we had invited Rapido back then. In year three I noticed that we started attracting student groups and bachelor parties and I didn’t want that. That’s when I decided it was time to become a bit more rough, so I asked Rapido, Bear Necessity and Mister B to join us.”
Sinan: “The first few years it was important to us that there were organizations present that had done a lot for gay and transgender rights and emancipation. Now&Wow from Rotterdam for example used to be a club for 4000 people with drag queens and Moroccan street kids, gays and straights…”
Marieke: “…and house lovers with little blue glasses – remember them?”
Sinan: “And they all came together and had fun. It was an amazing mix of people. During the first edition of Milkshake we had a lot of different and contrasting parties and performers as well. People told Marieke it wouldn’t work. But during the festival there was nothing but love. The usual bitch fights stopped and people started helping one another backstage and they went to see each other’s performances. That was so cool.”
Marieke: “It made me tingle all over. One of Milkshakes’ taglines is ‘for all who love’, deny that and you’re a jackass hahaha. It was fun and crazy putting them next to one another. We connected them. I love that!” 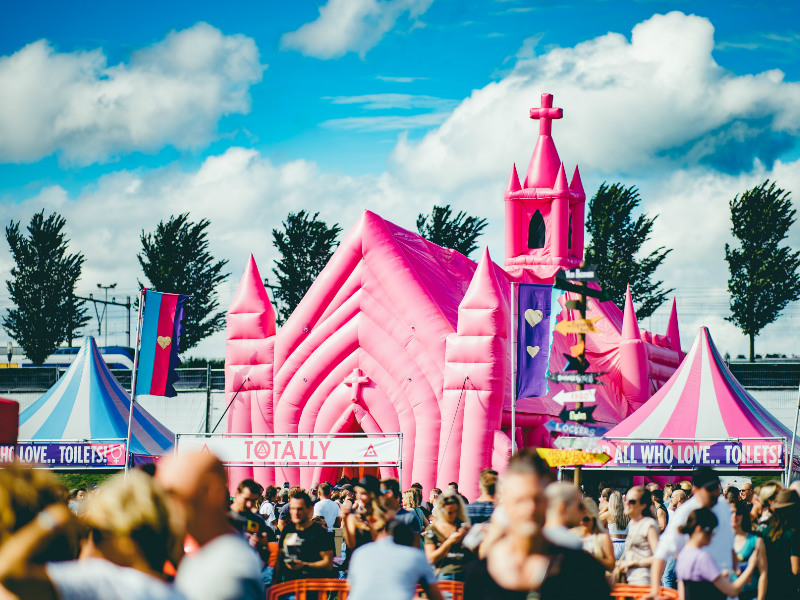 What’s the best memory you have of Milkshake?

Marieke: “An artist friend of mine from Rotterdam built a huge penis for us. It stood up straight and ejaculated smoke. I thought that would be funny. She stuffed the balls with hay, but forgot to impregnate them with water. So at one point I heard one of our producers on the walkie-talkie screaming ‘The dick is on fire! No, no, it’s the balls, the balls are on fire!’ That was extremely funny (both of them laugh out loud).”
Sinan: “Somehow it’s always fun. Even when you’re stressed you keep laughing.”
Marieke: “Last year with all that rain. That was hilarious as well. All those drag queens that looked like they were Nordic Walking in the grass with their high heels on.”
Sinan: “It was cool because it was the first time that it was raining that hard. I was on one of the stages with a couple of thousand people in front of it and then that rain came crashing down on them. And you saw them panicking and thinking ‘fuck, let’s leave’ which almost immediately changed into ‘fuck it, let’s keep dancing’ and they did. And do you remember that first year when you gave your parents a tour? When that cow – to be more precise a porn actor dressed up as a cow – got fisted on stage? And you saw it just in time and said ‘Come on, let’s go this way’ hahaha.”

Marieke you like to think big. That’s why Milkshake crossed the oceans last year and had its first edition in São Paulo in Brazil. How did that come about?

Marieke: “When I wrote the concept for Milkshake way back in 2011 I asked myself ‘what do I want to do with it in the years to come?’ I thought of travelling to all the gay capitols in the world. How cool would that be? And immediately Rio de Janeiro or São Paulo popped up in my mind. So I started talking to local promoters from Brazil during the Amsterdam Dance Event and they were super interested, but unfortunately they didn’t have a budget for a long time. Last January they suddenly called. After a lot of video conferences we were suddenly in São Paulo explaining to a big group of people what Milkshake was and then on the 16th of June 2017 it actually happened.” 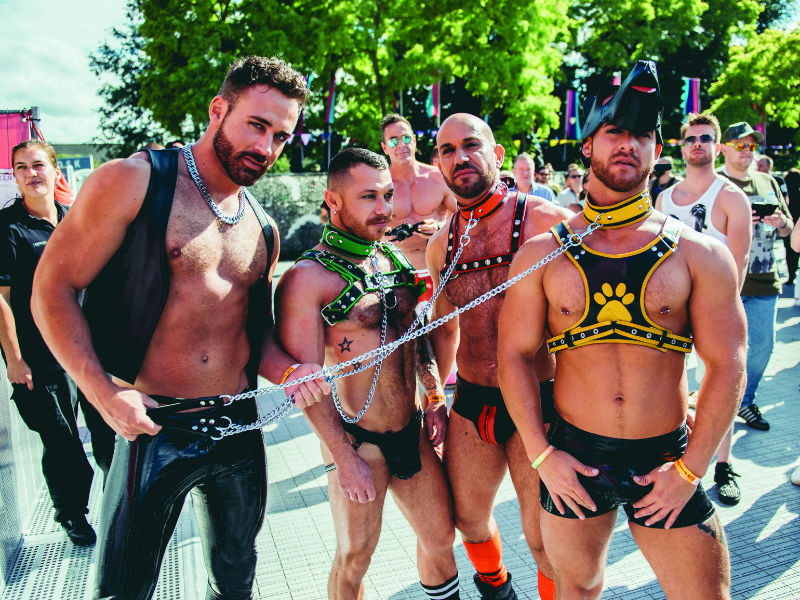 Marieke: “Everything was a little bit different. It was an indoor location in the city center that fit 12.000 people. There were three stages. Hell and Heaven – which is a bit of a Circuit-like organization from Rio. Supertoys – which we brought over from Amsterdam. And there was a live stage with famous LGBT acts from Brazil.”
Sinan: “That was kinda cool. It felt like a big concert. But somehow the Supertoys stage made an impression on most visitors. We directed it the way we would do at home: super cool visuals combined with great performances from local artists and our own styling. At the entrance they parked the main truck from the gay pride which played loads of different music and led to multiple spontaneous Vogue dance battles.”
Marieke: “When Sinan and I arrived that day I was nervous about one thing: would it feel like Milkshake? It’s this kind of relaxed feeling that a lot of people talk about and it’s hard to describe if you haven’t been before. So we entered and passed the drag queens on the lifeguard chairs and we saw all these people who were super happy and dancing. And suddenly I started crying and when I was done Sinan started crying as well. At the same time our Brazilians colleagues came over and started welcoming us hahaha. It was crazy. We worked really hard on it. We organized the Amsterdam edition at the same time. We had Skype calls in the middle of the night. And suddenly it was happening in front our eyes. It was so much all of a sudden. It was really amazing.”
Sinan: “At one point I started walking around to talk to people. Most visitors were dressed in normal clothing: jeans and t-shirts. All of them said ‘if I had known that Milkshake was so free, I would have dressed up as myself.’ They enjoyed the feeling of freedom and you felt that electricity in the air. This feeling of people being themselves. That was really cool.”
Marieke: “They really went for it didn’t they? We started drinking vodka after that. I mean we didn’t really have a function that day anyway. We instructed people how to hang up some balloons, but that’s it. I had such a hangover the next day hahaha.” 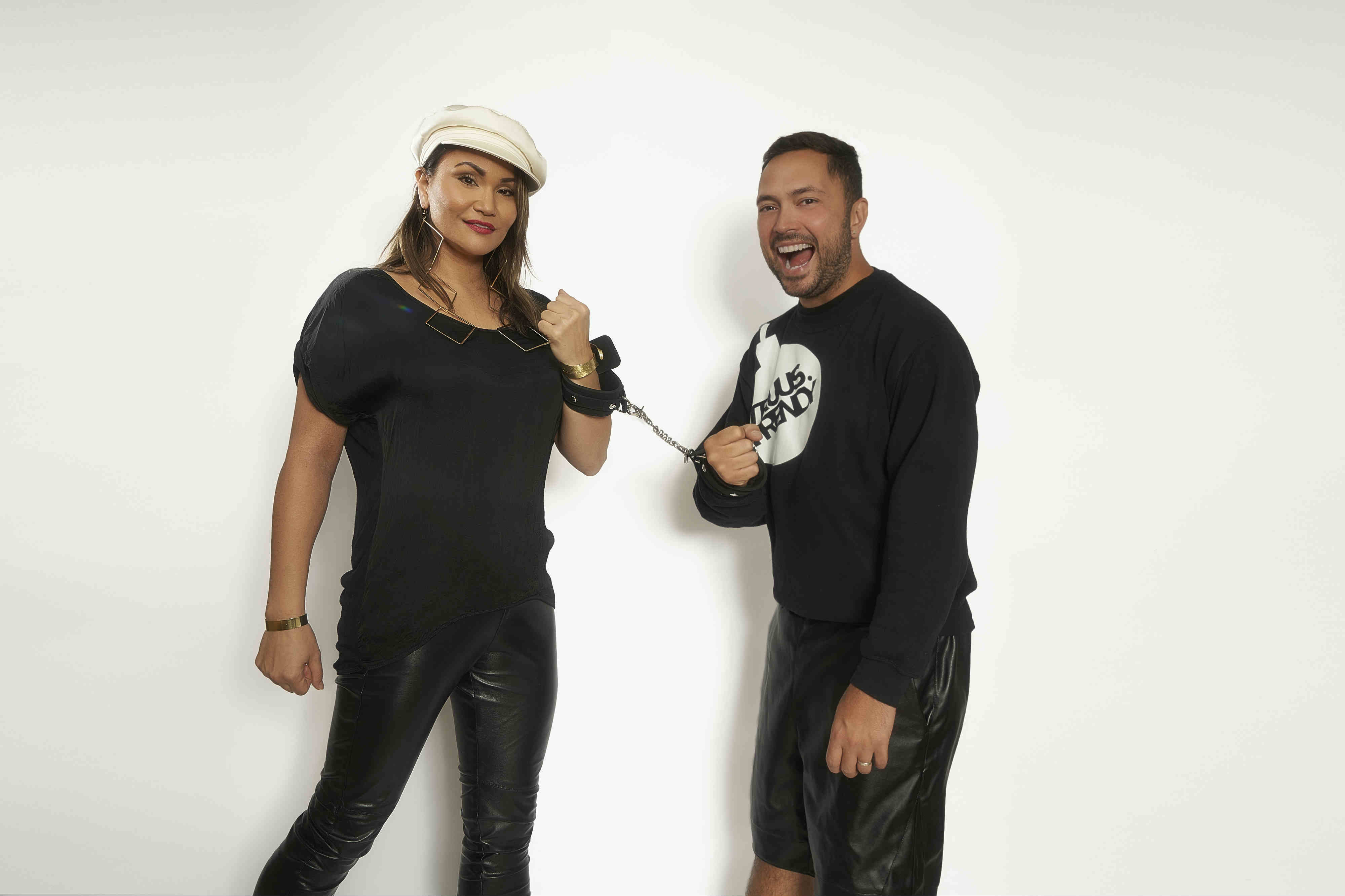 The next edition of Milkshake takes place in the Westerpark in Amsterdam on the 27th and the 28th of July 2019 and features a camping ‘where the beer is warm and the music is bad’ at least according to Marieke and Sinan. Want to experience that feeling of freedom yourself?

Check out www.milkshakefestival.com and get your tickets asap. The event traditionally sells out quickly!