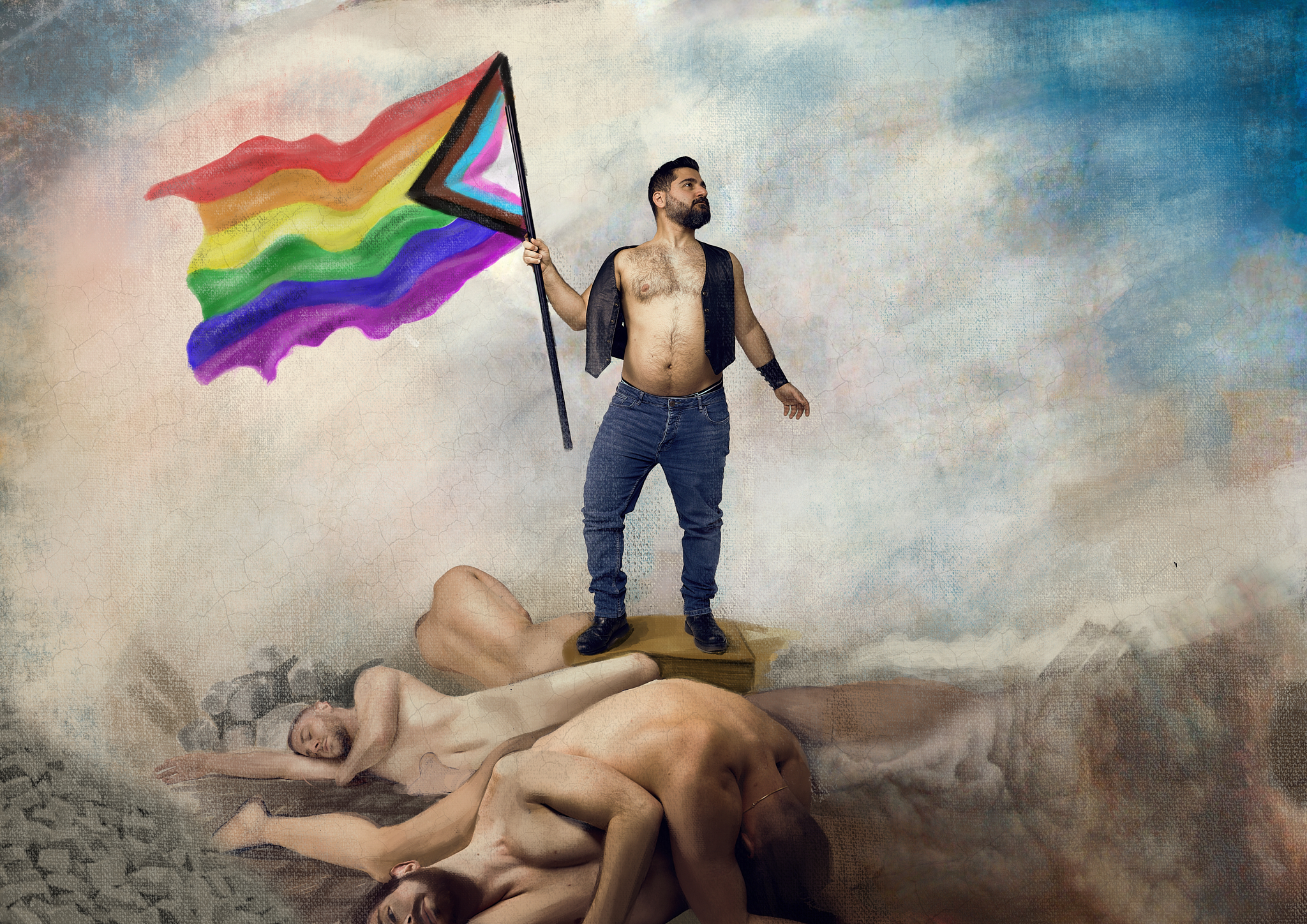 Displaced: The Story of a Syrian Refugee

For almost forty years, The Netherlands has welcomed refugees with the United Nations High Commissioner for Refugees (UNHCR) resettlement program. In fact, last year, a report by the CBS revealed there are 250,792 immigrants registered here. That is two hundred fifty thousand seven hundred ninety-two stories of bravery and tenacity in the face of loss and displacement, yet every single one is unique and deeply personal. This is Armen Melkonian’s story.

Let’s start at the beginning. Where did you grow up, and how was your relationship with your family and with society?

I am Armenian, born and raised in Aleppo, Syria, but I grew up in an Armenian Orthodox Christian family and community. I was the only son of my parents; that’s why they were determined that I would serve the Church, where I became an altar boy for almost ten years. As a kid, I was very quiet, and I would find ways to entertain myself with dolls, cars, and crayons for hours. Growing up with two sisters was a blessing because I could “borrow” their clothes and makeup and play dress-up. Living in the Armenian diaspora put a lot of pressure on me. The community’s expectations were harsh, and my parents expected perfection in my academic, professional and private life. 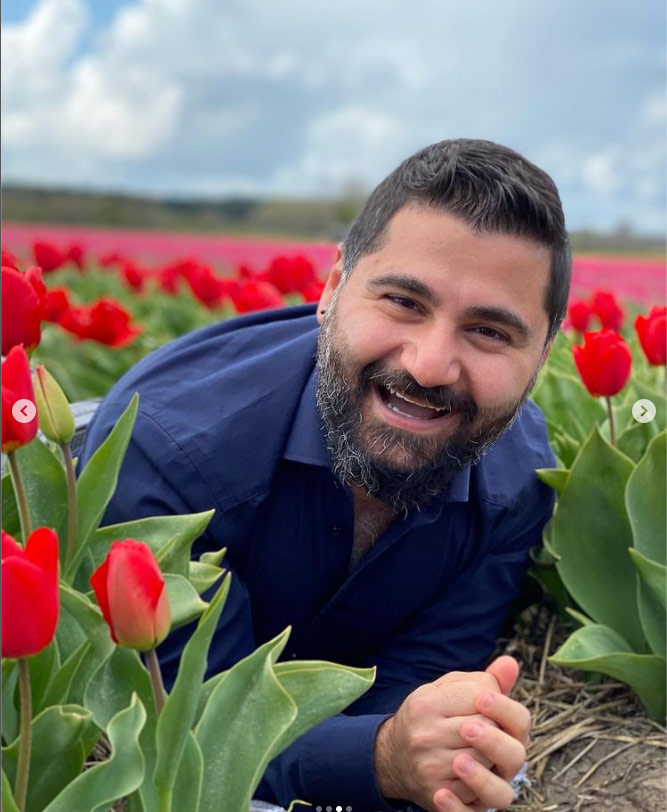 How was the experience of coming to terms with your sexuality in Syria?

When I was twelve, I found out I was different from my friends. I thought there was no one like me out there whom I could turn to or consider a role model. In Syria, it is illegal to be gay, and more than just frowned upon in the conservative community I grew up in. I kept my sexuality a secret for as long as I could, out of fear. I was lucky enough to discover the underground queer community in Aleppo – certain streets, parks, and squares where the gay men would meet undercover. Whilst it was comforting not to be totally alone, I knew I couldn’t survive it forever.

When the war broke out in Syria in 2011, leaving nothing but death and destruction in its wake, I knew I had to flee or die trying.

So how did that develop into you finding the strength to come out?

No one there dares to come out, so instead, they get married, have kids, grow old and lead a double life. I didn’t want that for myself. So, at the age of nineteen, after watching so many inspiring queer speakers, I dared to come out. My parents freaked out. They called me a disgrace to the family. My psychologist sister tried to cure me, and my friends unfriended me on social media and in real life. Even the gay friends I had made didn’t want to be associated with me since they were afraid of exposure. It was the worst feeling of loneliness, but it came with liberation and happiness. 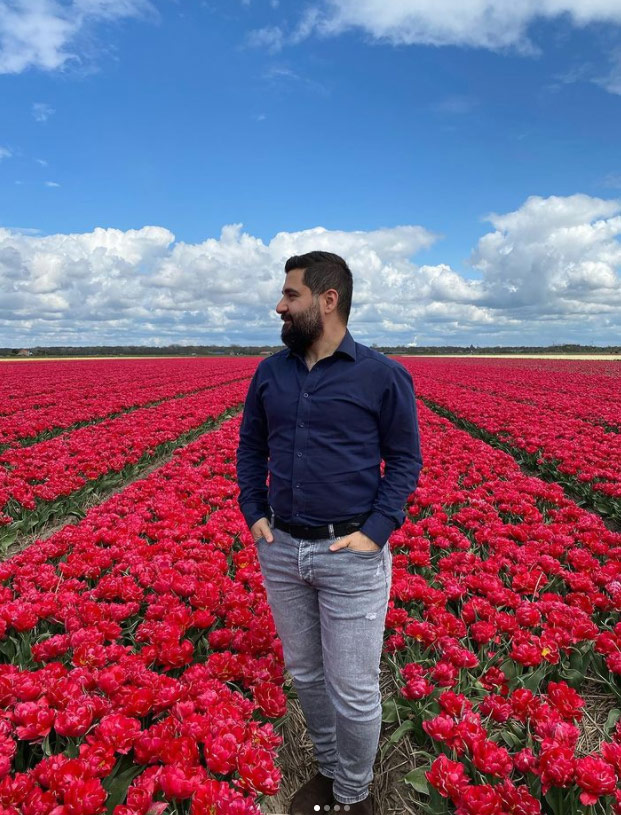 Could you share with us why, when, and how you ‘escaped’ Syria and ended up in The Netherlands?

When the war broke out in Syria in 2011, leaving nothing but death and destruction in its wake, I knew I had to flee or die trying. I contacted a friend in Lebanon and arranged for someone to smuggle me over the border. In February 2014, I made the route to Beirut. To my dismay, Beirut turned out not to be as safe for LGBTQ+ people as I thought it would be. I decided to try my luck in Europe, so I asked for asylum through the UNHCR’s resettlement program. After five screening interviews and almost two years of waiting, I finally got the call from them saying I got invited by The Netherlands. I got fortunate with them because they arranged everything – from the flights to an apartment for me to live in upon arrival.

When you finally did get accepted to come and live in The Netherlands, how was the reception you received from Dutch (and expat) locals?

When I first arrived, it was winter. Everything was dark and gloomy and cold – a classic welcome to the Netherlands as I have come to learn! I didn’t know anyone, so I would sit in my empty house alone for weeks on end, staring at the walls! If I sound unappreciative – let me assure you that I wasn’t. I was grateful that I wasn’t in any immediate danger like before but moving to a Western world presented its own set of challenges. Whilst most Dutch people were welcoming, being a foreigner meant I encountered some racism; people who told me to go back to my country if I didn’t like the weather, or the funny ones who threatened to call the IND ‘as a joke’. The gay scene was not all unicorns and rainbows either as I had believed. As soon as guys would find out I was from Syria, they thought I was an escort and would try to offer me money. Some guys would try to touch my hairy arms or chest without consent, as if I was just an object. It took me a little while – and a crash course in the tendency of the Dutch to be direct – before I was more comfortable being assertive and felt empowered to stick up for myself. 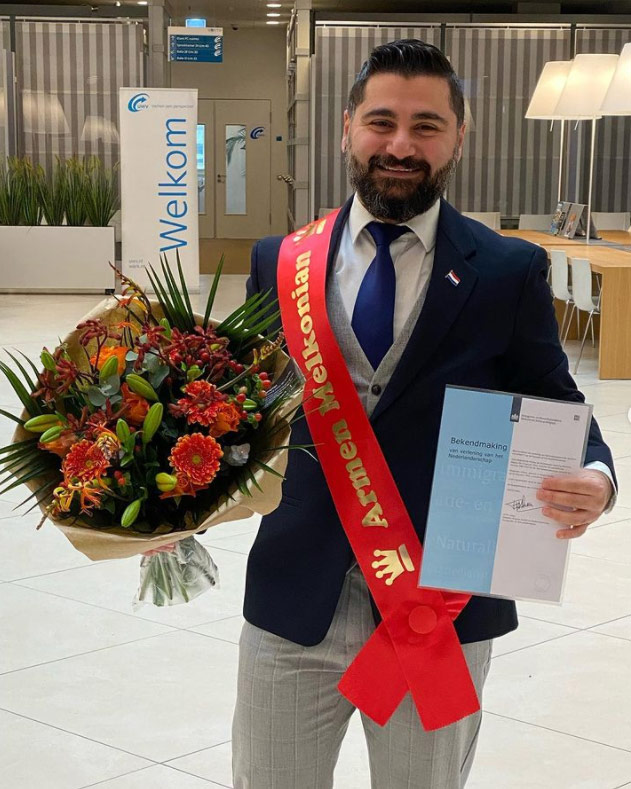 You have been here for nearly six years. What has changed and how is your life now?

I feel a lot more settled. I learnt the language and graduated from an international university of applied sciences in Hospitality Management. Currently, I work at the same university as a student recruiter. I got my singing talent back and joined the Amsterdam Gay Men’s Chorus. I did volunteer work with many refugee-oriented organizations and tried to inspire others. And I dated… a lot! Eventually, I found the right guy for me, who I have been with for over a year. So, I have a lot to be happy about, and I truly am. I thought I would never truly understand how it feels to be ‘home’. But living where I’ve lived, and always being on the move, made me realize that for me, home is where I feel safe. 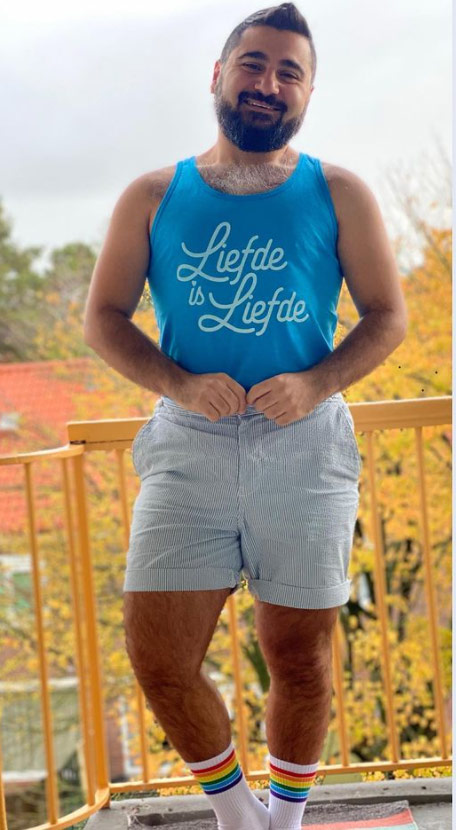 Looking back from the stable and healthy position you are in today, how is your relationship with Syria today?

Leaving Syria in 2014 was the best decision I could make, and I still feel that way to this day. With that said, I have a lot of happy memories from there. I miss my friends, school, church, and the locals with their warm, hospitable hearts. But nothing can compare with the freedom I have here, in the Netherlands, to be myself. It is the country of opportunities, and I’m ready to seize them!