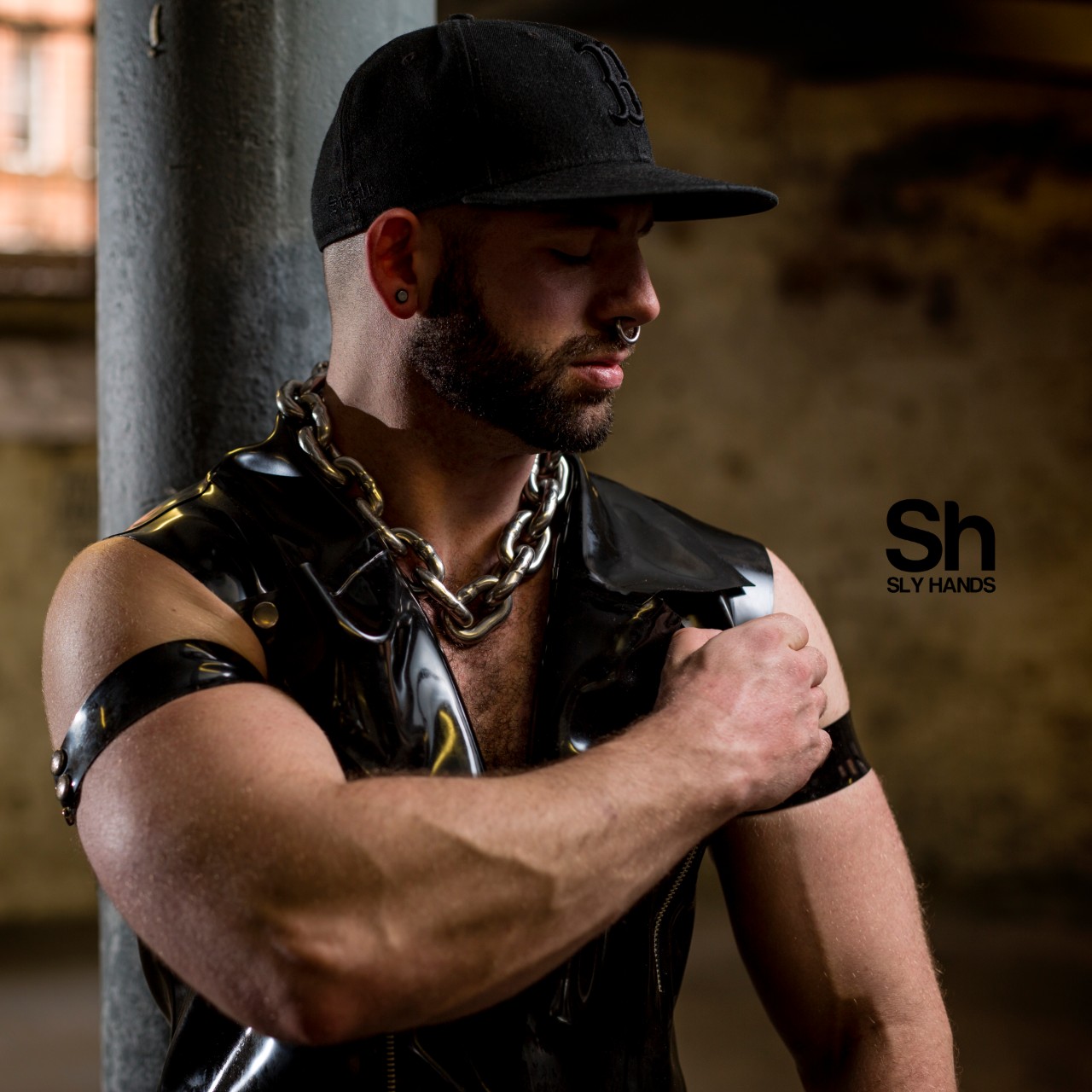 Taking it to the Nth degree with Oli Dickinson

Oli Dickinson commands attention the moment you lay eyes on him with his rough demeanor, big arms and cheeky smile. The 33-year-old personal trainer from Manchester is a famous face within the fetish community, who loves to be in control. So what makes this sir-with-a-septum-ring tick? Wings sat down with Oli to talk about his devotion to rubber and leather and the positive impact kink has had on his life.

Let’s start with an easy question: what is your favorite fetish or kink?
“Oh wow, it is probably quite wide ranging. There are a lot of different facets of fetishism that I am interested in: rubber, leather, military, skin… But the thing that combines them all for me is the concept of control. Even before I found out about fetish my sex life would always involve elements of aggression, control, discipline and protocol. Since my early twenties I was largely having sex with vanilla people, who were quite put off or perturbed by that (he laughs). It was not until I moved to Manchester about five years ago that I first started to discover the fetish scene and meet like minded men. I think fetishists are rather born than made in that respect. I hadn’t had any exposure to the fetish scene, it was just something that was inside of me that came out during vanilla sex. I think that is important for people to understand. A hot topic in the UK at the moment is fetish representation at Pride. You hear things like: ‘Think of the children’ and ‘Is it right for them to be seeing this?’ I wish I had seen it at a young age. It would have saved me years of confusion about where these feelings were coming from and how to deal with them.” 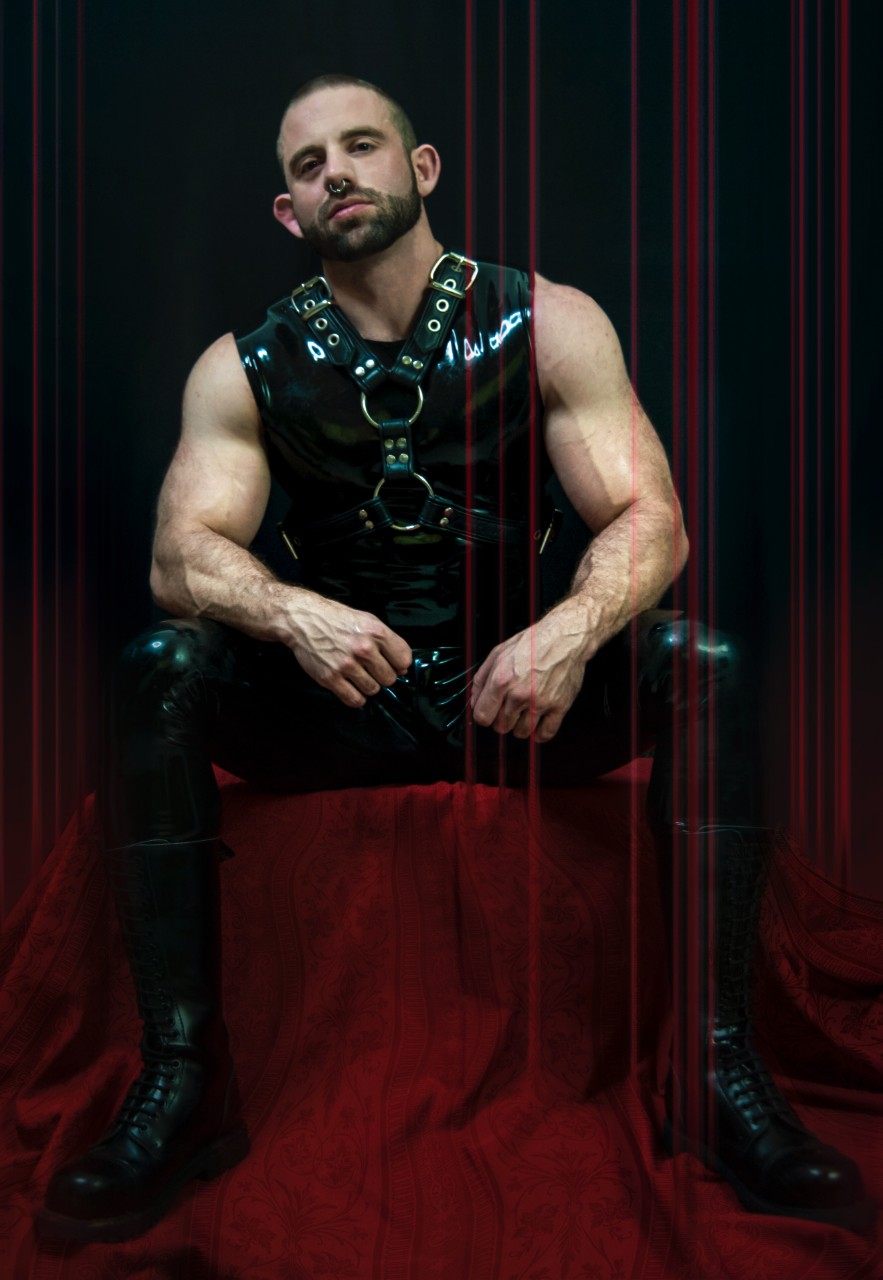 The age old debate: leather or rubber? Which side are you on?
“I used to be a purist in rubber for three or four years, but recently I have been getting more and more into leather as well. They both affect me in different ways. I find rubber almost a little dehumanizing. You move differently. It becomes a second skin and that changes you. People in rubber feel like another race to me. You step out of humanity and create your own society and rules. You essentially become a super being. That is really good fun, because it can get more playful and aggressive. Leather on the other hand has an earthlier feel to it. You are very much a human being wearing a uniform of superiority. It empowers you. You are not creating rules, but reinforcing the ones that are already in place and you use those to the maximum of your ability. There are rules on what to wear and how to wear it. Clothes have a meaning and dictate how people should approach or address you. Leather and rubber make me feel incredibly dominant and controlling. When I wear leather I am myself at my most powerful. Rubber on the other hand turns me into something else entirely.” 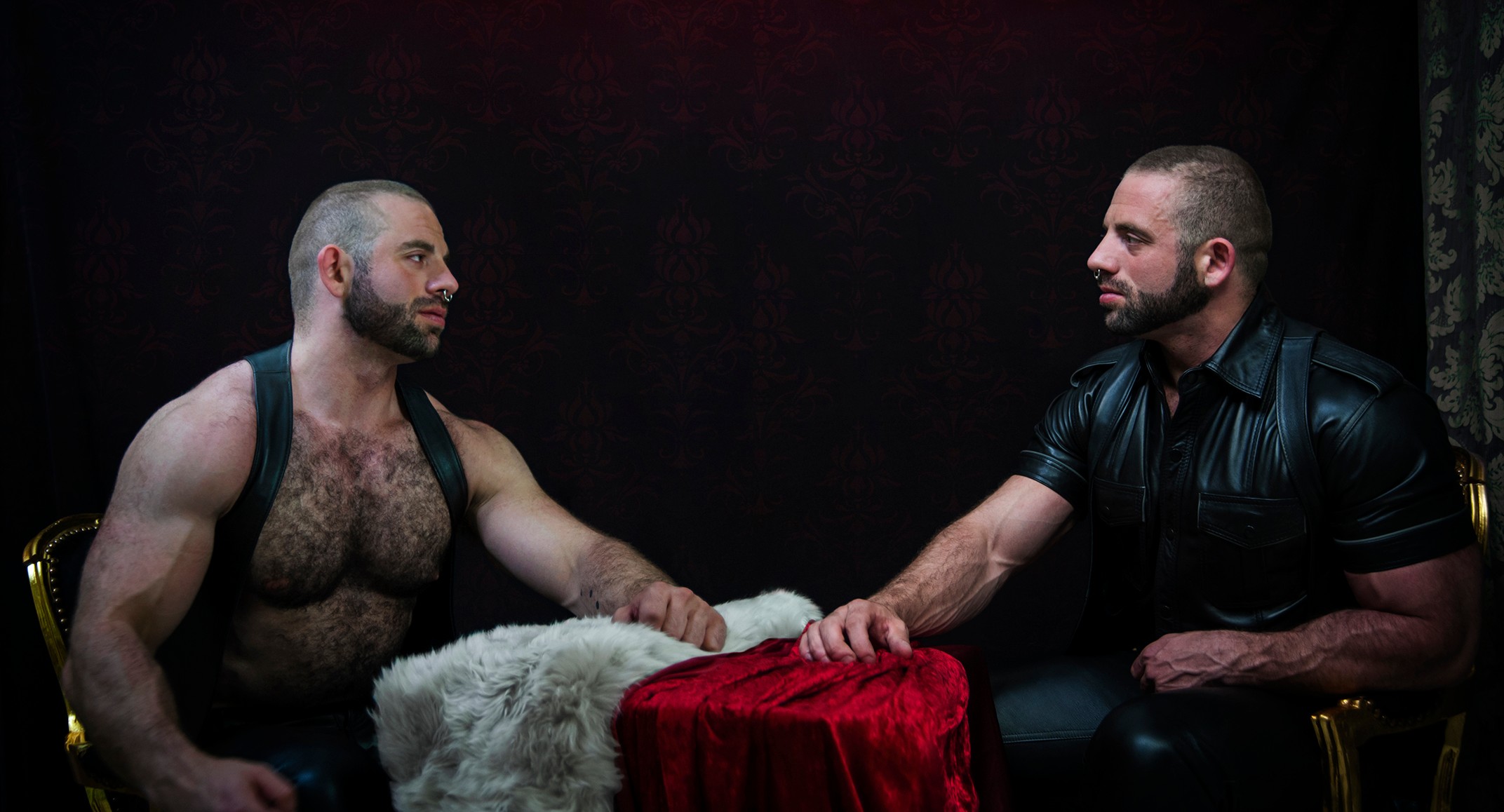 What role does fetish play in your life?
“It is pretty universal. It has become part of my day to day life. I have met people through fetish that have become part of my chosen family. Some of my closest friends are fellow fetishists and I value that there is a lot of support from the Manchester fetish community when one of us suffers hardships. Fetish is always present even when I’m not playing. It is something that might be discussed or I receive some kinky pics through social media. And I am still finding new ways to play. You can never get bored of it. Fetishism started a long time ago when someone looked at sex and thought: how can I make this better? How can I make this more interesting? And then the rest of us took it to the Nth degree. There are a million different things you can do and I think that is absolutely fantastic!” 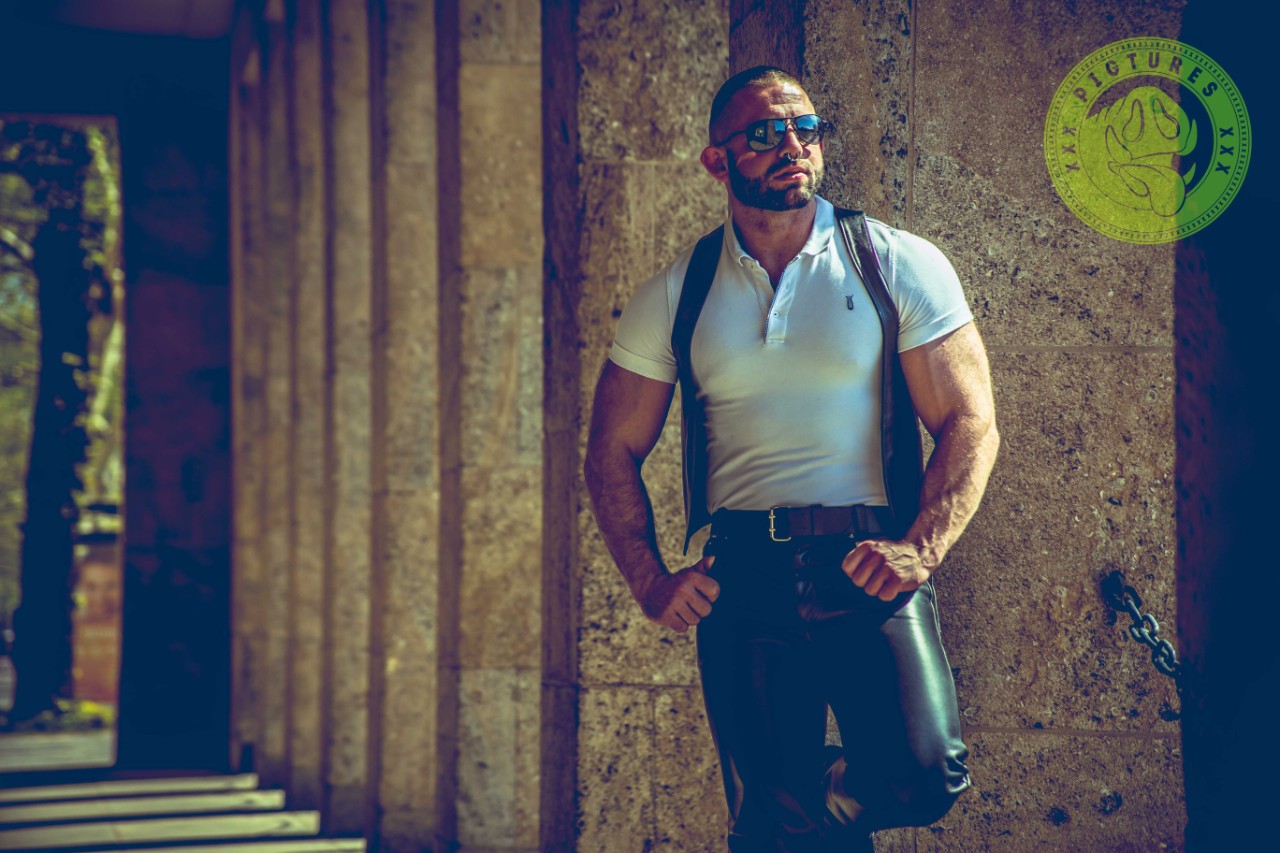 What new kinks have sparked your interest recently?
“I am getting more and more into rope play. When it comes to bondage I prefer heavier materials like steel and leather. They feel more permanent to me. Chains and steel for example look incredibly enslaving. Rope on the other hand seems like a lot of work (he laughs). But I am starting to appreciate the aesthetic quality of it and the concept of taking the time around it and how that can play into different scenarios. And that is really good fun. The skin scene is new to me as well and it is one that I am getting more into lately. I haven’t gone to my first skin night yet, but I have been playing around with it privately. The scene is notoriously aggressive and as I have mentioned before that is something I quite enjoy. There are a lot of other things that I have been playing around with recently, but I won’t disclose them all. Your readers are welcome to contact me if they want to know more (he laughs mischievously).” 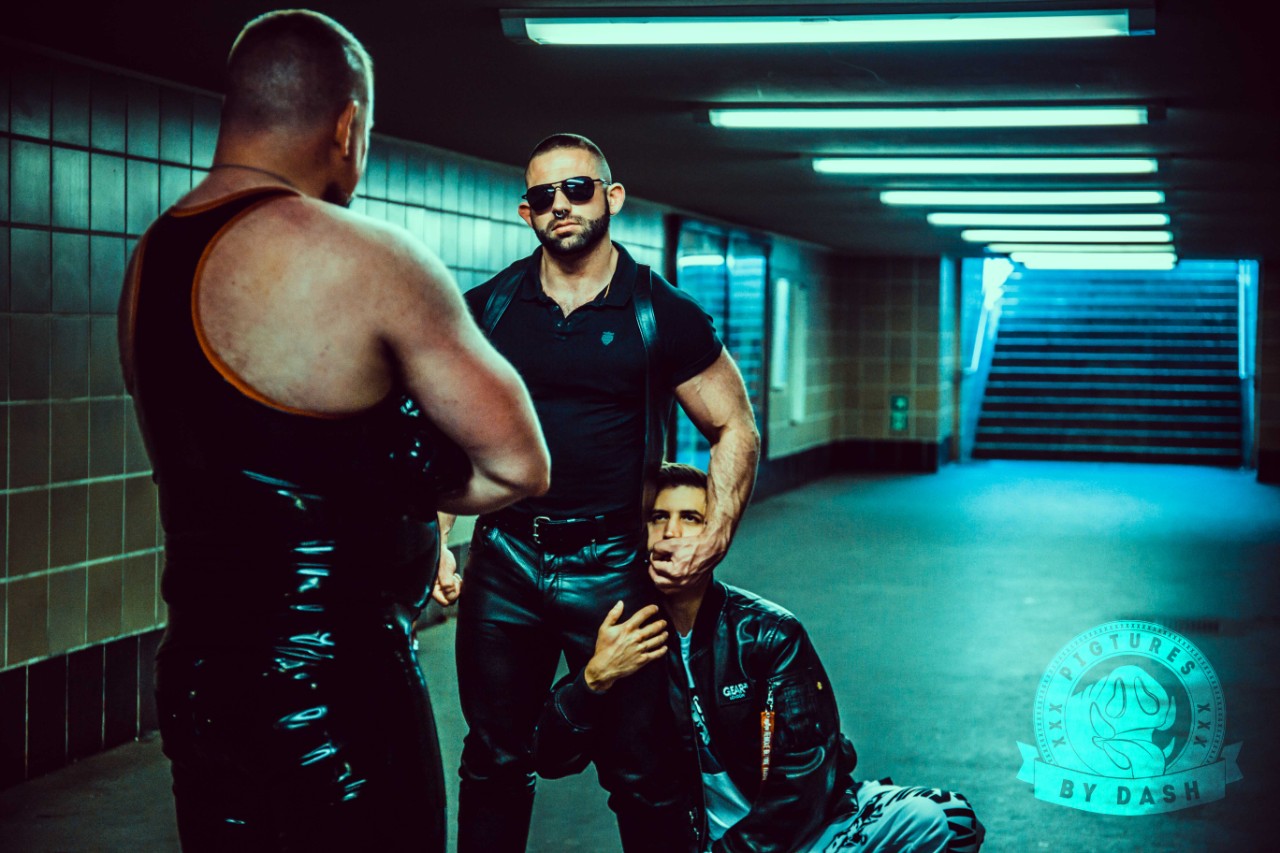 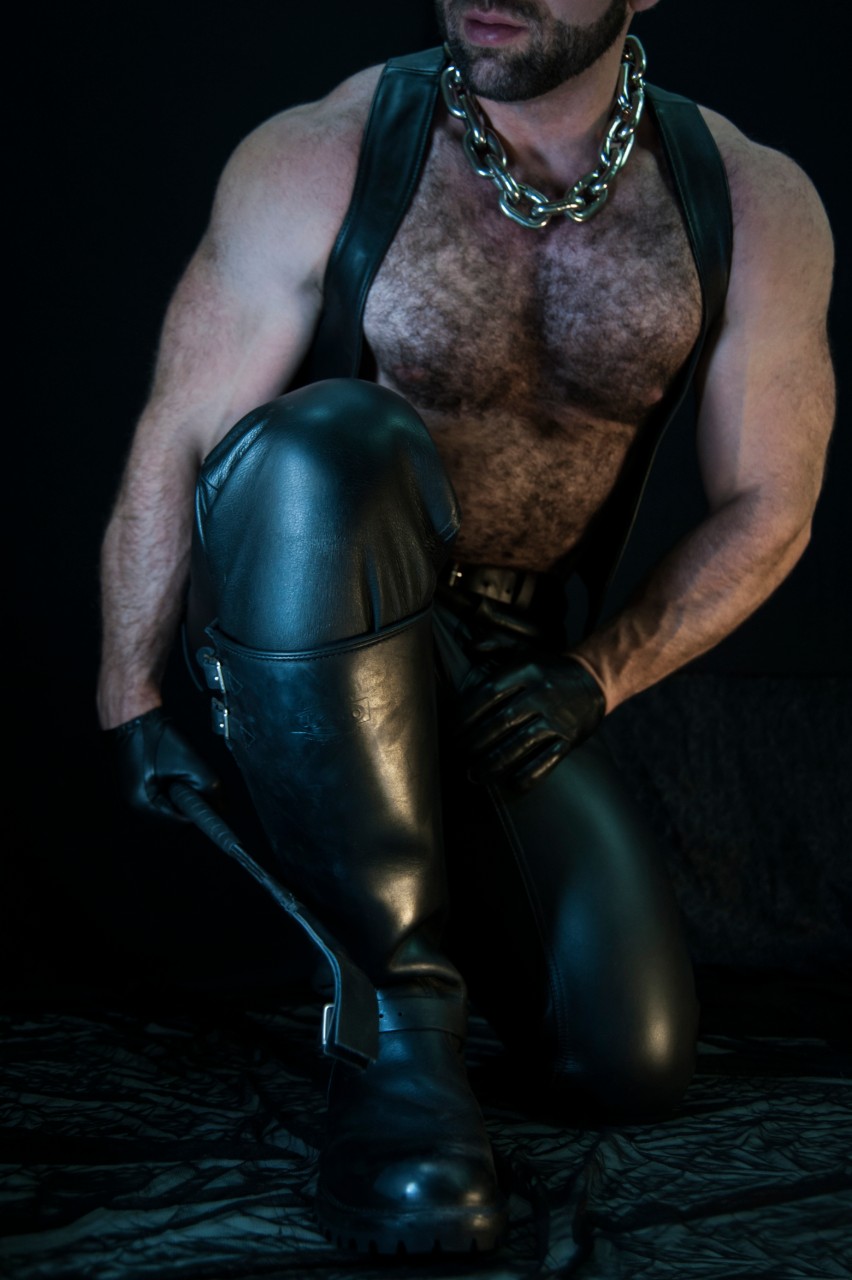 Get social with Oli Dickinson and follow him on Facebook.com/oli.dickinson.5 .
Want to get in shape with his professional help? Then check out Oli’s personal training website odpt.co.uk. He will basically tell you what to do, which works for him and you! #winwinsituation