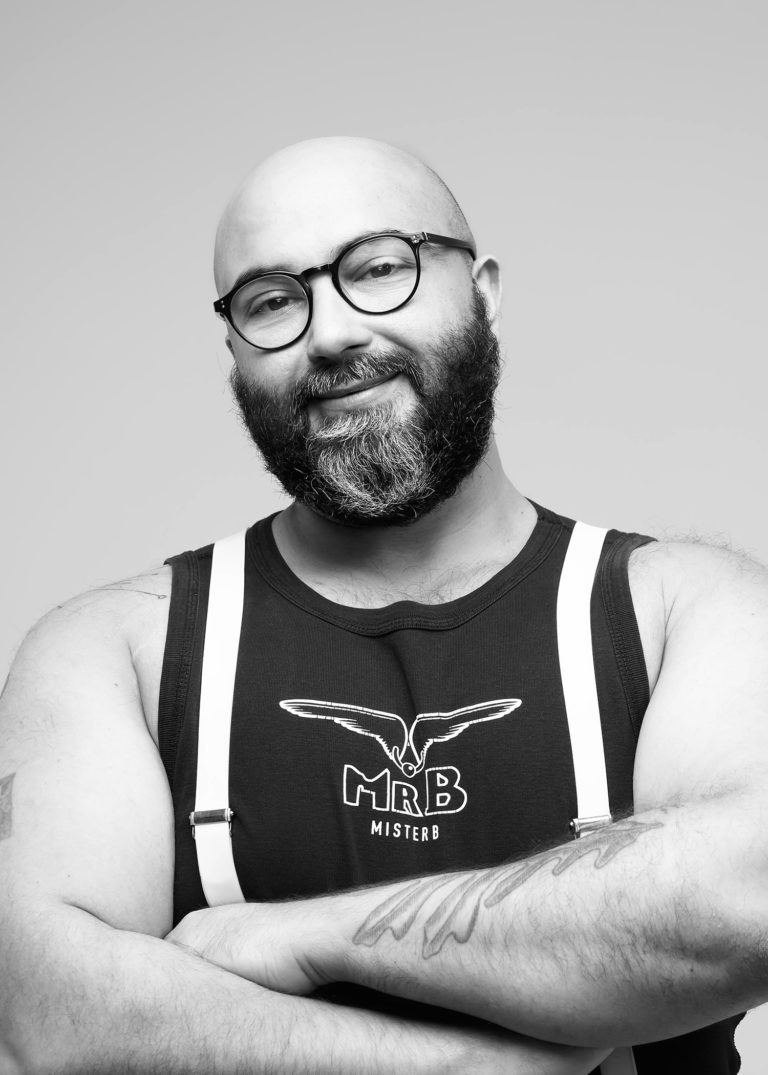 I was standing with my boyfriend Carlo at an Amsterdam metro platform at around midnight, waiting for the last train of the day to arrive when I found myself questioning our safety…as gay men. Nothing physical happened in the end, but that we couldn’t know for sure at the time. After an initial exchange of a few words, Carlo and I began to move away from this menacing stranger who continued to express his disgust over our queerness with pseudo threats. In the few minutes that passed while I was thinking about how to navigate this possibly risky situation, the array of thoughts and feelings seemed endless. Was I able to fight this person should he get closer? Was he drunk or high and uninhibited? Did he have a weapon on him? Can I protect Carlo from this person? All these questions ran through my mind as he was recording us with his phone, threatening to ‘give us problems’ because of our gayness.

The situation began when this person had noticed Carlo and me standing very closely as he walked onto the platform. To this person, we were standing conspicuously close for two adult men. Standing face to face, talking and smiling, we were standing romantically and it triggered something in this person that incited an urge to film and mock us. Nothing physically happened to me, but something happened emotionally and psychologically. It got me thinking about my gayness in the city I live in. I’ve had the privilege to not have to think about this for many years.

This moment triggered that intrinsic ability I developed as a young queer person to navigate my safety by behaving or acting in a certain way; particularly acting straight, when it is safer to do so. If you’re gay or queer, you’re probably very familiar with this. I left the scene cautious of how gay I looked or behaved, and however fleeting that caution was, the idea of it resonated. It reminded me of the code-switching many of us do as gay men. Switching from comfortably flirting or kissing openly or behaving in a more or less flamboyant way depending on in which spaces we are at the time. It’s almost inevitable for most of us as we’ve come to do it unconsciously.  Though it isn’t very often, I still need to act straight from time to time.  Like when I am near a group of guys I may read as homophobic. They may not be homophobic and it could all be the doing of my unconscious biases, but I am not willing to take the risk so I don’t hold my boyfriend’s hand in front of them. Or I puff my chest up a little, compose a taller posture and maintain a grimace on my face as mere safety mechanisms. When caught off guard and faced with a possible threat because of my gayness, it sparks those feelings from my past; The feelings that taught me how to behave.

When it’s a matter of safety, and even survival for many, it’s understandable that such ideas get so instilled. It’s no wonder that acting straight, or passing is so highly valued in the gay scene; when acting gay is so often considered too risky and therefore undesirable. This could shed some light on why so many men project this internalized homophobia on dating/hook-up app profiles, demanding only ‘masc’ or ‘manly’ men message them. There is a reason why these men would only want to fuck, date, or be seen with straight-passing men and why macho, masculine-presenting men are so highly desired in the gay scene. Masculinity is a subjective term, but in this context, the meaning is synonymous with passing as straight to the untrained eye.  Growing up and learning that gayness is wrong, vile, and punishable by social ostracization or even death, you learn to hate it as well. If you never unpack that as you grow older, you bring it with you on your dates, hook-ups, to the bars, and the apps. You carry it with you everywhere you go.

Without understanding that we are sharing homophobic ideals when we say ‘masc’, ‘manly men’ or ‘masculine men only’ on our Scruff profiles, we simply recycle the same hatred that has been gifted to us. When this masculinity is defined by straightness in appearances, straightness maintains a higher value by society, including gay society. This act upholds the very social systems that keep us from being treated equally or having equal rights to safety when we walk hand-in-hand, and it hurts not only other gay men but also ourselves. Though this is unfortunate, this is typical human behavior. We hurt because we’ve been hurt; we’ve been traumatized.

Trauma is not only caused by a singular significant event, it’s also the subtle and ongoing experience of growing up in a world that doesn’t accept you for who you are. The psychological impact of that trauma which we carry from our youth is profound. Such trauma is then compounded by specific, individual experiences like being fat, effeminate, non-white, having different abilities, being of lower social classes, having less education, or any other part of our identities that society can make us feel bad about. To a certain extent, we all have some trauma to unpack, and we need to unpack it or it’s going to spill its way out on its own. Just as we’ve seen on the apps and when we get harassed on the metro platform. Both in and outside the gay scene, people seem to be pissing their trauma all over each other and it makes it feel unsafe for many to be themselves.

This isn’t about blaming anyone for their words or actions. This isn’t about blaming ourselves for hurting others. We can’t be held to impossible standards, like a saint or mother-fucking Teresa. We are human and we are shaped by our experiences.  We aren’t born hating others or ourselves, hatred is taught. This is about taking that understanding and growing with it. This is about trying to work through our traumas. Let’s talk it out, let’s deconstruct it, let’s challenge it, and let’s talk about it some more.  Believe me, I’ve been working through mine for years now and I feel gayer already.