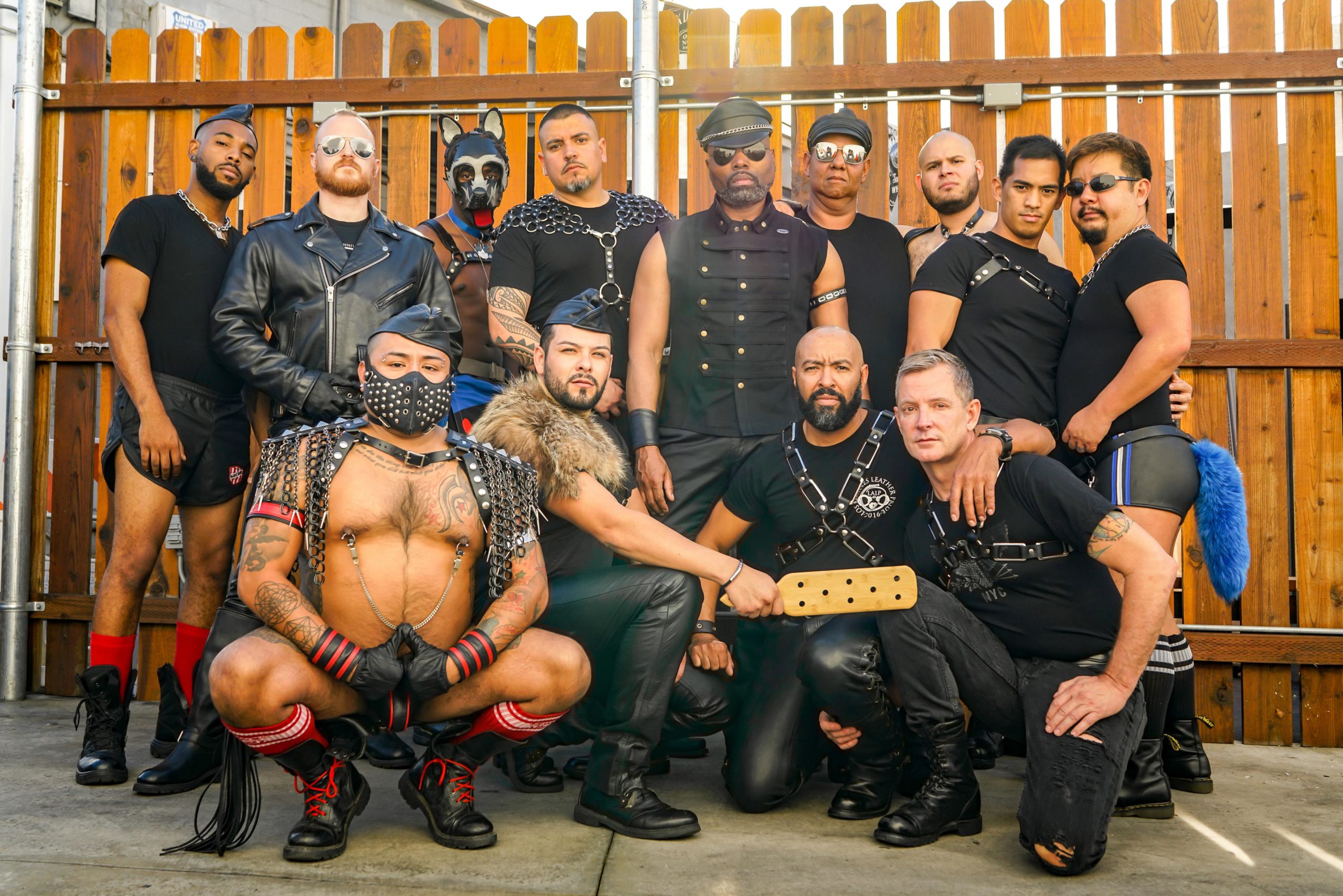 Working towards an inclusive and diverse leather community with ONYX

ONYX is the longest existing leather and fetish club for people of color, with nine chapters in major American cities including Chicago, New York, Atlanta, and Los Angeles. This year ONYX is celebrating its 25th birthday, amidst the COVID-19 pandemic and Black Lives Matter protests. WINGS sat down with Suede Onyx and Chad Onyx from the Southwest chapter based in Los Angeles to talk about the history of their club, the support it gives to the wider LGBTQI community, and the strange times we are all currently living in.

Suede you are the president of ONYX Southwest and Chad you are one of the original founding members and have been with the club for more than 20 years. What does ONYX stand for and who are your members?

Suede: “ONYX was founded in 1995 as a leather club for men of color. Our founding fathers felt there was a void, so they started ONYX to provide education, fraternization, and to serve as a bridge for men of color to the greater leather community.” 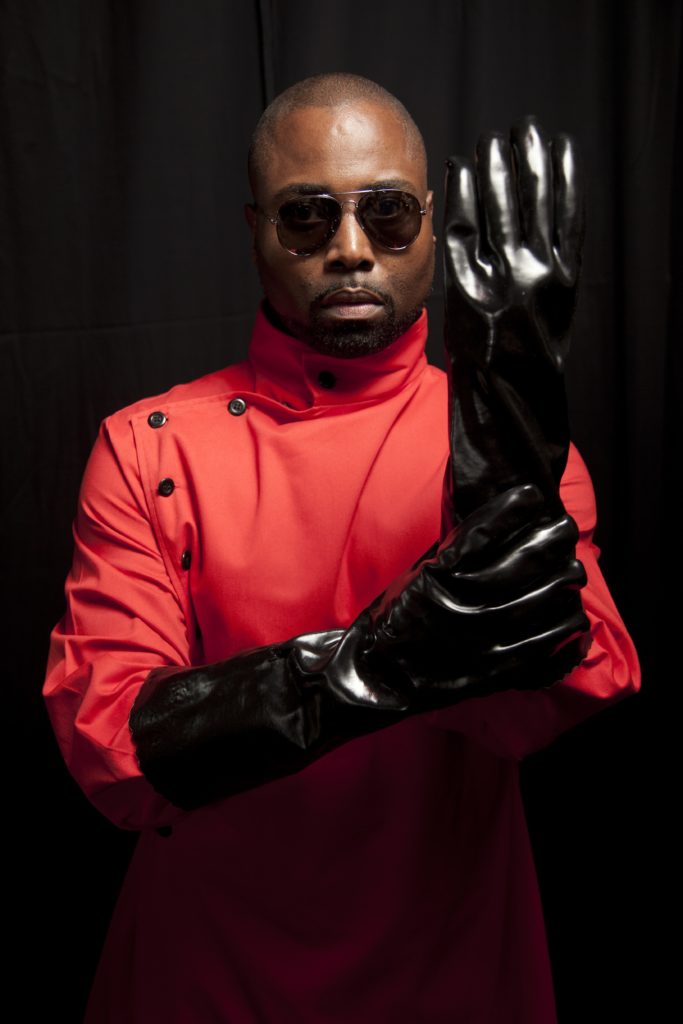 Did you feel there was a need for what you were doing? Were men of color eager to join?

Chad: “When I joined in 1996 in Chicago there were only 12 of us. But as soon as we started having bar nights they came in in droves. They saw the camaraderie and the brotherhood we had to offer. When we began organizing dances at International Mr. Leather in Chicago and later on a cocktail party and gear show at the Mid-Atlantic Leather Weekend in Washington DC, it brought about a lot of interest from other people, and then we expanded outside of just men of color. We invited women, heterosexuals, trans men, non men of color, and now we are 500 strong nationwide. We have different levels of memberships. Full membership for example is reserved for gay and bisexual men of color who are 21 years of age or older and have a serious interest in BDSM, kink, and fetish. Associate membership is for any man, woman, or gender non-conforming individual of any race, ethnicity, sexual orientation, or gender identification, as long as they share the same interests.” 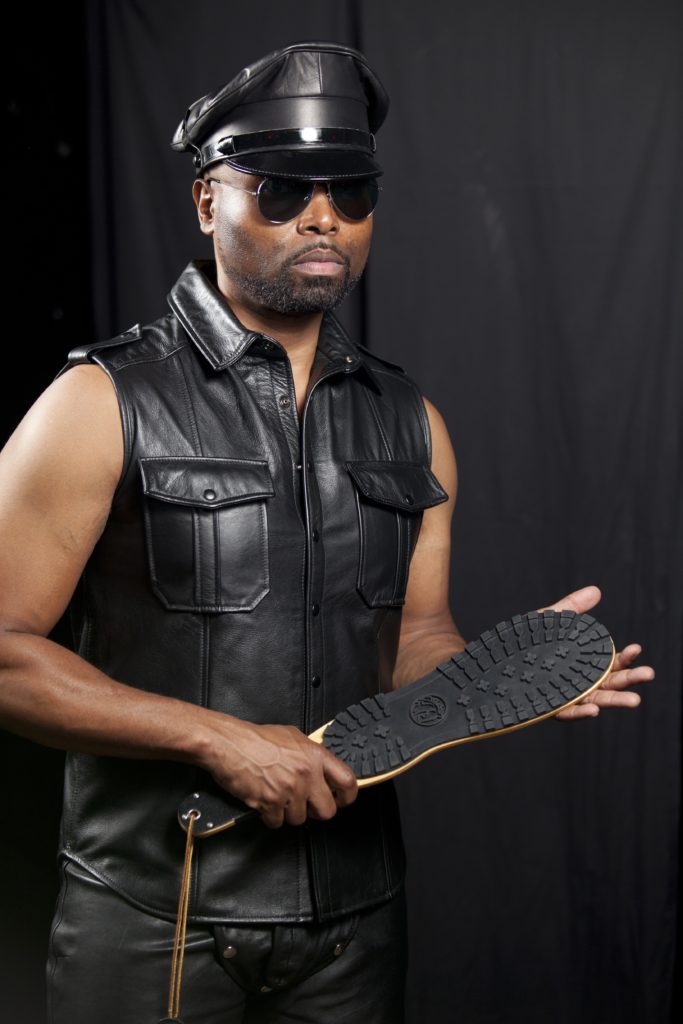 What effect has the COVID-19 pandemic had on ONYX and its members?

Suede: “Most of the leather bars in Los Angeles have closed down and we are not able to meet up in person anymore. We used to go to events every week and now that has come to a halt. As a result, our activities have gone online. We did a ‘virtual beer bust’ on Zoom with go-go dancers, a raffle, and a DJ playing in the background, but the attention span of people went down really quick – they can’t do a whole lot in their house by dancing or participating like that. So we switched over to doing kink and fetish demos on Zoom where we empower and educate people about role play, electric play, sounding, fire play, etc. We have a lot of members that are novices and don’t know a lot about kink, but they are interested and eager to learn. We partnered with more experienced members from our other chapters for this educational series. The response to that is great.”

Before we go on to talk about the charity work that ONYX does, I would love to hear about your personal kinks…

Suede: “I’m a flogger, that’s my specialty. I do that a lot at the Eagle LA, our home bar, where we used to meet up once a month before the pandemic.”

Suede: “You gave him the whole laundry list of kinks hahaha.” 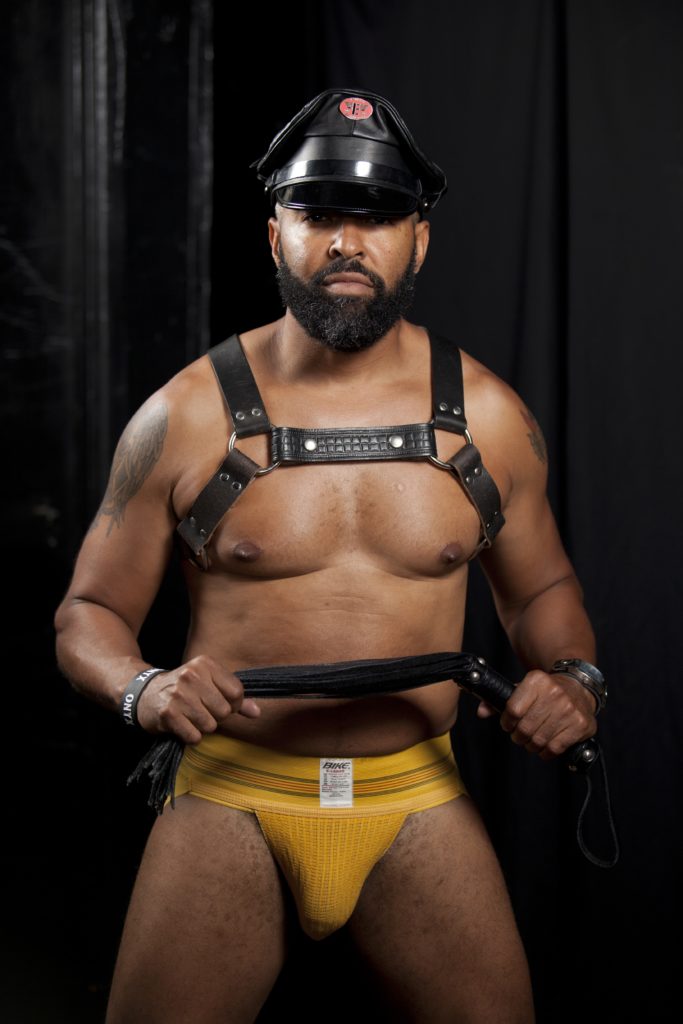 ONYX is not just about meeting like-minded people and going out to fetish events. You do a lot of charity work as well. What organizations do you support?

Chad: “We primarily try to target LGBTQI POC (people of color). However, we have learned that since our organization is all about inclusivity, it is important to include non-POC groups as well. We have contributed to the LA Food Bank, the LGBTQ Center in Long Beach, LA Mission House for homeless people, and AVER – Americans Veterans for Equal Rights – because we have military folk that are part of ONYX. We typically give to local HIV care organizations, like Minority AIDS Project, Black AIDS Institute, Bienestar Human Services which is primarily Hispanic, or organizations that aid youth, like REACH LA.” 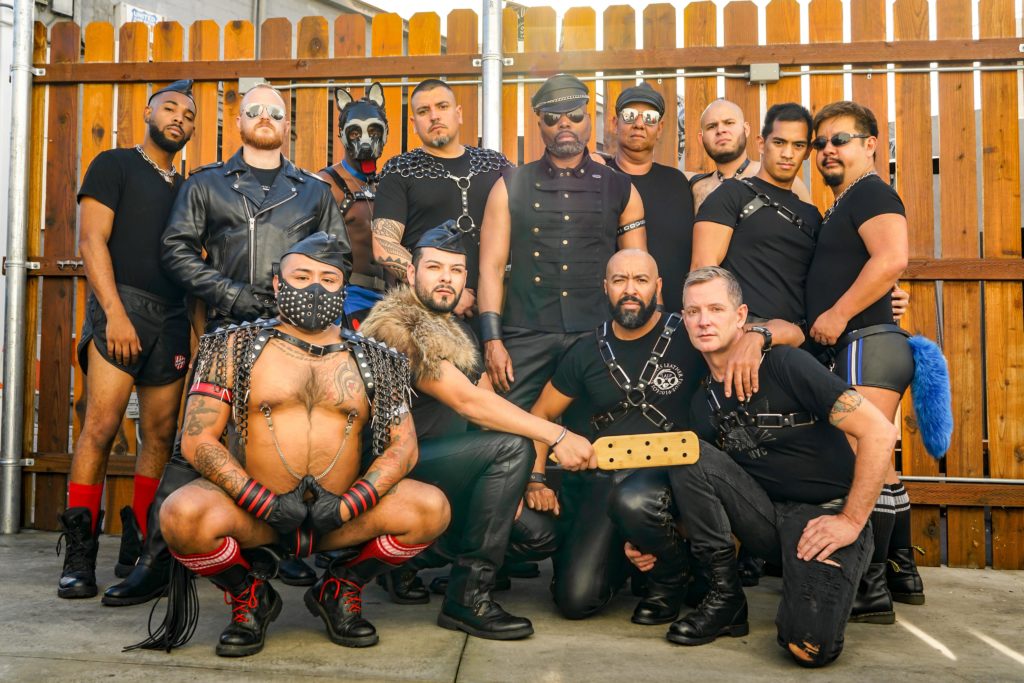 Suede: “ONYX Southwest has supported more than 15 different organizations. A large percentage of what we do consists of financial contributions; from money, we raise at our monthly meet up in Eagle LA. All of the proceeds go back to the community. We volunteer in person as well, but because of COVID-19 we, unfortunately, have had to limit those forms of outreach at the moment.”

The members of ONYX count themselves among those demanding change after the death of George Floyd and so many others like Breonna Taylor and Ahmaud Arbery. What impact did these deaths have on your members and how is your club involved in the Black Lives Matter movement?

Suede: “When George Floyd was murdered everyone was in a state of shock and we weren’t quite sure what to do. It felt like trauma. We took a moment to address it and to actually check in with all our members: ‘How are you doing? How are you affected?’ We let them vent. We wanted them to be heard. It was what we needed to do. People were mad about how the police had been treating people of color. Some of our members had experienced it first hand. Some had heard of the experiences of others. Sometimes these things happen and they stay closeted. People don’t share their stories. But if you give them an opportunity to talk, others can relate to it. They can say ‘that has happened to me’ and then we can talk about doing things differently.”

Chad: “We did not join the protests that were happening all over California collectively, but we joined them as individuals and in smaller groups. A couple of my brothers and I would literally sit down in the middle of major intersections for as long as the officer kept his knee on George Floyd’s neck. It was a huge thing for us to say ‘we are not standing for this anymore’. We were mad. We were angry. We were tired. We had to have our voices heard. And just saying ‘stop treating us this way’ wasn’t enough. We had to take to the streets. We had to assemble. We had to protest. And we are going to assemble every time it happens again going forward. Whether it’s George Floyd, Breonna Taylor, or any other person of color, we are going to the streets because we are tired of being treated as if we’re not equal.”

Suede: “At the end of the day we are just kinky men that love to have a good time and that enjoy each other’s company. We just happen to be people of color.”

Chad: “I want everyone to know that we are here and that we are not going anywhere, so you might as well invite us to the table. We can add a lot to the discussion. From our experience and from our point of view. We want to see the fetish and LGBTQI community grow as a whole. Inclusivity and diversity should be major topics of discussion in any club. That’s our biggest mission. We want everyone to feel that they belong in this community.” 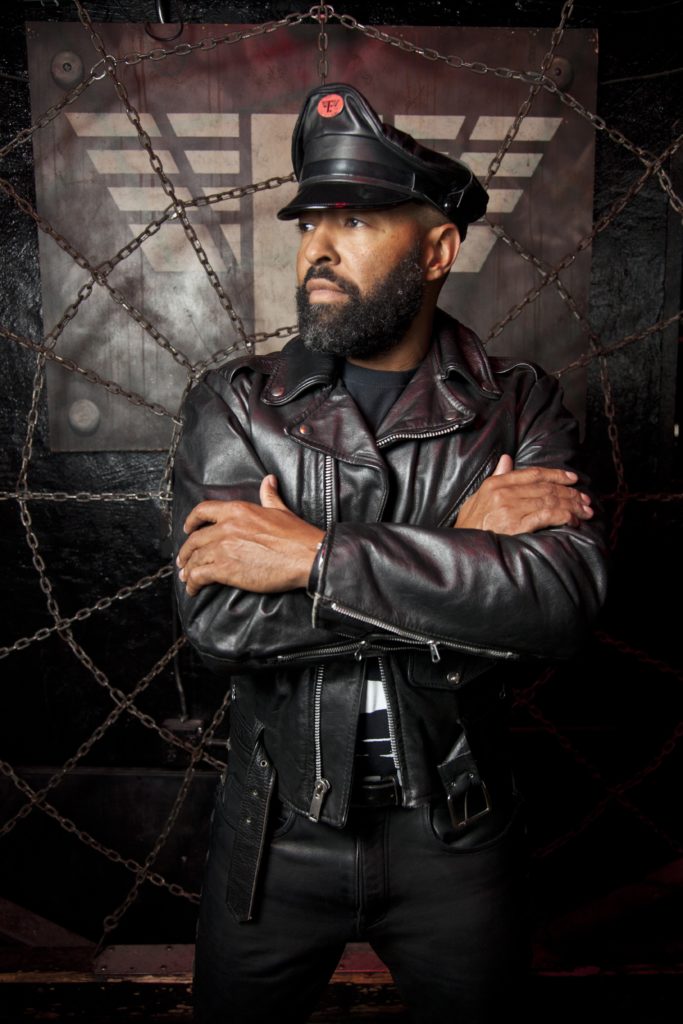 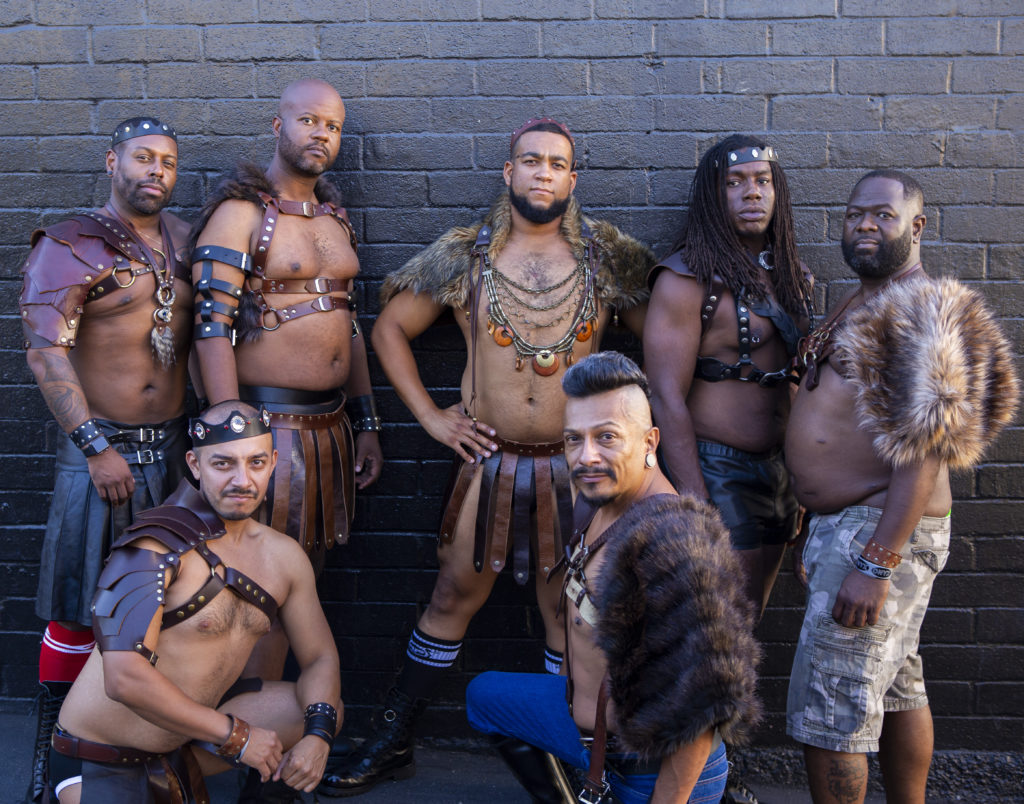